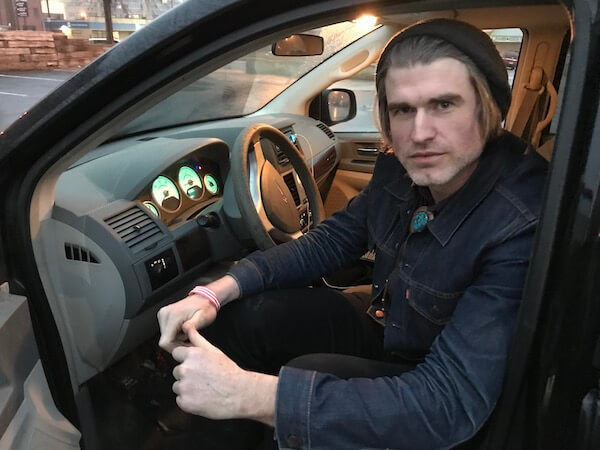 Maybe, if you’re lucky, the next time you call for an Uber or Lyft after a hard night of partying, you’ll get Matt Whipkey.

He’s the guy who drives the black 2010 Chrysler Town and Country. The guy with the perfect hair.

“OK, here’s a weird one I had last night,” Whipkey said during some off time on a drizzly Sunday afternoon at Zen Coffee. “This woman grabbed me too many times during the ride. I felt uncomfortable. She was in her 40s or 50s and told me she’d just done drugs. She didn’t tell me which ones, but by the way she was acting I can only guess. It happens. I wasn’t scared.”

But there have been plenty of times when he was scared.

“One time I picked up these guys at Oscar’s at around 8 p.m. It was three dudes. Two of them were average people, but one was huge, six-nine, a big guy, bigger than everybody. He was intoxicated and excitable. They were going to this strip club, American Dream off 72nd and F, and this guy gets excited and says ‘We’re gonna see naked chicks’ and he starts jumping up and down, shaking the whole car, then grabs my shoulders and starts shaking me, lifting me up and down. We’re on the Interstate doing 80. I said, ‘You’ve got to stop him.’ But this guy could easily have taken all three of us.”

Whipkey, one of the smoothest talkers you’ll ever meet, somehow calmed the monster and got him to put him down. “You get really good at conflict avoidance, de-escalating the situation,” Whipkey said. “I dropped them off and reported it to Uber immediately. The sad thing was that it was on his friend’s account, and that guy — not the big guy — will get banned from Uber for it.”

Whipkey’s been driving for Uber and Lyft for two years as a side hustle from his regular job teaching guitar lessons and being a rock star. As a result, he’s got a million stories about life behind the wheel hauling drunks, druggies, bigots, homophobes, horn dogs, celebrities and normal folks like you and me.

“I’ve given rides to the most down-on-their-luck people to the most desolate places in Omaha and also given rides to billionaires to their private air strips. It’s a strange equalizer. For that fraction of time, it doesn’t matter. It’s my car. I’m driving you. There’s trust there.” 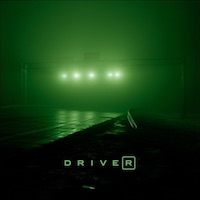 It’s a job that inspired the songs on Whipkey’s latest album, the double LP Driver, which he and his band will showcase Feb. 23 and 25 at Reverb Lounge. The collection is 14 portraits of loneliness, desperation and inner monologues (along with a Beatles cover), all of which rock, at least most of the time.

The thread that ties it together is Whipkey’s breathy, growling vocals, which do their best to coax every last drop of emotion from these lonely stories, like the longing “Amy Knows” about a woman who just transferred to Omaha and has “fourteen days to fix a lifetime” and the rocking, Nugent-esque screamer “The Driver” where Whipkey keeps a tight stranglehold on his blazing ax.

Whipkey spent a good nine months recording the album with Scott Gaeta at Gaeta’s Music Factory Productions studio, laying down tracks when he wasn’t on the road. During that same time, he also recorded his previous album, the 2017 pop collection Best New Music. All of this came shortly after opening 30 dates for music legend Dwight Yoakam on his 2015-2016 tours.

The week prior to this interview, Whipkey opened for ’70s legacy act America in Sioux City, Iowa. He hopes to get more of those kinds of large-stage gigs, though he’s just as determined to get his music heard in his home town.

“The goal was to make the best record with the resources we had,” Whipkey said. “I don’t have the national mentality of ‘This song is going to take you to the next level.’ I want this to take me to the next level as a songwriter and as an artist. If you think in that regard, it will translate into other areas where people will recognize that you’re growing and doing something that no one else is doing.”

Matt Whipkey and his band perform with Stephen Sheehan Friday, Feb. 23, at Reverb Lounge, 6121 Military Ave. Showtime is 9 p.m. Whipkey will perform a second show at Reverb Sunday, Feb. 25, with Charlie Ames at 6 p.m. Both shows are $10. For more information, go to onepercentproductions.com.