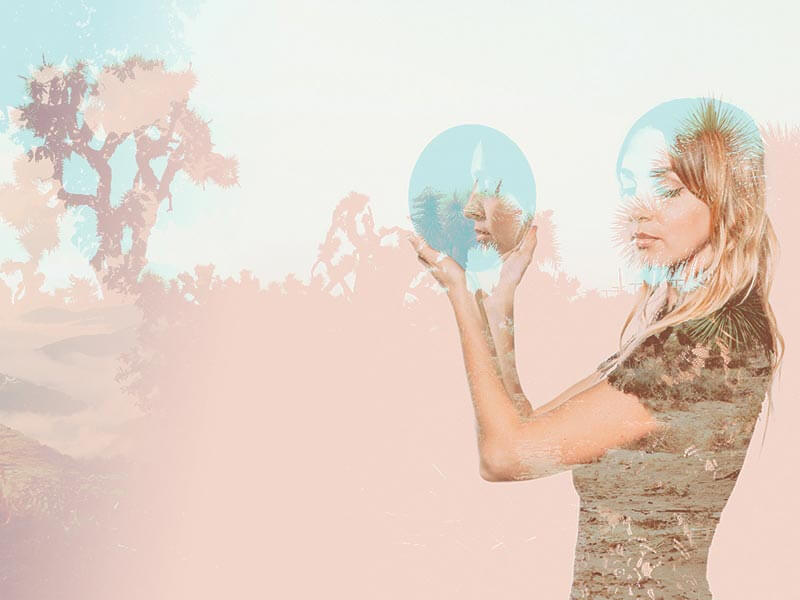 There’s an inside story to The Mynabirds’ poignant new album Lovers Know, a story that begins way back in 2010 when the band’s frontwoman, Laura Burhenn, still lived in Omaha.

She arrived from Washington, D.C., after splitting with her previous band, Georgie James. Rechristening herself as The Mynabirds, the debut album, What We Lose in the Fire, We Gain in the Flood, was a well-received collection of songs about love that possibly looked back at what happened with her former band. Backing Burhenn in The Mynabirds band was a handful of local musicians, folks who anyone who hung out at area watering holes or music venues at the time would probably recognize.

That record was followed by Generals in 2012, released by Omaha’s Saddle Creek Records, the label that also released The Mynabirds’ debut. Burhenn’s sophomore effort was described as “openhearted, politically engaged, feminist pop” by the bible of indie music websites, Pitchfork.

As rock stars are known to do, Burhenn hit the road in support of Generals, replacing the local musicians in her band with new, unfamiliar-though-talented faces. After those tours, Burhenn toured as a member of electronic indie monsters The Postal Service alongside musical influence Jenny Lewis.

Somewhere in there, Burhenn moved from Omaha to Los Angeles. There is a myriad of whispered subplots and assumptions that surround that move, some involving love and loss. And that’s where the record’s “inside baseball” comes in.

The new album is being marketed as a sort of spiritual travelogue of her time spent traveling the globe after touring with The Postal Service. From the album’s one-sheet:

“There’s something about wandering the world over,” Laura says, “that makes you realize how similar we all are – everyone searching for something, so often the same thing: love. It may sound trite, but it’s true. Love – or the lack of it – is the thing we all have in common. It can destroy us. It can break us open and let the light in. And it’s also the thing that can make us sing.”

If you read that, you might think Lovers Know was perhaps a World Music collection focused on the brotherhood of man. The only reason I can think the label decided to market it that way was because the true meaning behind the record might have been too damn hard for Burhenn to talk about.

It only takes one spin of Lovers Know to realize that it’s a devastating portrait of a broken heart — one of the best breakup records since Joni Mitchell’s Blue.

The album’s first song, “All My Heart,” lurches out of the gate like a beaten prize-fighter walking home alone after a brutal defeat. Burhenn leans into the first line with no introduction: “I don’t want half of anything / Not a white-washed love or heaven on a string / And when it’s hard to breathe / No, I don’t regret it, I don’t regret a thing.” Then comes the chorus, with the line “When it’s over this hole here might tear me apart” right before those thick, heart-beat drums kick in. You can hear Burhenn’s pain in every bruised line.

The downcast rocker “Believer” carries on the bitter theme, as Burhenn spits out “You say you’re a believer / But you don’t have any faith / Not even in me / It’s the hardest to take.”

The track “Say Something” is the age-old story of two lovers whose relationship has ground to a crushing standstill. “Struggle in silence to find your ghost / You’re sitting half a world beside me.” Ouch.

But no song in the collection is as devastating as “Velveteen,” where an emotionally punch-drunk Burhenn begs for mercy. “I’m threadbare velveteen / Where lovers have been,” she sings before asking, “Can you put me back? Am I real yet?“

It was at this point in the album that I shook my fist at the sky and yelled, “What the hell did you do to her?” Because I kind of know the characters involved in this sad tale of heartbreak. Or at least I think I do.

Look, there’s no way of knowing if this record is about the people who I think it’s about without directly asking her. But I know full well that the level of detail I seek “on the record” will never be provided to me because the truth is too private, too personal to share with the masses. The names may have been changed (or left out) to protect the innocent, but for those of us who might know the characters involved, it stings all the more.

To the casual listener, the story behind the record doesn’t matter. Lovers Know burns with blazing intensity regardless of the added knowledge of the backstory. Burhenn has created a collection of somber-yet-driving atmospheric torch songs that stylistically recalls modern-day West Coast balladeers Lana Del Rey and Jenny Lewis, the Saddle Creek sisterhood of Azure Ray and the old school legacies of Stevie Nicks and The Motels’ Martha Davis.

Despite its somber subject matter, the record is anything but a forlorn walk in the park. At times it’s downright danceable thanks to a battery of bouncing synths and a slamming rhythm section that drives the bulk of the record. Somehow the album manages to be heart-rending without being sad… except for maybe Burhenn’s ode to her former hometown, “Omaha,” where she sounds like she’s asking for forgiveness for leaving it behind. Well, almost asking. After all, love means never having to say you’re sorry.

Over The Edge is a weekly column by Reader senior contributing writer Tim McMahan focused on culture, society, music, the media and the arts. Email Tim at tim.mcmahan@gmail.com