Home » News » Over The Edge » Winning The Election Quiz 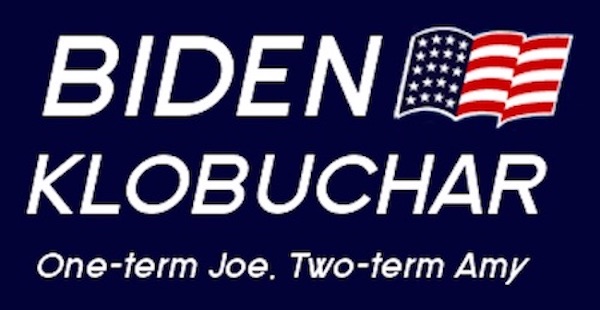 The world is reeling as Prince Harry and Meghan Markle, the Duchess of Sussex, have given up their royal titles and become mere mortals.

Tomorrow, the U.S. Senate is scheduled to begin the impeachment trial of President Donald J. Trump.

And in just a few weeks, the Iowa caucuses will have come and gone, and a new frontrunner will have emerged among the Democrats.

Very likely by the time you read this, the caucuses will be over since they’re scheduled for Feb. 3, and The Reader has a funny way of not showing up in the racks until late in the first week of the month. So whatever political insight and/or prediction I make in this column is a set-up to make me look like the uninformed rube that I am.

Predictions have become impossible after the 2016 polling debacle, wherein everyone thought the night before the election Hillary was a shoo-in to become the first female president only to wake up the following morning with a Trump hangover. No one trusts polls anymore.

As of today, aggregate polling website FiveThirtyEight.com has Joe Biden winning the Democratic nomination, giving him 2-in-5 odds in the horse race, while his next closest challenger, Bernie Sanders, is a 1-in-5 favorite, followed by “No One” at 1-in-7 and Elizabeth Warren at 1-in-8.

Meanwhile, the same website has Sanders ahead in Iowa by less than a point over Biden, followed by Pete Buttigieg and Warren, with Amy Klobuchar a distant fifth followed by Andrew Yang. Billionaires Tom Steyer and Michael Bloomberg were at the back of the pack.

None of this matters because you already know who won the caucus. So I might as well go out on a limb and give you my predictions as to who I thought would win Iowa, which was Joe Biden.

OK, but who did I want to win? If you asked me regardless of political maneuvering, regardless of who I think could beat Trump in November, I would have said I wanted Klobuchar to win. The Washington Post disagrees with my assessment.

In what can only be called one of the cleverest online gimmicks of the 2020 election, The Washington Post launched a free online quiz called “Which of these 2020 Democrats agrees with you most?” You (probably) can find it by Googling “Washington Post Candidate Picker,” although that’s not really what it is.

The quiz asks 20 policy questions about issues such as gun control, marijuana legalization, federal funding for abortions, health care funding and student debt. The first time I tried the quiz — having stumbled over it on my Facebook feed — was a few months ago when about 20 candidates were still in the race.

I was shocked at my quiz’s outcome. It turns out Andrew Yang was the candidate I agreed with most on the issues. While I think Yang is a good dude with good ideas, I never gave him a second’s thought after he announced his “give everyone $1,000 a month with no strings attached” idea.

And while everyone would like an extra $1,000 a month with no strings attached, the concept came off like pandering to low-income voters. “Vote for me and get $1,000 a month!” So ridiculous did the idea sound that it made me deaf to any other ideas Yang might have had.

I immediately texted a link to the quiz to my wife, who also ended up matched with Yang.

“Maybe we should reconsider Yang?” I asked. “Nah.”

Turns out the reason Yang had pushed ahead of everyone else in the quiz was because he’s the only candidate who supports government expansion of nuclear power, an issue I’ve always supported. No other candidate thinks nuclear is a safe way to power our coffee pots.

Last week, The Post launched a “New and Improved!” version of the quiz that pared candidates down to just nine. The questions seemed slightly different, or I remembered them differently. Anyway, this time the candidate who most closely matched me on the issues was — oh my god! — Michael Bloomberg. Yang had fallen to fourth behind Biden and Klobuchar.

Bloomberg, who I discarded as just another billionaire elitist with a savior complex, matched me on 15 of 20 positions, just one more than Joe and Amy. The fact is, I agreed on more than half of the issues with all but three candidates: Elizabeth Warren, Tulsi Gabbard and Bernie, who came in dead last, matching me only four times.

I guess that officially makes me a middle-of-the-road Democrat.

What’s interesting about the Post survey is that it seemingly strips away any age, race or gender bias. For example, I desperately would love a woman to become president. (You’ll likely never find a bigger Hillary Clinton fan than I.) And at 77, I fear Biden is too old to take the highest office.

My dream presidential ticket is the best of both worlds. Biden will eventually wrap up the nomination but will announce his intention to only serve for a single term. He then brings on Amy Klobuchar as his running mate, in essence laying the groundwork for her nomination in 2024, after Biden has undone all the damage Trump generated over his term in office.

Call me an optimist, but I think any of the nine remaining candidates could beat Trump in November, so tired and angry is the majority of the electorate over Trump’s antics. Those voters who stood by on the sidelines in 2016 will be the first in line at the polls this time ‘round, understanding the stakes are too high to stay at home again. One can dare to dream…