Home » News » Over The Edge » With the Best of Intentions

It all started earlier this summer. I was flipping through my Facebook feed when I saw a confusing post by a local musician. It was an apology written as if she was being held prisoner and forced to write a confession. The post didn’t mention what exactly she was apologizing for, only that it had something to do with a performance.

I scrolled down a few more posts and discovered another apology by a different musician apparently regarding the same performance. It took a while until I figured out both musicians had taken part in something called “Harouki Zombi” co-written by Omaha singer-songwriter-musician Orenda Fink, best known for her work in the indie-rock duo Azure Ray. 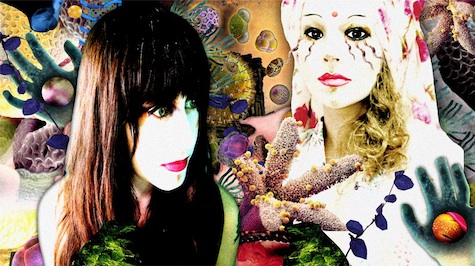 I’d forgotten about Harouki Zombi. The music/art piece had been performed a number of times way back in 2011 or 2012. Apparently it caught someone’s attention, possibly due to photos that showed Fink dressed as a geisha with a kimono, white make-up, etc. Those apologizers had shared the stage with Fink during one of those ancient gigs, conceivably also in costume.

Within a few days of those apologies, Fink and anyone associated with Harouki Zombi were ostracized as racists for performing in “yellow face.” Facebook lit up with back-and-forth accusations, anger, resentment and lots of discussion about what is and isn’t racism.

I was told Fink was so devastated by the reaction in Facebook that she and her husband, Todd Fink (of the rock band The Faint), had considered moving from Omaha for fear their reputations had been permanently tarnished in this community. I only know Todd and Orenda professionally, having interviewed both a number of times throughout their careers and having seen them perform countless more. I also knew about their willingness to always lend a hand for a needy cause. They are among the last people I’d guess were racists.

Within a few days Orenda wisely retreated from Facebook. Comments on the various posts died off. Time passed, and before long local social media moved onto something else.

This time it was singer/songwriter Noah Sterba.

Sterba’s new album, 13-Bar Blues, contains six of the cleverest folk-rock-blues songs you’ll likely hear, plus one 16-plus-minute spoken-word piece called “The Dark American Rodeo” that features Sterba reading a poem/manifesto over a dissonant, strolling-paced soundtrack. Each line starts with “This is for…” as in “This is for those who tap-dance with chaos” and “This is for the flower not of this earth…”

The song seemed dreadfully pretentious and difficult to listen to, but, daggummit, I was going to make it through to the end. I was in my car driving down Cuming Street when I finally got to the part in the song where Sterba used the N-word along with a number of other expletives. You’ll have to fill in the blanks: “This isn’t for the N—-ers or the f—s or the c—ts or the ch-nks…”  Up to that point in the song, my mind had wandered with the traffic. Well, it snapped right back to attention when those words were spoken. 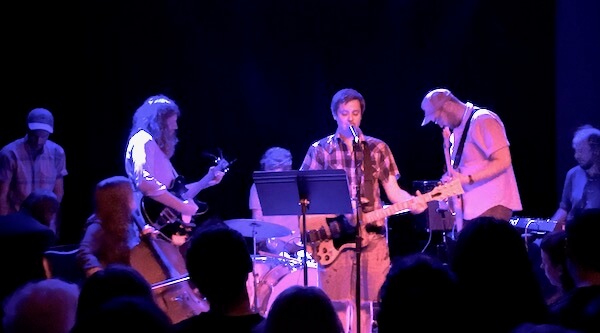 A few days later, I watched Sterba on a stage filled with musicians perform the song during his album-release show at Reverb Lounge. When he got to that controversial line, nary a ripple passed through the packed audience. There would be plenty of waves online the next day.

As before, the controversy bubbled up in the form of musicians who had played that night with Sterba cryptically apologizing on Facebook for a performance. A few clicks later I found the thread where folks angrily accused Sterba of being a racist. I later heard that Sterba — like Orenda — was crushed by the response. He quickly posted an apology.

Which brings us to Simon Joyner. Joyner arguably is one of the most talented singer/songwriters to come out of Omaha in the past 20 years, cited by many, including indie superstar Conor Oberst, as a major influence. While a few had come to the defense of Fink and Sterba, it was Joyner who penned the most convincing argument.

In a long essay titled “We, The Offended: An Open Letter to a Broken Community on Art, Language, and Social Justice Culture,” Joyner explained how both Fink and Sterba had been unjustly painted as racists, putting both of their performances in context and outlining their intent. You can read the essay here: http://www.benbrodin.com/simon-joyner/

Ironically, it would be Joyner himself who next would be accused of racism. 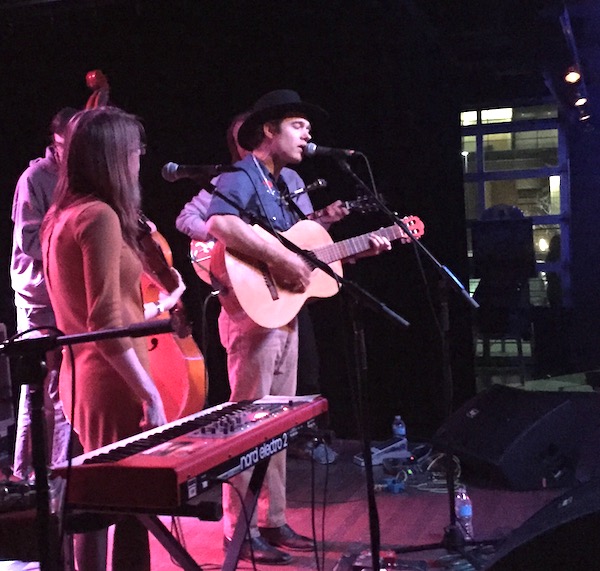 A few days after posting links to his essay on Facebook, Joyner posted a statement about his song, “As Long As We’re in Danger,” off his new album Step Into the Earthquake. In the song, Joyner uses the N-word.  He explained: “(The song) does use an offensive slur because the song is about American xenophobia and institutionalized racism which, as I point out in the song, goes back to the founding of the country. America is the narrator, not me.”

He included the song’s lyrics in his post. Anyone who knows Joyner knows the evil, narrow-minded narrator doesn’t represent him. Again, I’ve interviewed Joyner countless times over the years, and he’s among the last people I’d consider a racist.

Of course Joyner’s explanatory post — an attempt to keep the lyrics in context — sparked another social media shitstorm. People posted the N-worded lyric out of context. Joyner’s timing couldn’t have been worse. Some thought he might have used the N-word in response to the Fink/Sterba controversies, a sort of “in your face” reaction, but in fact the song had been written a year ago and was only now being released by his label.

Which brings me to the point of this column. If you’re an artist and you use the N-word or any offensive word or phrase in your art, be prepared for the blowback. Certainly be prepared to see your words and actions taken out of context and used against you.

Orenda Fink was trying to address issues surrounding the oppression of women across cultures by including costumes which were a combination of geisha and Victorian cultures. In the end, the only thing those offended saw was “yellow face.”

Sterba (I think) was trying to make a comment about rejecting racism while using racist terms. It didn’t go well.

Joyner, having seen what happened this summer, tried to prepare for the onslaught his use of the N-word would bring. Still, he has some regrets.

“Do I regret the word choice in the song? I don’t think it’s a bad thing for us to have extreme reactions to art we experience, I think it’s good, but I personally don’t enjoy making art that creates painful reminders for people,” he said. “So, in that sense, I regret using the word, but I wonder if I’d have been doing black people a disservice to suggest in my song that America feels less harshly towards them, when all evidence points to the contrary.”

People who know these musicians know they’re not racists. Many who accused them of being racists have never met them and aren’t familiar with their work. There are exceptions. The jury is still out as to any long-term impact these incidents will have on their careers, but I have a feeling their friends will remain their friends. Their fans will remain their fans. And those who only know them from these controversies likely won’t be showing up at their gigs or buying their records, but they never did anyway.