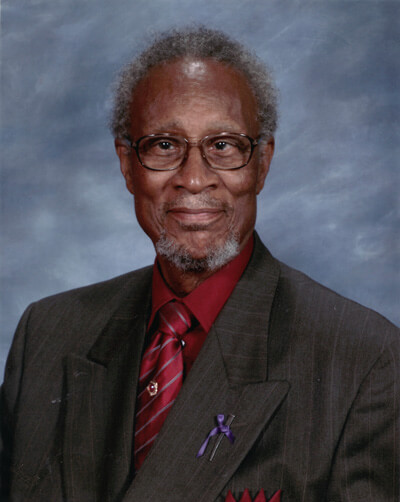 Rev. Everett Reynolds was not from Nebraska but he’s remembered as someone who made a significant mark here.

The St. Louis, Mo. native passed earlier this week in Omaha at age 83.

As a United Methodist minister and community leader he led congregations, worked with parolees, headed the local chapter of the NAACP, founded Cox Cable television channel CTI-22 and advocated for civil rights.

His work followed that of his father and grandfather, who were preachers. But for a long time Reynolds resisted The Call.

As a youth, he moved with his family to Lincoln, Neb., where his father pastored a church. After his father took over at Clair Memorial United Methodist Church in Omaha, Reynolds attended Technical High School.

But school and church were far from his mind. He heeded another calling, music, to become a professional musician in touring dance bands. He sang ballads and blues and played bass violin. He sat in with such legends as Count Basie and Lionel Hampton. He also played for top Omaha Midwest touring bands led by Lloyd Hunter and Earl Graves.

It was a heady time, but as the years went by he got caught up in the night life. Women. Booze. His alcoholism made him a liability. Once, after a week-long bender, he woke up in Houston, unable to remember what happened. Exiled from the band, this Prodigal Son returned home.

In a 2004 interview he said that, after failing to kick his drinking habit, he asked for divine help, and this time he stayed dry. In 1950, he rejoined the church and married. He and his wife, Shirley, celebrated their 61st wedding anniversary last year. His fall from grace and his subsequent recovery and rebirth, he said, gave his ministry “a message” for anyone straying from The Word. “For I have been there.”

He made his ministry an extension of his work as a Nebraska parole officer. In his dual roles he said he often shared with youth his own experiences.

Reynolds, who held a theology degree and a doctorate, eventually took over his father’s pulpit at Clair Methodist. A consistent theme he delivered as a preacher is that “We’re all created equal in the sight of God. One blood are we.” Black or white, he said, shouldn’t matter. “When we reduce our faith to race, we’ve reduced our faith. Each time we make an advance, it’s for all people, not one.”

“My father was against any kind of inequitable treatment of people, of any people,” says Trip Reynolds, one of the late pastor’s three sons. “That’s his hallmark. Some people talk it – my dad was frequently acknowledged for practicing what he preached.”

Rev. Reynolds went on to pastor Lefler United Methodist Church. During his tenure, he assumed leadership of the Omaha NAACP. It was a tough time for the organization, locally and nationally, with declining memberships and a flagging mission.

As a spokesman for the NAACP he made his voice heard on hot button incidents like alleged police brutality. He raised awareness. He advocated dialogue. He organized protests. He called press conferences. The cable channel he founded, which originated as Religious Telecast Inc. before changing to Community Telecast Inc., was created as a forum for minority voices. Trip Reynolds ran the channel with his father and today is general manager.

The late minister is remembered as the conscience of a community.

“He was very strong and intense in what he believed in,” says Metropolitan Community College liaison Tommie Wilson.”Powerful, intelligent. He knew civil rights backwards and forwards, and he stepped out there and he did it – fighting for justice for everybody. He was a fine man and quite a leader.”

“He took on some really difficult and sometimes controversial cases, and he did that knowing what the consequences were and being unafraid to address those consequences,” says Omaha City Councilman Ben Gray. “He also helped create alternative programming and an opportunity for different voices.”

Along the way, Reynolds made clear the NAACP’s watchdog mission is still relevant. “Our struggle continues. People are still hurting because of inequities in such areas as education, employment, voting and the criminal justice system,” he once told a reporter.

When Reynolds stepped down as Omaha NAACP president in 2004, he recommended Tommie Wilson succeed him.

“I feel Dr Reynolds is responsible for me appreciating my history and me wanting to follow those big shoes he wore,” says Wilson. “When he asked me to take over it intensified in me my desire to do all I could to do to make a difference.”

Clair United Methodist Church, 5544 Ames Ave., is hosting a Friday wake service from 6 to 8 p.m., and a Saturday funeral service at noon.