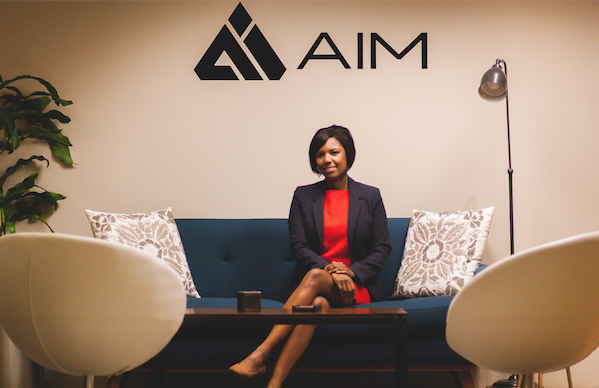 LaShonna Dorsey, 38, busts stereotypes. Start with this sunny disruptor launching and selling a successful technology organization in her hometown.

As an African-American entrepreneur, she bridged the digital divide with Interface Web School. Though now part of the AIM Institute, she still heads the coding school that’s won her and its work much recognition. Her AIM title is Vice President, Tech Education.

She’s defied expectations by going public, rather than remain silent, about an assault she endured.

For this superstar doer who serves on multiple boards, AIM’s acquisition of Interface was strategic.

“Interface had really reached a point of capacity,” said Dorsey. “We were growing, which was great, but I just knew I couldn’t take on more classes without having more infrastructure and all that. AIM has the infrastructure, they’ve got the space, they’ve got human resources, accounting, marketing departments.”

“We had really good relationships with the Nebraska Department of Labor and Heartland Workforce Solutions and still maintain those, but it’s a lot easier for us to partner with companies and other organizations because we’re AIM now. 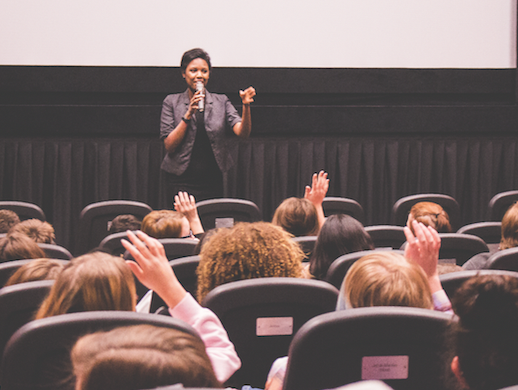 “It fit right with where AIM and Interface wanted to go. They have the youth education side and professional development, but they didn’t have adult tech training. The cool thing is that Interface LLC was a for-profit and now we’re a program within a nonprofit and so we get to take advantage of having that 501 designation.”

“I really thought I was a starter, and so it was good to see something through from idea to completion in a major way.”

She frequently shares her start-up story, warts and all.

“I felt like especially in the early days of Interface I often had to act like I had it altogether all the time because I was selling it, too. It’s kind of a challenging position to be in because you can’t be truly authentic.

“I was really grateful to have good friends and a really strong support system. That made a huge difference.”

She especially enjoys sharing her story with women.

“Women that have done a ton in their career appreciate how difficult it is to do something like this. Women just getting started are like, ‘How did you even do that?’ We have real conversations about what it’s like and the pitfalls – but also the rewards. Being in the middle myself, I am kind of still navigating that.

“I do feel I have a lot of value to add and information to share if people are ready to hear it. I tell people it wasn’t easy all the time, but the thing that kept me moving forward was that it was so rewarding. I have so many graduate stories of people whose lives were changed because of what they learned. It helped them get better jobs and buy homes. They’re still reaping the benefits. It’s still rippling. The culture of Interface is like that.”

She readily accepts being a role model and mentor to young black women.

Growing up in a single-parent family, Dorsey learned self-reliance skills. As a bright Goodrich scholar at the University of Nebraska at Omaha, she became a self-motivated high achiever. Early in her career, she proved a project management whiz.

“I like to just figure my way forward. I like problem solving. When things get a little too simple, then that is hard for me. Then I’m like, ‘Okay, what else can we do here?’ I’m not afraid of conflict, so I do lean into it, and I encourage people who work for me to do the same. If you really want to get the thing you want, you have to work through the hard stuff, too.”

“But I came back. The thing that’s really tough here is that as you move up in your career, the leadership gets more white. Working in tech, you’re with a lot of white professionals and when I lived in west Omaha I’d go home, where it was all white, and I felt I had no community. It’s unfortunate and it felt uncomfortable.

“Living in a diverse community is important for me.”

“You can hire a bunch of black and whatever programmers but that is not going to change the culture of organizations who might not be ready for it. You have to give people a space where they’re comfortable being themselves and not feeling like they have to fully assimilate in order to fit in.

“I cannot wait until we don’t have to have this conversation anymore and where it’s not special that I’m a black woman in tech. But it matters a lot to people and I have to talk about it.”

She feels she’s reached a personal breakthrough by reclaiming her given name, LaShonna, in place of Shonna and letting her hair go natural.

Dorsey embraces the new diversity in revitalized northeast Omaha, where African-American culture is being discovered by white millennials.

“Whenever you can create opportunities for people to have those experiences with people they don’t interact with on a daily basis, you start to change the narrative.

That’s the only way were going to see change.”

Mindset to her is critical to create the transformation she and others hope to see there.

“I think we’re still many years out from seeing the fruits of it. There’s a lot of work to do because we can’t deny the fact poverty is the highest in those zip codes. That’s something to address and fix but people have to want it and see it even as an issue.”

She’s doing her part to equip adults with job-ready tech skills by bringing her code school to the Highlander Village purpose-built community on North 30th Street. 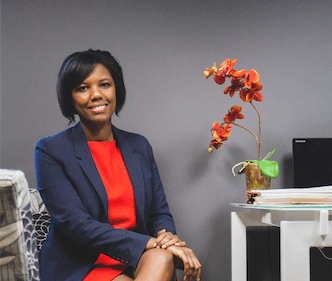 “Those economic improvement opportunities can make a big difference for people,” she said. “It will be awesome to see all of that come to life.”

Her career exploded two years ago, but few knew she was reeling from having barely survived an assault.

“Everything was still new at Interface and I still didn’t feel like I knew what I was doing all the time when I had this really difficult, tragic thing happen. There were many work days when I had to meet attorneys or go to court Turning those emotions on and off was really hard.”

It stemmed from someone she’d dated suddenly revealing a side he’d concealed before.

“It turned into a night where he took me from where I was without my permission. He strangled me three times, including once where I lost consciousness. He assaulted me in all sorts of ways in what was a five-hour ordeal.”

Fifteen months elapsed from when she pressed charges to her attacker’s sentencing.

“It was a really hard process. I totally understand why people don’t pursue that path because it is very difficult and as the victim you have to prove something happened. Typically, this kind of stuff happens one-on- one.”

Dorsey nearly didn’t report the incident for fear of how she’d be perceived.

“I remember thinking this is going to be so embarrassing and people are going to think I can’t do anything right.

It’s irrational thinking, I know, but that was in my head. I decided to report it anyway.

“I try to do everything on my own all the time. But I did get some counseling and I did work through some of this with friends. Leaning into work helped a lot.”

“It was hard to carry around all the time. People were really supportive. They called me brave and things like that. I just felt it was relieving a burden for me.”

She posted soon after the last presidential election and urged people to walk through their fear and anger over the results as she had with her assault.

“Every time I talk about it publicly, more than one person will come up to me and say, ‘Me, too,’ or “My friend, my sister, my daughter.’ It’s so common. There’s a bunch of people who feel like they can’t talk about it, so I decided to share what happened to me.”

If nothing else, she said, her story reveals all is not what it seems on the path to success.

“People tend to look at the surface and just assume that because you’ve done a lot, it was without hardship.”