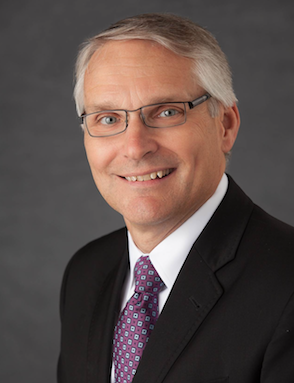 As we go to press with this issue, the Republican-led attempt to repeal and replace Obamacare struggles on..

One of the most controversial things the GOP plan broached was severely cutting Medicaid, the nation’s largest health care program. Critics see it as an entitlement grown far beyond its original scope. Most recipients are children, mothers, the disabled and the elderly. The proposed $770 billion cut – spread out over several years – would have impacted millions, particularly the working poor in rural regions, who account for many of those added to the rolls through the ACA’s Medicaid expansion.

One World Community Health Centers CEO Andrea Skolkin said far from an automatic hand-out, qualifying for Medicaid is actually “very difficult.” She added, “There’s a lot of myths about Medicaid and who’s eligible to be enrolled. If you’re an able-bodied adult, you’re not really eligible. You really have to be an advocate for yourself in getting enrolled with all the paperwork because you have to prove your income. It’s an arduous process.”

The program, said Skolkin, places severe limits on not only eligibility, but coverage for certain things. Any tightening of eligibility and reduction of spending, she said, would result in even less access to care.

“As Medicaid ratchets down what it pays to providers, providers are less likely to want to accept Medicaid and so this vulnerable population doesn’t have as much choice of provider of where to get care, and that’s a problem.”

Currently, one in five Americans is enrolled in the program. In Nebraska, which refused Medicaid expansion, one in eight or some 230,000 people are enrolled. Skolkin estimates about 70,000 Nebraskans fall in the gaps – either not eligible for the marketplace or not covered by a private plan or by Medicaid.

Nebraska Methodist Health System vice president and CFO Jeff Francis was most troubled that “draconian cuts” to Medicaid were even on the table for so long.

“The thing that still looms out there that bothers me is that there wasn’t much budge on that,” Francis said. “I  understand the partisan divisions on that, but at the end of the day that degree of cut to Medicaid is going to really impact individuals and individuals’ coverage. In Nebraska we get a bit of a double whammy, no matter what happens with the cuts because, one, we weren’t a Medicaid expansion state, so we’ve not benefited at all from some of the expanded coverage in federal dollars that went along with that. And, two, historically we’ve been lower on the Medicaid spending spectrum, and so as that translates into cuts and block grants for the states, Nebraska’s going to get hit pretty hard.”

Medicaid is crucial for millions getting treatment for maladies, and Skolkin said, “It also has an impact on long-term care in a tremendous way.”

Low weight new babies, infant mortality, STD and teen pregnancy rates are at crisis levels. The opioid epidemic got highlighted in the recent care plan debates. Mental illness is increasingly recognized as an acute public health problem. In the proposed Medicaid cut, some public schools would have lost funding for screenings and other care that students from low income families rely on.

In this high needs scenario, cutting access to care means some people will delay or defer treatment, and those with conditions that could be prevented or controlled will get sicker, while others will seek care in emergency rooms, all of which puts more pressure on providers. The system’s closely interwoven nature is such that pulling hard on one strand, like public health, will fray or undo other strands in this fragile crazy quilt.

“The tapestry doesn’t work without all the threads,” said One World pediatric nursing practitioner Sara Miller.

Nebraska Medicine CEO Dr. Daniel DeBehnke appreciates how those outside the industry often fail to see just what a tightly-knit fabric it is.

“I don’t know if it’s a disconnect or just a reflection of the complexity of it,” DeBehnke said.

In the event of cuts, he said, “low income individuals are going to need to make really tough choices about how to pay for a roof over their head and feed their family and pay for healthcare, and some may put off healthcare, and that has several domino effects. People become less healthy and when they do access healthcare, they require more services. Once they do require services, a lot of that financial burden gets shifted to the facilities caring for them, be it a local clinic, provider or large health system.”

Sara Miller envisions “life expectancy decreasing because you don’t have the opportunity to intervene in the early years, especially for kids to have healthy habits, and to do preventive medicine, so that folks don’t have diabetes or high cholesterol by the time they’re in their mid-20s.” She added, “My fear most is for the families that it affects and their deciding between food and electricity and healthcare. That’s a decision nobody should ever have to make.”

Exacerbating it all, DeBehnke said, is the “skyrocketing” cost of care.

“We should be focusing on that as well and not just in cutting the dollars that go for healthcare – but how can we decrease the cost of healthcare, the cost of prescription drugs driving a lot of the cost. How can we drive healthcare systems like ours and others to be more efficient and cost-conscious. We’re working on that every single day because we know that’s how we’re going to be paid in the future,” DeBehnke said. “But there are all those other things we should be working on as well so that we pay less for healthcare as opposed to just giving less money for healthcare.”

No matter where this all lands, he said, “When we talk about Nebraska Medicine and our mission, we’ll take care of anybody that walks in our door. That’s who we are and that’s what we do and we’re big enough to be able to do that.”

As a Federally Qualified Health Center, One World takes anyone, too, but it doesn’t have as deep of pockets as Nebraska Medicine. 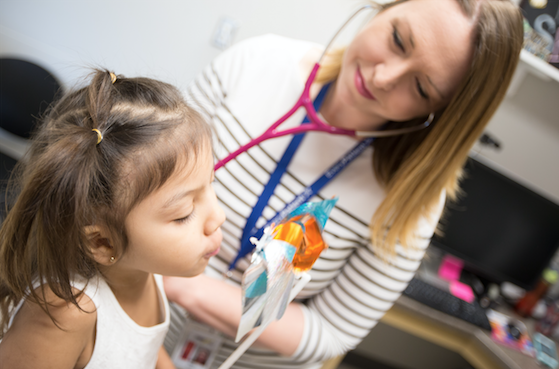 “When we have increases in numbers like we have seen – we cared for over 18,000 patients last year who were uninsured, which is more than half of all of our patients – that’s an increasing burden as an organization in trying to leverage other funds so we can take care of all people,” Skolkin said. “If Medicaid reduces what it reimburses for certain services, again that’s a reduction to every provider, including us. So, whether you need an x-ray or some lab work. as things get reduced we get less payment for that and then it just has a ripple effect.

“So, cuts do impact us and at some point we won’t be able to provide the extent of care we provide. I would hate to see that happen, but at some point you have to be able to make your budget.”

DeBehnke said no matter what happens, “there’s going to be people left behind,” adding, “The idea that I hope legislators are thinking about is how do we leave the least amount behind.”

Jeff Francis said this is no time to be complacent even as Nebraska Methodist Health System is “operating well under the Affordable Care Act.” He added, “It took some time for us to be able to understand it. We’re now into the fourth year of the federal exchanges and the insurance aspects of it. Other parts of it we’ve been operating under for about six years. And so it’s going on. We’re seeing better outcomes because the focus is on quality and outcomes as opposed to just the fee for service or being paid for services.” 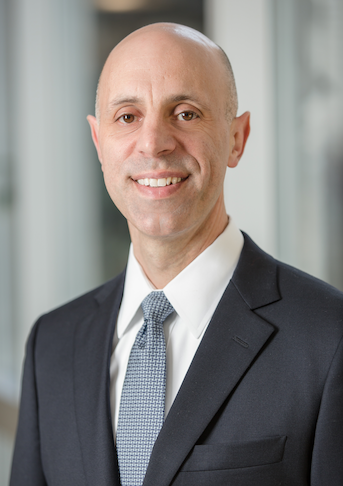 But just as the ACA was never meant to be a panacea for all the system’s faults, Francis said major cuts to public health would have negative consequences.

“To the extent there are less insured and so people are doing less preventive, that would be a step backwards from a public health standpoint. We still have the vulnerable populations – those with chronic conditions, in some cases multiple chronic conditions, those with mental health challenges, the working poor.”

Methodist Health and others are working to fill the gaps where they can.

“We’re reaching out to try and address that,” Francis said “by opening up a community health center in downtown Omaha to work with other entities-services to reach vulnerable populations. That center is going to have Lutheran Family Services associated with it to try to deal with that behavioral health component.”

The center is part of the Kountze Commons project on the former KETV site at 26th and Douglas. It’s an expansion of existing Kountze Memorial Lutheran Church health and food services.

Andy Hale, Vice President of Advocacy for the Nebraska Hospital Association, said his organization has been lobbying the state’s congressional delegation to “ensure all Americans can access the compassionate, patient-centered and affordable healthcare they deserve.”

“Nebraska’s hospitals serve as the safety net in each of their communities,” Hale said.

Hospital programs benefit the state, he said, by “providing free care to individuals unable to pay, absorbing the unpaid costs of public programs such as Medicare and Medicaid,” as well as “subsidizing health services reimbursed at amounts below the cost of providing the care … and incurring bad debt from individuals that choose not to pay their bills,” according to Hale.

He said any drastic cuts will be felt most in rural areas.

“Many hospital margins are already thin, but when you begin cutting reimbursement rates, it hits their bottom lines and drives those hospitals to significant losses.”

One World’s Andrea Skolkin said even in this repeal and replace mania, vital aspects of public care should not be lost in the shuffle.

“The expansion of Medicaid funding for children through CHIP (Children’s Health Insurance Program) expires on September 30. All of these things are tied together.”

DeBehnke would like whatever process follows this latest effort to undo the ACA to be deliberate.

“President Trump said at the beginning of all this, ‘Who would have thought this was so complex?’ Well, we’ve all known it’s this complex and we’ve been trying to warn it’s this complex all along,” DeBehnke said. “As opposed to rushing to try to get something done because it was a campaign promise lawmakers made to their constituents, let’s take our time and try to figure it out and get it right. Obamacare wasn’t perfect either. There are good things we can pull from there that are in the right direction.”

“We’re wanting to make sure legislators and policymakers keep that longer view perspective. I think that’s coming out in some of the town halls the senators and congressman are hearing,” Francis said.

Meanwhile, the leadership of Nebraska Medicaid is in transition. Longtime director Calder Lynch left for a federal job in May. Former deputy director Rocky Thompson is serving as interim head until a permanent replacement is found.

Andrea Skolkin is unsettled, too, by the unknown but feels something like universal care will emerge and retain a public health haven.

“We are having those conversations – trying to make our representatives aware of the patient base we care for and what the impacts of cuts would be. Many of our patients, almost all of them, fall into this vulnerable bracket. If you cut too hard, then that social compact becomes less available for the people that need it most.

“I do believe there will be something for everyone. I think Medicaid is still going to be there. There’s a lot of argument-dialogue going around right now. It hasn’t been as productive as it could be. But I am hopeful it will end in the right place. Whether the Affordable Care Act is repealed or not, there has to be a safety net in place for people who are more vulnerable.”