Home » News » The Life and Times of Nik Fackler 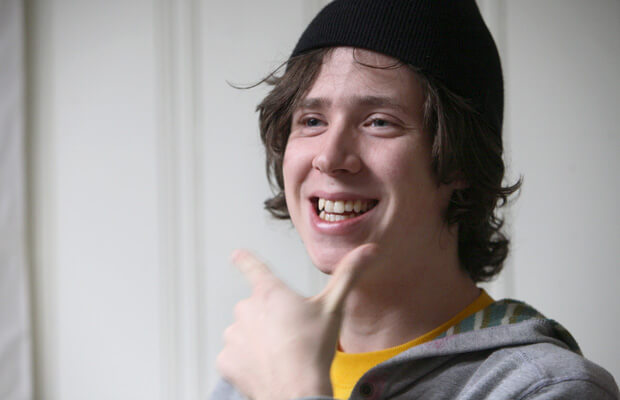 Who exactly is Nik Fackler?

He used to be known as a filmmaker who wrote and directed Lovely, Still, the independent feature film starring none other than Martin Landau, Ellen Burstyn and Elizabeth Banks. If you haven’t seen it, you’re not alone.

But InDreama is just one slice of this musician’s life. Our interview for this column took place less than 24 hours after Fackler returned from a two-week tour playing bass with nationally known indie pop band Tilly and the Wall. Fackler talked via cell phone while driving from band practice with InDreama and heading to another band practice for dance/grind/vibe rock band Icky Blossoms, where he plays guitar. For those of you keeping count, that’s three bands, simultaneously.

So I guess Fackler is committed to being a musician, right?

Well, no. While all this was going on, Fackler completed his second feature film, the documentary Sick Birds Die Young, and submitted it for consideration to the Sundance Film Festival. He’s keeping his fingers crossed that the movie will have its world premier there in January.

“Right now I feel overwhelmed,” Fackler said. “I would hope that I can do music for awhile, and if none of it succeeds, I’ll always have filmmaking waiting for me. It’s mostly filmmaking and storytelling that’s calling me, but music is a much easier way to express yourself. It’s more fun and it’s cooler than filmmaking, even though I think I’m better at filmmaking…”

Such is his conundrum. It’s not that Fackler is confused as much as exasperated. He says making films is really more about the business of selling a project. “You have to make the most beautiful package possible — here’s a great script, great actors, great music — it has to be something they can’t say ‘no’ to.”

“They” are the money people who will finance it all. The plan was to ride the success of Lovely, Still to his next film project. “I didn’t touch a guitar for two and a half years during Lovely, Still,” he said. “I was ready to be a filmmaker. And then Lovely, Still wasn’t successful. I’m proud of it and hope over time more people get to see it, but it didn’t go anywhere. It came out in 2007 when every (film) distribution company was closing its doors. The film sat there and waited for the economy to pick up and was forgotten.”

Meanwhile, Fackler’s disillusionment about the filmmaking process only grew. “I got to the point where it was time to write a new script, and that time passed me by,” he said. “I felt constricted. I hoped Lovely, Still would blow up and I could make another film right away. When it didn’t, I had to start over. I knew it would take years to make another film, so I picked my guitar back up because I needed an immediate release of creativity. If I don’t have that, I feel like I’m being choked.”

Fackler became a wanderer. He didn’t have a job, he slept on couches, he traveled. “I fell off the grid,” he said. And all the while, he wrote songs and recorded them on his MacBook using GarageBand. After a year, he had completed 15 songs, which he played for Ashley Miler, a Kansas City music producer with a “far out psychedelic mind” who helped pull it all together into a cohesive package.

The final product is a very strange, very personal musical document of Fackler’s lost year that listeners will either “get” or won’t. He hopes it’s the former but is okay if it’s the latter. “If people like the music, that’s awesome. If not, I’m not paying attention.”

While all that was going on, Fackler finished his next script, tentatively titled We the Living, which he said combines mythology and religion with a science fiction aspect. But before he figures out how he’s going to make it, he has to go on tour with both InDreama and Icky Blossoms before (hopefully) heading to Sundance to screen and promote Sick Birds...

So who exactly is Nik Fackler?

To me, he’s the same 19-year-old mop of hair that I remember meeting at his parents’ diner back in 2005. Goofy, smiling, bleary eyed and happy. Now 28, he never seems to age, but he’ll tell you he has.

“It gets harder as you get older,” he said. “No one is expecting anything from me, but I’m expecting more from myself. As I get older, it gets weirder. I own a house and am in debt to banks and don’t have health insurance (and probably should). Should I be worried about this? I’ve got all sorts of lives to live beyond this one.

“I would love to say I have a direct vision to my path, but I don’t,” he said. “I’ve really let go as an artist. I jumped off the path and don’t see it anymore, and something inside me tells me that’s okay.”

Join Fackler on his pathless journey this Saturday at The Slowdown for the Freaks of the Night: Halloween Costume and Dance Party a.k.a. the InDreama record release show. Also on the bill is Icky Blossoms, Lincoln freak show performer Plack Blague and Places We Slept. Tickets for the 9 p.m. performance are $6.66 in advance or $8 day of show.