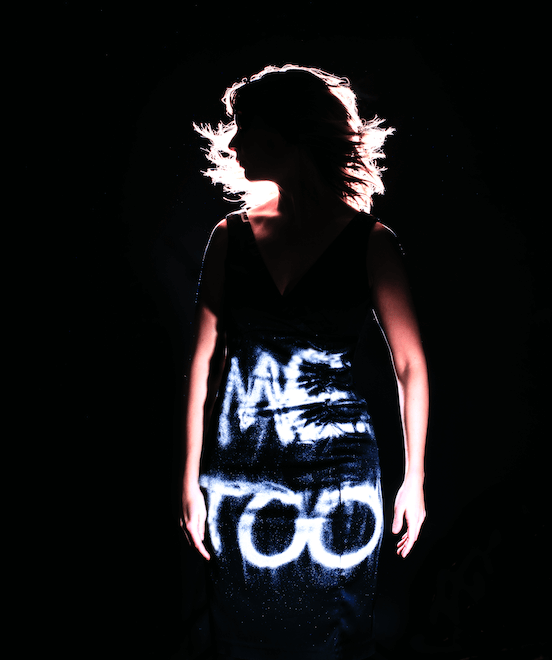 It’s been only a little over six months since the Me Too (#MeToo) movement first gained national prominence, and the Time’s Up movement was just founded by Hollywood celebrities at the beginning of the year, but these movements have generated an incredible amount of attention to the subject of sexual harassment and sexual assault in the workplace.  It’s a hot topic at the moment, but the problem itself has existed for years; all the stories that have been shared in recent months are a testament to that.  So what happens next?  Beverly Kracher, CEO of the nonprofit Business Ethics Alliance and the Robert B. Daugherty Endowed Chair in Business Ethics and Society at Creighton University’s Heider College of Business, said increased awareness serves as a catalyst for change.  “Everyone I know, it’s been on the tip of their tongue. It’s one of most significant social issues we’ve been addressing in the last couple of years,” she said. “If we can get it right, we’re going to grow as a society. If we don’t get it right, shame on us.” Elizabeth Power, the director of marketing and public relations for the Women’s Center for Advancement (WCA), said the recent focus on workplace harassment and violence had resulted in increased numbers of women seeking services from WCA (wcaomaha.org), which assists anyone experiencing sexual assault, domestic violence, stalking or human trafficking. That was expected. But what has come as a surprise is the number of people getting involved in the cause, Power said.

“What we’ve seen a big increase in is volunteers and social activism…which is not what we were expecting but we love that,” she said.

Power speculated that at least some of the supporters are women who have either experienced or witnessed workplace sexual harassment or assault in the past.

“They may have coped and moved on and don’t feel like they need services and support now, but through their past experiences they still identify with women who are going through this,” she said.

There’s no question that victims of workplace sexual harassment or assault experience trauma, said Jessica Kroeker, a training specialist and mental health therapist with Project Harmony, which primarily serves children who are victims of abuse and neglect. Project Harmony is also collaborating with other organizations to serve adults and victims of other trauma through Trauma Matters Omaha. Kroeker said sexual harassment and assault are a problem beyond the workplace because one individual’s trauma can have widespread consequences. 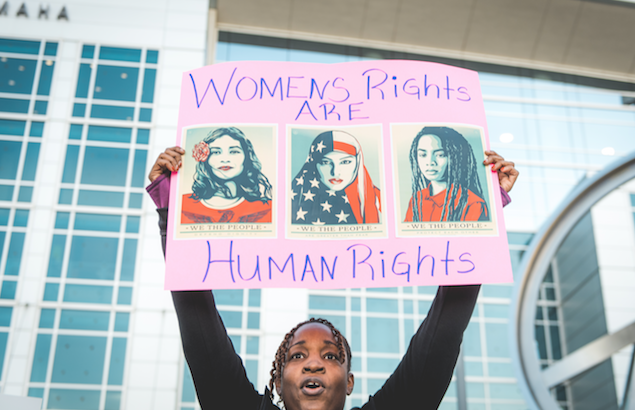 “Nothing happens in a vacuum or tunnel,” she said. “We want people to be able to recognize that trauma and adversity really do have an impact on people, and that affects everybody.”  An individual who has experienced trauma is affected psychologically even if she or he wasn’t harmed physically, Kroeker explained. And that stress can take a toll on physical health or trigger negative or even destructive behaviors like substance abuse.  “Research has shown that trauma has a huge impact on people. We have the knowledge that it impacts us from a mental health standpoint, but research is clearly saying that it also has an impact on us physically…and with higher trauma and adversity we have greater behavioral and physical risk,” she said.  A person’s work; relationships with children, spouses, co-workers, family and friends; and interaction with the community can suffer.  “It affects everything when you are carrying that (trauma) around with you,” Kroeker said. “The symptoms for trauma and the symptoms for vicarious trauma are the same. Because you have that empathy; you’re essentially living through it with them.”  Echoing the sentiment that no one is alone from a different perspective, Power emphasized that help is available at any time.  “Our hotline—402-345-7273—is staffed 24/7,” she said. In acute situations, a safety plan is the first step. “It’s different for every client, and it can be lifesaving.”  Workplace victims in particular may hesitate to reach out because they are uncertain how to respond or what their choices are, Power said. “When something that happens that’s wrong in your workplace, it may be hard to report it in your workplace.”

Other workplace victims believe they may be blamed or fired if they report harassment or assault to company leaders or human resources, she said.  “You never know if you’re going to be believed, especially if it’s somebody higher up. If it’s your boss who’s assaulting you, who do you go to? If you depend on that job or you’re the breadwinner, or if you’re an ambitious person who is following your career dreams, reporting an assault could derail that. It could mean job loss or that you would have to change your career goals, and there’s a lot of fear with that,” she said. “So you may say ‘I’m going to be fine’ and ‘I’ll get through it’ and pretend it never happened.”

Sometimes victims regret not resisting more vigorously or that they had responded to the perpetrator in a friendly way before an incident, Power said.

“If they were assaulted or if they are not sure, the most important thing they need to know is they didn’t do anything wrong, Power said. “As a human being you just want to rationalize it; you don’t want to believe that someone can be so evil.”

WCA provides a safe and confidential source of support, Power said, and its services are provided at no cost to the client. The center at 3801 Harney St. is open 8 a.m. to 5 p.m. and appointments are not required to see an advocate. Advocates explain options, which can mean getting law enforcement involved and pursuing criminal charges for crimes like rape and stalking, consulting with attorneys about initiating civil litigation in cases of sexual harassment that don’t involve physical contact, or explaining accessing mental health and well-being services like counseling and support groups.

“That allows the victim in that situation to really understand their choices and the path they want to take and what those paths might look like,” Power said, adding that it’s important for victims to know that the direct care staff doesn’t push them toward any particular action. “The very foundation of our work is to empower our clients. That’s because sexual assault, domestic violence, stalking, human trafficking—all those crimes—are not from lust and desire. They’re coming from power and control. So when we can give that power and control back to our clients by empowering them to make the choices that are right for them, then that’s a big win.”

Even long after an incident of workplace harassment or assault has taken place, women can still find support, or as Power puts it: “There is no statute of limitations.” The perpetrator may be deceased or the incident long in the past, but counseling and support groups can be helpful to people who are remembering or reliving experiences amid the recent conversations around #MeToo and Time’s Up.

“Resiliency beats trauma,” Kroeker said. To foster healing, people who’ve experienced trauma can address their psychological health through not only counseling but personal activities such as counseling, connecting with loved ones, becoming involved with the community and exploring their spirituality. “All those ways you build your resilience help overcome the symptoms that come with trauma. Trauma and the symptoms of trauma are not set in stone. There absolutely is hope.”

It’s important for victims to know where to find help, but the topic of workplace sexual harassment and assault needs to be addressed where it starts: in the workplace. Business leaders need to not only make sure everyone understands what is and isn’t appropriate behavior, but also what the consequences are and who to go to within the organization to report an incident or take action, Kracher said.

“For people to work well in the workplace you need people with strong character and good attitudes, and you need organizations to have great structures to reinforce that. Those are the two levels,” she said.  Awareness has improved over the past few decades, she added, but more work still needs to be done. “We need to continue that attitudinal change through education, et cetera, so we’re seeing each other as equals. And then we need the structural changes as organizations to keep up with the attitudinal changes. Those are harder, because especially if you’re a large organization, you’re a behemoth and have policies and practices that have been set and it’s hard to change those. Structural changes need to happen, too: hiring, promotion, those formal processes.”  A healthy corporate culture means people should not only understand what’s appropriate and respectful as far as interaction with others, but they should also feel empowered to speak up when they witness wrongdoing or are themselves a target. Formal ethical communication training or refreshment refresher training (“We used to call it assertiveness training and awareness training.”) is a good first step, Kracher said.  Training helps provide workers with the tools they need to speak up, from understanding resources like anonymous hotlines and human resources liaisons within an organization to “pre-scripting,” a rehearsal on what to say to diffuse or address an uncomfortable situation. Supervisors and leaders should also know how to respond to reports from their subordinates and when to bring in human resources, legal consultation or even law enforcement.  In milder situations, sometimes calling a person out in a nonconfrontational manner lets him or her know a behavior or comment isn’t welcome and can serve as a lasting deterrent. Not all responses need to involve escalation, Kracher emphasized.  “You have to ask yourself what you want the end result to be,” she said. “You want to live in a workplace where you’re getting stuff done.” And a positive workplace culture starts from the top down.  “It’s having leaders who are willing to talk about these things,” she said “To show that leaders care, that’s wonderful leadership.”

Organizations can work to create a workplace that is physically safe and psychologically safe, Kroeker said, and that goes beyond doing background checks and publishing anti-harassment policies in the employee handbook. The Trauma Informed Omaha website (traumamattersomaha.org) can help organizations find self-assessment tools and identify resources for creating a trauma-informed agency workplace, she said.  “From a lot of the needs assessments and evaluations that we’ve done, (we’ve found that) people want to be asked if they’re okay and they want their supervisors to ask how they’re doing and show an interest in who they are,” she said. “Just asking can do a lot for someone’s psychological safety, noticing that someone is caring about them.”  #MeToo and Time’s Up will likely give way to another hot button issue eventually, but the conversation needs to be sustained locally.  “Sexual assault in the workplace is something that needs to be talked about. Otherwise it’s going to continue to happen,” said Power. “I get to have so many candid conversations in my role at the WCA and it’s so interesting to see how people are people are talking about this; it’s a very different conversation now than it was even three years ago, and I’ve only been with the WCA four and a half years.” What WCA advocates say to their clients, Power said, applies to us all: “You can’t change the past but you’re here and you‘re learning and you’re going to make the future better. That’s what’s really important.”