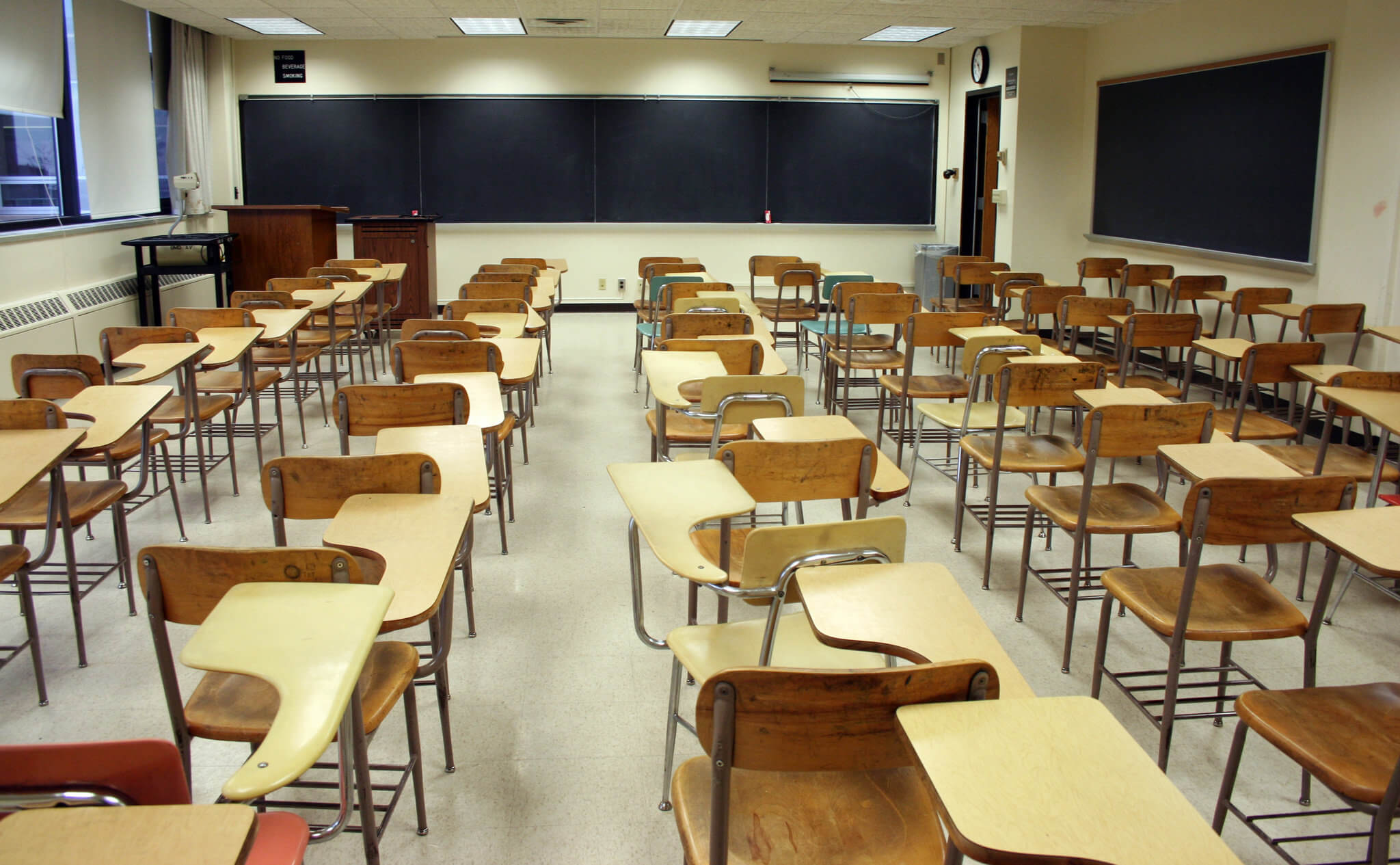 With her unruly dark hair and her usual uniform of a sweater and jeans or a mid-length skirt paired with her gray Chuck Taylors, Sam Chesters could easily pass for an undergrad. An animated and articulate speaker, she explained her schedule this last spring semester while enjoying the recent nice weather out on her friend’s back porch.

“I just thought to myself, ‘Oh, god. I’m only going to teach one class in the spring. I’m going to have to make up for that income somehow.”

Chesters also works at the writing center at Metropolitan Community College, every Monday, Tuesday, Wednesday and Friday. And every Sunday morning, she gets up around eight and heads in to her brunch shift at a downtown restaurant, Jackson Street Tavern, hoping to make at least an extra hundred dollars for the week.

She said her monthly check from UNO was about $850. That money covered a large portion of her bills, she said, but it did not cover all of them.

“So I have my other jobs, and I try to live off of the money from those, which includes buying gas and food and paying the rest of my bills.”

Misconceptions abound when it comes to the work our teachers do in this country. Many people think they only work nine months out of the year, and that once class lets out around three, their work for the day is done.

Anyone who knows a teacher knows that this is not true. They are often at school until at least five or six in the evening, sometimes later. During the summer, they work on lesson plans and often continue their own education in order to stay up to date on what is happening in their field. Sometimes they coach or volunteer to serve on school committees, or teach summer school. And sometimes they have to work a second or even a third job just to be able to pay their bills.

For adjunct instructors at the university level, this last scenario is often their everyday reality.

Many of these part-timers teach one or two classes at one institution, and then have to supplement their income working other jobs. Whether it’s teaching at other colleges or waiting tables, it’s clear that often the compensation they receive often isn’t enough to live on. Not only do they generally earn significantly less for teaching courses, sometimes the same ones as regular faculty, they also do not receive health or developmental benefits.

Unfortunately, the use of adjunct faculty has increased significantly over the last few decades. This increase is widely known in education circles as the “adjunctification” of our universities, sometimes referred to as the Wal-Mart effect.

Part-time instructors who might wish to step up and take on some of these responsibilities often aren’t allowed to or simply don’t have the time because they have to work other jobs. Overall, the current system has created an environment in which adjunct faculty members are sometimes poorly treated and often, even more poorly compensated.

A report by the American Association of University Professors, or AAUP, stated “faculty on contingent appointments frequently pay for their own computers, phones, and office supplies, and dip into their own wallets for journal subscriptions and travel to conferences to stay current in their fields, while struggling to preserve academic freedom. However heroic, these individual acts are no substitute for professional working conditions.”

This type of job insecurity “harms the mental well-being of non-tenure-track faculty. A substantial number report feelings of stress, anxiety, and depression associated with their position.”

According to part-time Professor Larry Bradley, who teaches environmental geology, about 50 percent of the classes taught at UNO are taught by adjuncts. While this is definitely less than the national average of around 70 percent, he said he still considers this an overuse of part-time faculty. He also said that once you factor in benefits received by tenured professors and take out what adjuncts spend of their own money, adjuncts make about one-sixteenth the amount of what the tenured professors earn.

Bradley is part of a local movement to push for better pay and working conditions for adjunct instructors. Unfortunately, it can be difficult for adjunct faculty to organize. Because of the uncertainty of whether they will even have a job the next semester, most adjuncts are not generally in a position to make waves. He said they would like to see some of that uncertainty go away.

“We would like to see a three year contract for adjuncts.”

Bradley said those who can are trying to make that happen. “We call ourselves the Adjunct Faculty Association…not a union, but we can still make noise, go to meetings and rally.”

Chesters said she would like to see a pay raise as well, “even if it’s only 75 percent of what full-time faculty makes.”

But for now, Chesters will continue to teach when she can, sharing an office with about 30 other adjuncts and nervously waiting to find out whether she will be able to teach two classes next semester, or just one. Or in the worst case scenario, possibly none. And she will pick up extra shifts during the summer to make up for the income she’ll lose once the semester is over.

Admittedly, this is not an ideal situation. She said if it were up to her, she would love to be able to focus strictly on her teaching. She believes that education is one of the most important things in life. “So why aren’t we just, funneling money into this? A better-educated citizenry is going to result in a better society.”

That is a complicated question, and one that has been asked by numerous academics over these last few decades.

But perhaps a more important question is, if we continue to take money out of the hands of our educators, who will be our educators in the future?