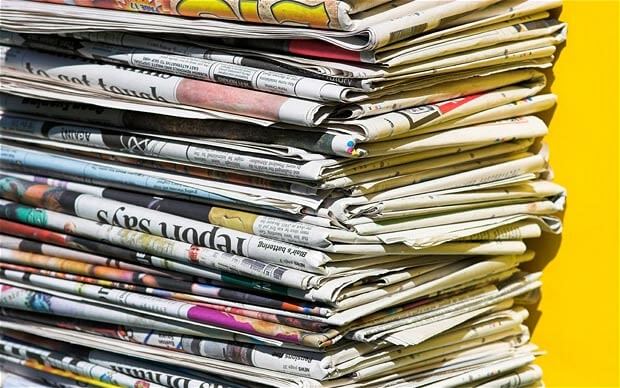 The topic was the future of local television news. The interrogator was a young journalist who just got her first break in the local TV news market. And the underlying theme was how the Internet and Social Media will impact both their futures.

But conversation quickly turned from technology to what “news” is to a generation raised on a steady diet of reality television, game shows and apathy.

By the time our conversation ended I was convinced that: 1) television is dying, 2) so is local TV news, 3) in a few years everyone will get their news from their phones, the ‘net and social media, and 4) people are stupid and getting stupider by the minute.

And while we’re casting a net into this ocean of ennui, let’s not forget radio and newspapers, who were the internet’s first (apparent) casualties, two media that look about as high tech as a Jethro Tull 8-track tape lying in a bargain bin at a thrift store.

Or maybe I’m overstating. How many of you are reading this column in print? A show of hands, please… Ah, more than I thought. Newspapers may be on life support, but they ain’t dead yet. Just ask Warren Buffett, who has been more than eager to loosen some spare change investing in newspapers all over the country (including our very own Omaha World-Herald).  Uncle Warren is either being philanthropic or he sees a way to make some coin off these steam-powered relics.

No matter what Warren does, the web is destined to eat them all. The next generation — this generation — lives on their smart phones and their tablets. They’re connected in the cloud. And their news lives on the internet, not on a piece of paper or a TV set.

In fact, more people I talk to are getting rid of their televisions altogether. They’re getting their fix from YouTube and Hulu and Netflix. They don’t need no stinking cable or satellite dish. Their programming is on the ‘net. So is their news, and not from omaha.com or NYT.com or wowt.com, but Facebook, Twitter and Reddit.

The local affiliates are starting to figure this out. They’re just now dipping their toes in the social media streams, wondering how they’ll manage to swim in those already crowded waters without losings their shirts. Because we should never forget that it’s advertising that powers the news rooms. Too bad no one’s figured out a way to make real money off a website. All the banner ads in the world won’t generate enough cash to feed your Action News Team.

And while you’re feeding those eyes on the internet, you’re taking them away from the almighty television. Why should Tires Inc. spend its ad dollars on your 10 o’clock when the TV stations are pointing viewers to the online version of their content? Why indeed.

I had no answers for my young friend, other than the world is changing and that if local TV is going to survive it’s going to have to find its niche on the web. Their competition isn’t their fellow TV stations, but their fellow online news gatherers. Newspapers now have video departments; and TV stations now have people writing for the written word. Dogs and cats, living together.

Before our conversation came to a close, the topic shifted from technology to content. What should local TV news cover?

Over the weekend I watched a “news” story on one of the locals — a feature about a man who surprised his family on camera by telling them he was taking them to Disneyland — all 15 of them! There they were, tripping over each other on the concourse at Eppley, wearing matching homemade T shirts, waiting to board a flight to the Land of the Mouse, smiles and guffaws all around.

While watching I kept wondering, where’s the wheelchair? Where’s the bald kid fighting for his life against the dreadful terminal disease? Where was the lottery winner? Where’s the frickin’ hook?

But there was no hook. This was all there was. I’m watching wondering who on the news desk decided that a family going on vacation is news.

Meanwhile, elsewhere in our fair city, people are living in the most profound, unspeakable poverty. People are spending sleepless nights wondering how they’re going to feed their children and keep them warm as the long winter months approach. As I type these words, someone somewhere is cleaning the barrel of a gun, wondering if s/he’ll will be forced to use it to get what s/he needs to get by.

Maybe they should all just turn on their TV sets and dream about Disneyland.

I mentioned this to my young soon-to-be-a-TV-reporter friend. Her response: Given the choice between watching a news story about a shooting that took place in a section of Omaha that they’ll never step foot in or watching a family headed to Disneyland, her friends will always choose the latter. Dream trumps reality every time. We’re all getting tired of bad news. Who wouldn’t rather watch tears of joy than the tears of a mother holding a photo of her dead son?

Who was the naive one in this conversation?