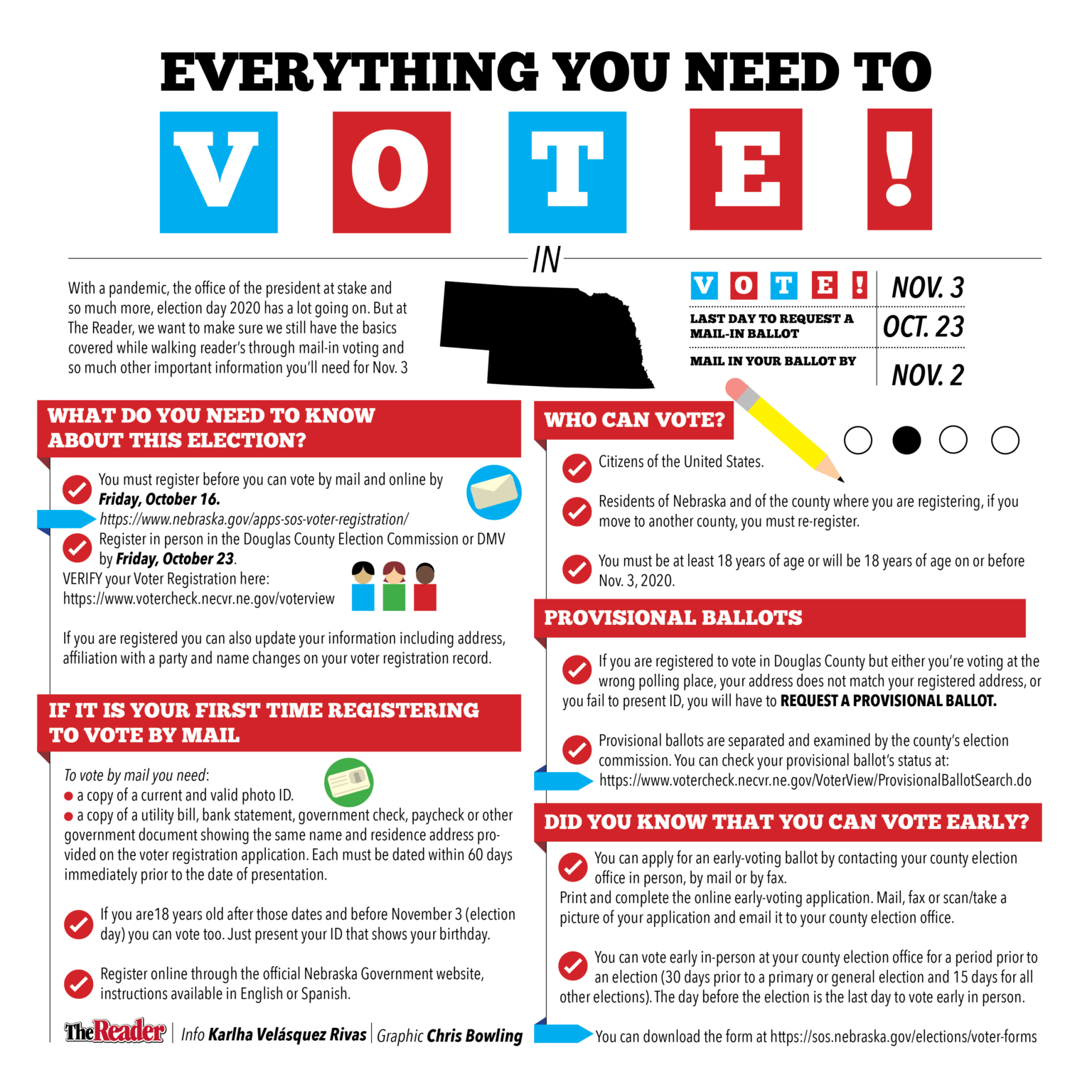 Your Checklist for Voting

With a pandemic, the office of the president at stake and so much more, Election Day 2020 has a lot going on. At The Reader, we want to make sure we still have the basics covered while walking readers through mail-in voting and other important information you’ll need for Nov. 3. 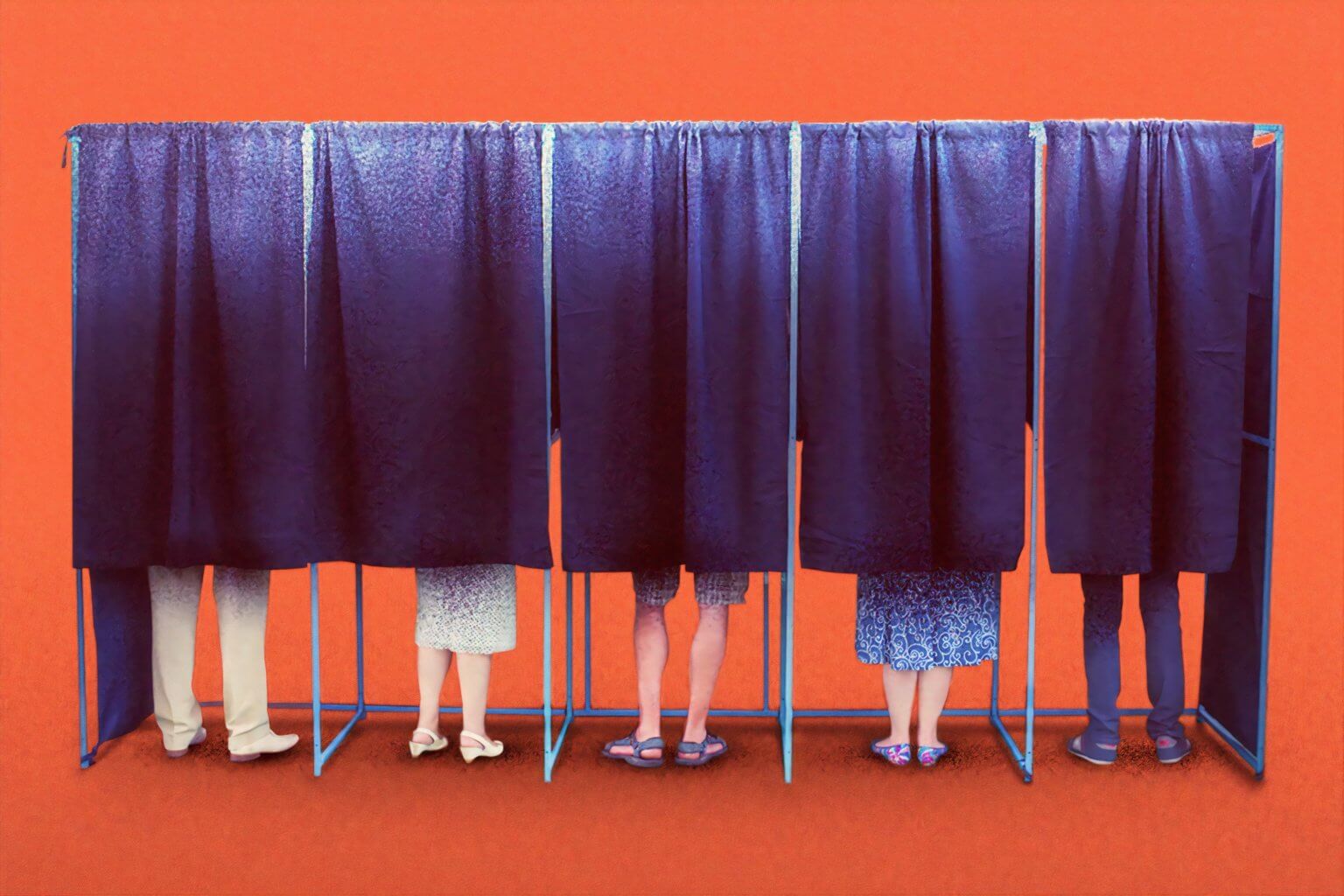 Why yes, it’s come time again to practice our most civic duty. If you’ve somehow missed all the signage online and in real life, there’s a host of resources online to help you figure out how to vote in Nebraska. 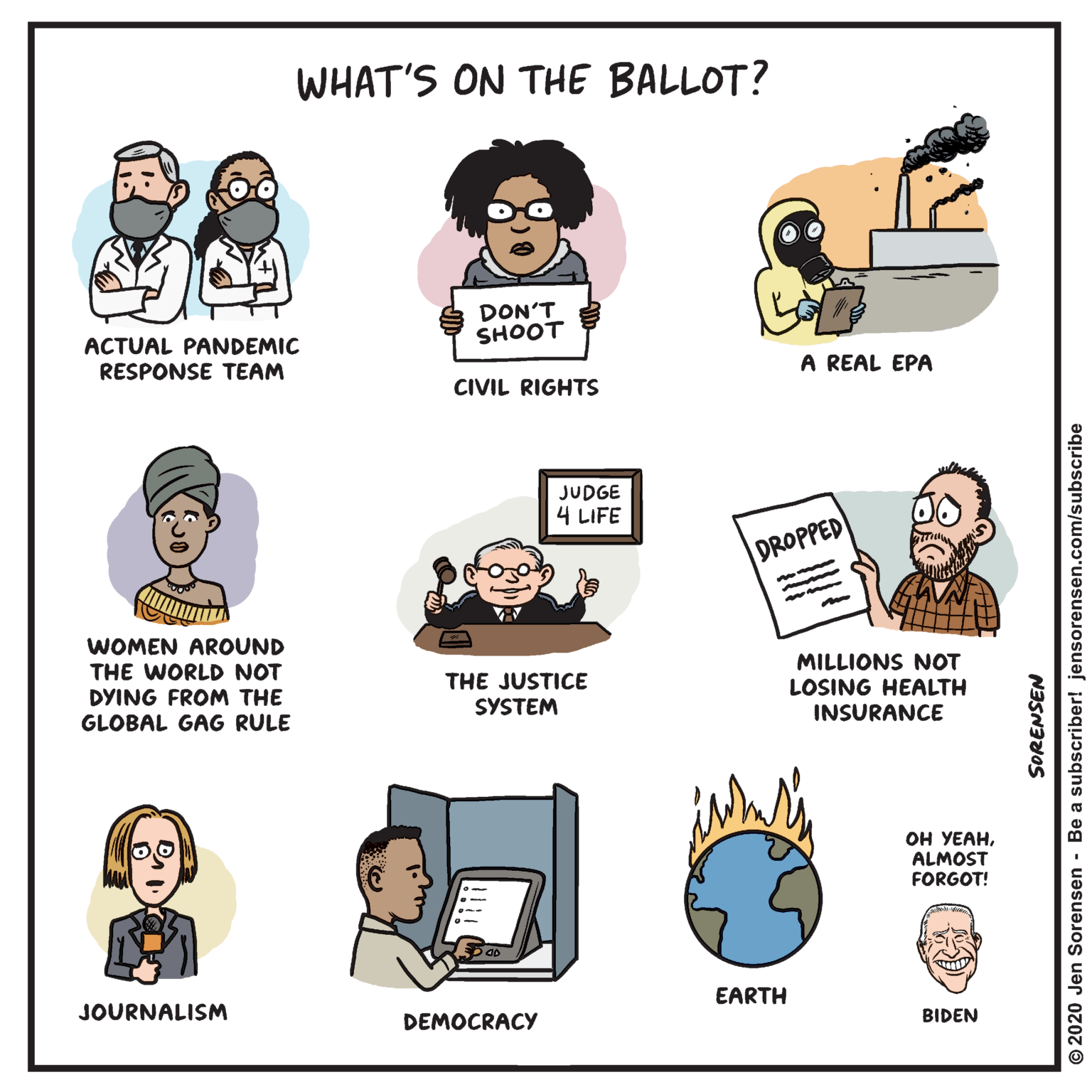