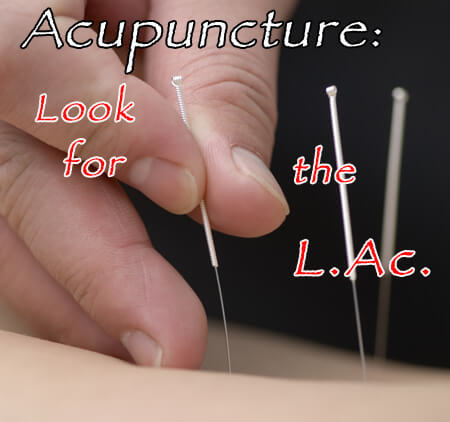 It was 2 a.m. and Stevie Wonder wanted a Leslie in Studio B. The only problem was that the Leslie he wanted was in the anteroom of Studio C. A Leslie is a specialized speaker cabinet invented for use with a Hammond organ but in the 1970s it was popular to run other sounds through the rotating speaker cones in order to get a swirling stereo effect. For example, Joe Walsh used it a lot with guitar and that April night of 1975, Stevie’s engineer Gary O. (a legend in his own right) needed to run some background vocals through it during a mix. I was Gary’s assistant engineer so the chore of getting that effect was mine. Dutifully traipsing to Studio C, I met the problem. A Leslie 122 cabinet is roughly four feet tall and three by three square, weighing just over 150 pounds. Ordinarily you just grab a two-wheeler and shuffle it around. But this time it was blocked in by an air hockey table. (Yes, diversions are necessary when you’re in the studio.)

Now on any given night at the Record Plant in Los Angeles, there were other engineers, techs and roadies working all hours. But unusually, no one was about. Walsh was in C and Poco was overdubbing in Studio A but no one was in the shop or in the hallways. Maybe they were hanging in the Jacuzzi room or in one of the three theme bedrooms in the back, doing whatever. I was faced with trying to move the Leslie over that air hockey table myself. At that level of studio work, there is an urgency involved so I wrapped my arms around the top as best I could and leaning back, gave it my all to lift it off the floor and swing it over the corner of the table. It was as I twisted that I felt a little twinge in my lower back. Ah, “So what,” I thought. (Also the title of the album Walsh was working on at the time.) But by dawn, I could hardly stand straight and I knew: I had tweaked my back.

Where does it hurt? My first experience with acupuncture was four years later in Japan. I arrived after 16 hours on a 747 to engineer an album with the group “UK.” Checking in to the Tokyo Prince Hotel around 9:30 p.m., I dined at their fine restaurant — where they offered “Braised Bear Palm,” “Bird’s Nest Soup” (made with real bird’s nests) and “Grilled Deer Tail” — before returning to my room. My back was very stiff so I took a Quaalude and called for a room massage. After forty-five minutes of shiatsu, the cute, petite masseuse asked in her stilted English if there was anything special that needed attention and I told her about my chronic back pain. As I relaxed further, my barely conscious mind detected an unusual feeling in my lower back. Slowly my thought process paged through the Rolodex of known sensations and turbidly arrived at a conclusion: that’s a needle. In my back. In an instant my mind flashed fast-forward through nerve damage, hotel doctors, Japanese hospitals, paralysis, wheelchair being off-loaded at LAX. “Stop!” I demanded firmly but cautiously. And that was that.

Redemption. It’s 2016. For the past 30 years, I have had nothing but the greatest respect and faith in acupuncture and Traditional Chinese Medicine. To say I had a one-eighty from that Tokyo experience would be an understatement. I have seen acupuncture work wonders for me and for others in addressing medical calamities that Western medicine has been unable to resolve. Acupuncture and TCM are my “go-to” modalities for nearly everything that I find requires treatment. Bunions to backaches, infertility to skin rashes, chronic disease to colds and flu — any affliction or condition could be brought to the acupuncturist. I have found every visit to my acupuncturist to be a relaxing and rewarding experience. The tiny needles are barely inserted and the sensation is about as noticeable as being brushed with a feather. The results, however, can be astonishing.

But know this, please. In Nebraska, there are three groups of practitioners that can legally poke patients with acupuncture needles. Those are medical doctors (M.D.), chiropractors (D.C.) and Licensed Acupuncturists (L.Ac.). (In a grey area, physical therapists may also do some needling.) Here is the important thing to note: Of those main three groups, only the designation L.Ac. confirms that the practitioner has actually studied the intricate details of Chinese medical theory and practice at a four-year Chinese medical school. An M.D. or a D.C. may have read a book, attended a workshop or studied in detail and is still legally able to poke. But in order to have an L.Ac., one has to have mastered the Chinese tradition and passed a nationally authorized examination. Now, that’s not to say a D.C. or M.D. might not be the best darn acupuncturist on the planet. It could be. And that guy checking groceries at the corner may be the best reiki healer on the planet, too. And I mean that sincerely. It’s just that L.Ac. presumes a little bit more about how far the practitioner has embraced the theory and practice of a methodology that dates back thousands of years. It’s no easy task to assimilate that knowledge in a weekend workshop or online class. And education in Western-based science does not relate to Eastern medicine. They are completely different in approach. My acupuncturist (an L.Ac.) is concerned that the diagnostic techniques used in TCM requiring extensive training and practice are rarely studied outside of a four-year Chinese medical school.

I wouldn’t presume to visit a Licensed Acupuncturist for a chiropractic adjustment. I wouldn’t visit a Doctor of Chiropractic for a surgical intervention and I don’t visit an M.D. for acupuncture.

And if you need to move a Leslie, ask for help. As for a shiatsu massage? Feel free to visit the Tokyo Prince Hotel. Ask for Miyu.