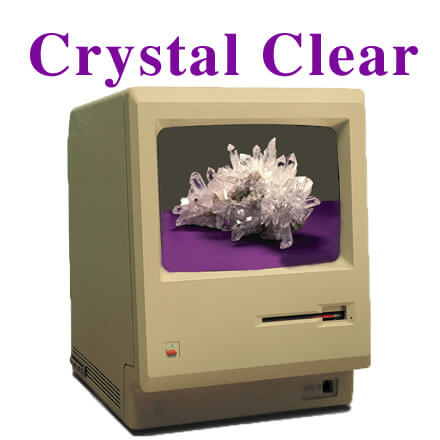 For ten years, people paid UCLA good money to study the art and science of recording in classes I taught each quarter. Few of the students entered the class realizing that they would be learning the basics of metaphysics in the process. And judging by the Instructor Evaluations on file, there was nary a susurration among the students.

Of course my curriculum covered the history of recording, the Nyquist Theorem, Hitler’s role in giving the world hi-fidelity audio, smuggled tape recorders out of post-war Germany, the seven characteristics of sound, mic placement, ego-massage and the revolution of digital audio. But as much as that, it covered the release of fear, connecting with the intuitive mind, A Course in Miracles, hypnosis and the basics of crystals.

I loved challenging students to free their minds from the shackles of quantifiable metrics and enter the realm of the unseen reality of art. One of the ways I did that was to grasp the small amethyst crystal pendant around my neck and chide the class that they are in error if they pooh-pooh the power of crystals, subsequently reminding them that each of those wearing a watch was using a quartz crystal to amplify, regulate energy and store memory. A real silicon crystal was at the heart of nearly all electronic devices even back in those early days of the digital decade. I was particularly close to that embryonic development, having engineered the very first multitrack digital recording with the 3M machine in February of 1979.

Superman has landed. Researchers at the University of Southampton announced in May, 2016 that they had developed crystals that will store memory for billions of years. They labeled them “Superman memory crystals,” just like in the movies. I can’t help but wonder if some life form a couple millions years down the road will find the crystals and dismiss them as inert pieces of silicon like so many people presently do when confronted with a natural crystal.

Humans evolved to handle energy. Turn up your stereo and you’re increasing amplitude, varying frequency response, changing the nature of the wavelengths pulsing from the speakers and more. The energy variation is done by transistors (chips) inside the stereo amp. And inside those transistors are crystals.

Transistors are a “real-world” example of the energy properties of crystals. When used for commercial application, it’s not hard for anyone to understand the nature of crystals.

All healing systems recognize our natural healing energy. Chinese medicine calls it chi. Japanese use ki. Ayurveda mentions prana. The indigenous tribe of the Kalahari, the

!Kung, refer to the healing power of num. All ancient cultures acknowledge this natural connection with healing energy. Sadly, future archaeologists may surmise that the 20th Century words for “healing energy” were words like: “prozac” or “hmo” or “viagra.”

“Time keeps on slippin’…into the future.”

Your watch clocks energy with a quartz crystal. Your CD player uses a ruby crystal to amplify and organize the light energy that reflects off CDs. Your iPhone uses a crystal to organize your Contacts and produce your screen. The ignition system of your car regulates the spark plugs with a silicon crystal chip. Your computer? A computer chip is a chip of silicon quartz crystal. Why do you think they call it Silicon Valley?

The point is, you use crystals constantly. They store, amplify, correct and control energy to perform tasks. It’s natural. If your laptop stores information on a crystal reworked by Intel, it’s not impossible that a quartz crystal pendant might store the energy of an argument earlier in the day; or a loving moment of romance with your girlfriend. Energy is energy; crystals are crystals.

Properly used, can a crystal amplify the healing energy of your body? It’s thought provoking.

It’s crystal clear. A crystal is not a stagnant artifact. A crystal starts small then grows larger. Crystals actually grow in the ground in a matrix. They absorb, use and store energy and mature, just like anything else in existence that we consider “alive.”

The second most common element on earth is silicon. The most common crystal is silicon quartz. It grows from the combination of silicon and oxygen. When other factors are involved, such as natural inclusions or background radiation, the characteristics of the quartz change enough to appear colored or smoky. This is a primary identification factor that links crystals to their best use in healing.

Remember, what we are interested in is energy, healing energy. Color is an indicator of one of the characteristics of light energy: frequency. Color is a function of light. We detect frequencies of light as denoted by the color we see. The visible light spectrum goes from the lowest frequency, red, to the highest, violet. This spectrum is, in order, red, orange, yellow, green, blue, indigo and violet. If you ever forget this order of lowest to highest, just use nature’s classroom to remember it. That is the same order you will see in the sky when a rainbow forms. Red is lowest; violet highest. Crystals and gems are easily identified by color. This gives us a general guide for the frequencies on which they operate.