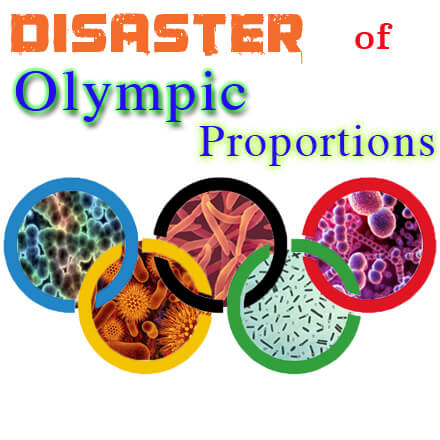 Not the Plague of Justinian in the Sixth Century. Nor was it the Cocoliztli Epidemic in the late 1500s. Ebola? Hah! Barely touches it with its 4000 dead. Only the Black Plague of Europe in the 1300s comes close. With fatalities at nearly 100 million, the Spanish Flu pandemic of 1918 is generally regarded as the worst pandemic in human history. And it took only one year for a hundred million to die.

Ground Zero for the Spanish Flu pandemic is commonly believed to be Étaples, a small village in northwestern France, just across the Channel from England. It was the site of a massive troop encampment during World War I. Virologists theorize the disease mutated from a virus found in birds to a more virulent form in pigs and then to humans. From that incubating bivouac in France, the deadly form of flu continued to mutate and migrate across the globe.

By comparison, the 2014-15 Ebola outbreak was localized, infected mostly West African countries, and played itself out. The 1918 influenza virus might have played itself out in Europe and England were it not for one thing: millions of Allied soldiers from around the world traveling to all corners of the earth on their way home from a deadly and disastrous war.

By the end of the war, human civilization had only recently mechanized transportation to include fast, steam-powered ships, locomotives, automobiles and planes. When soldiers and support personnel left Europe, they carried the flu virus with them. The first major outbreak in the United States was detected in the middle of Kansas. Worldwide outbreaks ensued. 100 million died.

Going for Gold. In a few days, tens of thousands of athletes from over 200 countries around the world will travel to Brazil to compete for Olympic gold. And with upwards of a million world travelers expected to descend upon the disease-ridden biological cesspool known as Rio de Janeiro for the 2016 Summer Olympic Games, the world-wide vector will expand across the globe at jet speed when those competitors and tourists head back home. Are we ignoring history by turning a blind eye to potentially causing a pandemic?

Up to Their Necks in Sh*t. Brazil and Rio in particular are a mess. Start with the ridiculous political instability. Most of the top elected political leaders, including the president, have been indicted or ousted from office over the past few months, based on corruption charges. The suspended president has been replaced by an interim, unelected one. The Brazilian economy is in its worst recession since the 1930s and inflation is rampant. Crime is epidemic with tourists warned not to venture to some of the most popular locations. But the politics, crime and economy are not the deadliest threats the horde will face. Disease, pollution and the mosquito-borne virus known as Zika will be nigh on impossible to avoid.

As long ago as 2014 researchers found the super bacteria Carbapenem-resistant Enterobacteriaceae (CRE) in the water and on the beaches of Guanabara Bay, where sailing and wind-surfing events will be held during the Games. CRE is a bacteria that resists the absolute strongest antibiotic known to modern medicine.

Two newer studies from 2015 showed the presence of CRE at five of Rio’s showcase beaches, including the ocean-front Copacabana, where open-water and triathlon swimming will take place. The other four were Ipanema, Leblon, Botafogo and Flamengo. The super bacteria can cause hard-to-treat urinary, gastrointestinal, pulmonary and bloodstream infections, along with meningitis and pneumonia. The fatality rate is upwards of 50 percent. The superbug has even been found in the Rodrigo de Freitas lagoon in the heart of Rio and in a river that empties into Guanabara Bay.

Waste from countless hospitals, in addition to hundreds of thousands of households, pours into storm drains, rivers and streams crisscrossing Rio, allowing the super bacteria to spread outside the city’s hospitals in recent years. Our aquatic athletes will be swimming and competing in a toxic brew of chemicals and super bacteria.

Zika. Staying off the beach and out of the water won’t keep you safe. Zika is transmitted mainly by mosquito bites. And does Brazil ever have mosquitoes. Most who contract Zika will not die. Its most serious effect — up to now — is birth defects. But scientists warn that Zika is one of the fastest mutating viruses ever observed. Already an American who contracted Zika has died from it. What will happen when the disease vectors are exponentially expanded by millions attending the Games? And what will happen to the 200 countries that those tourists and athletes return to after the closing ceremonies? The beaches of Rio are deadly. Do we have our heads in the sand?