Home » Specials » Everything You Need to Know is in ‘60s Music 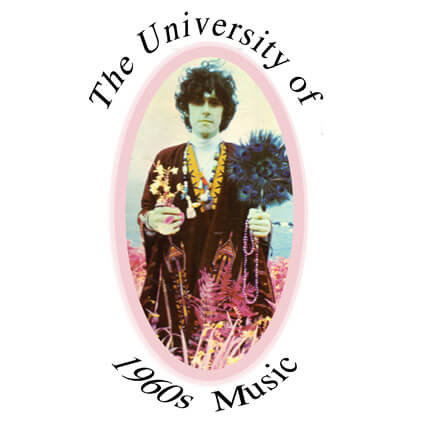 I was convinced that the 1960s and ‘70s, my teen and young adult years, had to be the quintessential decade of change, a quantum leap in social and human consciousness unseen in history. But then I figured every generation must think that their decade of early adulthood was the most creative and enlightened of all time. I cast my thoughts back to what I knew of the 1920s, the Paris and New York centers of creativity, the Algonquin Round Table. The 1890s were rife with metaphysical exploration. So I began to believe my conviction that the 1960s were special was but a symptom of generational self-aggrandizement.

But as it happens, in the 1990s I became close friends with someone who lived through the Roaring Twenties, the Booming ‘50s and then saw the ‘60s, too. I asked him if it was just self-absorption or were the ‘60s as unique as I thought.

“Having seen the ‘20s, the ‘50s, the ‘60s and all the decades between and around, absolutely the 1960s were special. The creativity and social evolution that took place were unparalleled, in my observation,” he confirmed. So, it wasn’t just I who thought so.

Popular music exploded in the ‘60s and the conflation of Eastern philosophies, entheogenic drugs, social upheaval and spiritual awareness led to creative statements in a large percentage of songs and provided metaphysical, environmental and social messages in unprecedented numbers. Here’s a short list of special songs with links to some. I’ve always been a lyrics person and the words are important so find them when you can. Some of the songs are obvious, some require deeper, poetic interpretation. Go find these on YouTube, listen, and your training in metaphysics and social awareness will be complete, Grasshopper. And please, bear in mind that audio quality in 2015 sucks compared to the real thing of the ‘60s. That said, these are all listenable, enjoyable songs just for the music. Add the meaning and you’re elevated.

“Get Together” – The Youngbloods. A song we’ve all heard time and again. Pre-dates Course in Miracles and the “Love vs. Fear” message by years. Of course, “love vs. fear” is a Biblical theme, too. Original was written by Dino Valenti, covered by The Kingston Trio then the We Five before The Youngbloods released the signature version.  https://youtu.be/53XyCbIJGKY

“Heaven is in Your Mind” – Traffic. Title says it all. Band members (including Stevie Winwood and Dave Mason) holed up in 16th century Berkshire cottage and writing sessions were fueled with chemical inducements. https://youtu.be/LVSd48vIYFI

“Fresh Garbage” – Spirit. I’ll say Spirit is my favorite band of all time. Rock, pop, jazz, world – all genres melded into virtuoso performances by virtuoso players. Title is a hint. From 1968, pre-Silent Spring, these guys were pounding it. “Look beneath your lid some morning. See the things you did not quite consume. The world’s a can for your fresh garbage.”

“Canyons Burning Down” – Spirit. Decades before the California drought and before the term “global warming” even existed.

“Douglas Traherne Harding” – Incredible String Band. “One light. Light that is One though the lamps be many.” Healing separation, seeing Oneness. https://youtu.be/RnrldplvVok

“Tomorrow Never Knows” – The Beatles. Surprisingly, The Beatles songbook is scant with real metaphysical songs. This one came from a John Lennon acid trip while contemplating the Tibetan Book of the Dead. The lyrics describe true meditation pretty well. The paradox is the cacophony of the musical bed. Harrison would have done it better. If this is Lennon’s acid trip, it explains a lot, as in “I hope this stuff wears off soon.”) https://youtu.be/6a3NcwfOBzQ

“Within You and Without You” – The Beatles. George Harrison’s contribution. Heavily influenced by Vedic philosophy. “Try to realize it’s all within yourself. No one else can make you change.” https://thereader.com/1204 George was a gentle and peaceful soul whenever I saw him in the studio, emanating what he wrote about.

“Maya” – The Incredible String Band. The basic raiment of reality is maya as described in Vedic lore. A long and listenable song by ISB compiles the world’s images that we can shed like opinions or fingernails. Lead member Robin Williamson played this at a home concert I attended in the late ‘80s and it was a true joy to hear then as it is now. https://youtu.be/SCRVkyt74Ig

Donovan We haven’t even touched on the metaphysics of Donovan’s canon. For an exclusive Heartland Healing interview with Donovan on the healing power of music, read this: http://HeartlandHealing.com/Donovan

By the time we moved into the late ‘70s, film, with its longer run-up time, caught up to the metaphysics of the prior decade’s music. Star Wars and Yoda, Defending Your Life, and other movies carried the theme as ‘80s music devolved into fun but flippant ditties that took us far afield and into Spandex-land. But for a moment in time, music was a valiant teacher to those who chose to sift through the chaff and seek the kernel of enlightenment.