Home » Specials » Fear is Not an Option 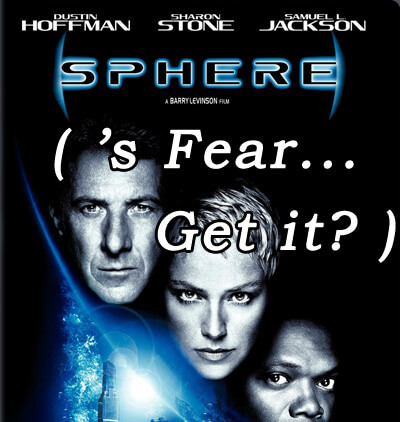 Life is simpler than you thought. There are but two emotions that energize our existence, that drive our behavior. At any given moment we are experiencing the emotion of Love or of fear. Once we examine the choice, we realize fear is not an option.

Love expands, includes, welcomes. Fear is Love’s opposite. Fear blocks, constricts, immobilizes. When we are afraid, expansion is impossible. Fear temporarily blocks the flow of Love. Love will continue. That is why fear is futile.

When a system blocks energy, whatever that system is, it will fail and destroy itself. A car engine that runs out of the oil that keeps the resistance low will blow up. The electricity flowing through the wall of the room you sit in is not a problem. Stick your fingers in a socket and block that energy and you have a problem. Resistance to energy is a problem. Fear blocks Love. That is a problem and manifests itself rapidly in the field (body) that resists it.

All traditional healing arts recognize the need for unrestricted flow of energy for health. Acupuncture stimulates the flow of energy along the meridians. Chiropractic manipulates the body to enhance energy flow along the nerve paths. Ayurveda seeks to clear the paths of ama that blocks the flow of the doshas. With heart disease the leading cause of death in the U.S., even primitive allopathic Western medicine tries to clear the plaque and fat out of blood vessels using rather crude methods of scraping or replacing the lines (bypass.) Not subtle, but then again, Western techno-pharmaceutical medicine is rather young and has much to learn about subtlety and more still to learn about healing.

Since thought is the ultimate and only creative force, fear-based thoughts that block love are the ultimate damage to our health. As if proof were necessary, the June 1997 Journal of the American Medical Association published a Duke University study showing that negative emotions and thoughts block the blood flow to the heart arteries (ischemia). Ischemia causes heart attack. Said Elizabeth Gullette, of Duke, “What surprised me was the power of the association and the fact that negative emotions can actually trigger ischemia.” Thanks so much, researchers, for telling us something our moms could have told us: “Think good thoughts.”

“There is nothing to fear but fear itself.” – Franklin Roosevelt There is only one fear; it takes many forms. Everything you do that is deceitful, unkind, negative or unloving in any way will simply add to that pool of fear in your mind. For example, every little lie you tell increases your fear level, either of being caught in the lie or adding weight to whatever fearful rationale caused you to lie in the first place. That fear has a direct connection to, say, your fear of not having enough money. All fears are connected. They are one pool of fear.

Two flicks fight fear. Parables teach. Two movies, among many, that didactically explore fear include the 1991 Albert Brooks comedy Defending Your Life, a film about what happens in the afterlife. It is a brilliant assessment of our human obsession with fear. In a place called Judgment City, Brooks’ character finds himself with thousands of other recently departed Earth people viewing replays of their lives. In a courtroom-like setting, a prosecutor tries to convince a pair of judges that Brooks’ character needs to return to Earth because he has not yet learned that fear needn’t run his life. Metaphysical messages about love and fear are interwoven in this touching love story.

Sphere (1998) Characters portrayed by Dustin Hoffman and Sharon Stone join a team of scientists exploring a mysterious globe at the bottom of the ocean. What they find is that the sphere (an intentional play on the phrase “It’s fear”) intensifies the power of the mind and manifests inner fears. Entertaining and Sharon Stone is nice to look at.

The result of leading a fearless life will be health, but that’s not the point. Is our whole purpose here just to pursue health? Not so. Health is the natural byproduct of right-mindedness, not a goal, but a given. Our task here is much more creative than that. We have bigger fish to fry. So then our task here is the elimination of fear? Not even that. We go far beyond.

A Course in Miracles says “…you do not guard your thoughts carefully enough.” And goes on to explain that, yes, you can use miracles to do that, to “…set the mind itself straight,” but then all you are doing is that, spending miracles on getting rid of fear. It becomes a circular exercise. It’s like spending all your time changing the oil in your car to avoid the engine wearing out but then never driving the car anywhere! We have bigger fish to fry. And fear is not an option.