Home » Specials » Fit to a Tea 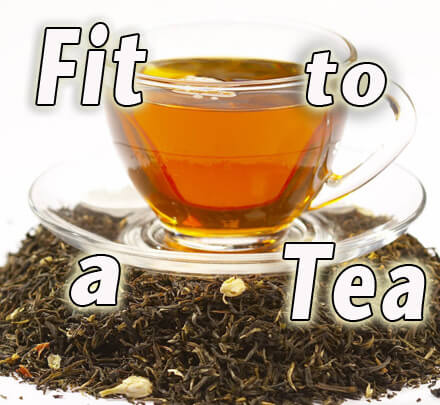 Tea means different things to different people. Tea can be a brew made with water and almost any kind of plant material. There are teas from herbs, flowers, roots, stems or even bark. Lewis and Clark kept alive during a harsh winter by using the inner bark of cottonwoods growing along the Missouri River in Nebraska. Tea has come to mean almost any type of beverage that results from steeping or soaking botanicals in water. That definition of tea is tea as the process. But there is also a plant called tea. That’s the one our forefathers tossed into Boston Harbor, a party that bestowed its moniker to a 21st century political faction. The dispute was then over taxation and tea was taxed at the time of our American revolution because it was valued as a beverage. In the land of its origin, China, tea actually served as money, pressed into blocks and used to buy and sell. It was valued as much more than just that. It was, and is, medicine.

Discovered Occidentally Tea, the plant Thea sinensis, is native to the Orient. It is a hardy evergreen that can grow to 30 feet but when cultivated is manicured to 4-6 feet high. The Western world knew nothing of tea until the era of European exploration in the 1500s. Travelers wrote from China and Japan about a drink that was a staple of Asian culture and revered for its beneficial effects. Especially appealing was tea’s stimulant nature. Tea contains caffeine and other alkaloids, including theophylline. The English word tea is based on the Greek word for “goddess,” thea, so maybe the early explorers knew more than we realized about tea’s divine healing properties.

In 1657 a fellow named Thomas Garway invited London to tea. He owned a popular coffeehouse and imported a large quantity of tea from China. Thus began the British Empire’s tremendous influence over the Western world’s tea drinking habits.

(Free) radical approach Green, oolong or black, it’s the same plant, but green tea, oolong or black is determined by process and production. When the tender young leaves at the top of the plant are picked and dried gently, prevented from fermenting, and packaged that way, it is green tea. A different process, promoting slight fermentation and pressing, results in oolong tea. And the most processing results in black teas. Due to its limited processing, green tea is not oxidized and more of its natural properties remain intact. These properties have been known in Oriental medicine for thousands of years. Only recently has Western science noticed them.

Green tea has high quantities of those famous antioxidants we hear so much about. Antioxidants are the compounds that eliminate free radicals in our bodies. Free radicals oxidize things, supposedly causing everything from heart disease to cancer as well as attacking the immune system. A simple explanation is that they cause the body to corrode, like a rusting car. Antioxidants keep free radicals from attacking cell integrity. They keep us from oxidizing — rusting.

Antioxidants are present in many healthful foods and vitamins. The most famous are probably vitamin C and vitamin E. But University of Kansas research shows that, as an antioxidant, green tea is 100 times as effective as C and 25 times better than E.

Other research has focused on substances in green tea that are cancer growth inhibitors. Tannins are active elements of tea. A specific extract of green tea called epigallocatechin gallate (EGCG) causes a surprising effect in tumor cells: they commit cell suicide (apoptosis). Green tea is bad for cancer cells; good for people, something known by billions of people for thousands of years. By the way, the research is published in the Journal of the National Cancer Institute, Volume 89, Issue 24: December 17, 1997. The research was done at Case Western.

Other studies are just as notable. What got U.S. researchers interested in the first place was a study in the early ‘90s by the Shanghai Cancer Institute, Columbia University and the U.S. National Cancer Institute. Their findings: people who drink even one cup of green tea a week have a reduced risk of rectal, colon and pancreatic cancer. A related study found the same light use of green tea reduced the incidence of esophageal cancer by 60%.

And the cancer-fighting effects of green tea are not limited to the gastro-intestinal tract. Another complex mechanism of ECGC has been found to inhibit tumors. Green tea has been shown to protect against lung cancer and skin cancer as well.

Because of the intricate effect of green tea on the various lipids in the body, cholesterols and triglycerides, another study concluded that those who drink green tea are effectively protecting themselves not only from heart disease, but from liver ailments as well. The study was first published in 1995 in the British Medical Journal.

Heartland Healing examines various alternative forms of healing. It is provided as a source of information, not as medical advice. It is not an endorsement of any particular therapy, either by the writer or The Reader. Access past columns at www.HeartlandHealing.com