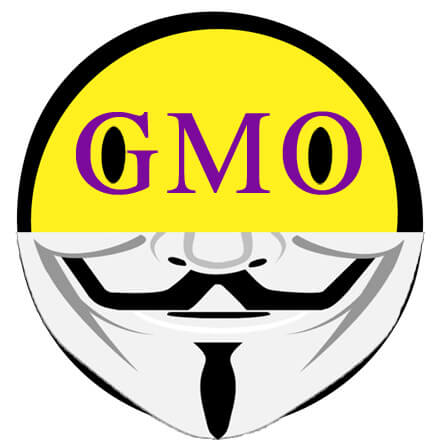 “A rose by any other name would smell as sweet,” the Bard proclaimed. By that logic and at the other end of the spectrum, a pile of crap is still a pile of crap. That holds especially true for Monsanto and GMOs.

Just a couple years ago, I sat in a conference room with five well-educated, worldly professionals discussing updates for a local farmers market policy. All had been involved with the market and familiar with our mission for five years or more. Because new produce varieties were coming online that year, including some that were genetically modified organisms (GMOs), I noted that we should make the market’s policy on GMOs clear to both consumers and vendors.

Around the table there was a quiescent nodding of heads but after a pregnant pause, one of the five summoned the courage to ask, “Remind me. What is a GMO?”

Stunned that apparently all five were ignorant of the term, I did my best not to fall out of my chair as I patiently explained the radical technology that had been commercialized two decades previously and had invaded nearly 80 percent of processed foods on supermarket shelves.

The reality is that for twenty years, GMOs had escaped the general public’s notice. In just a year or two, that changed.

High profile campaigns to mandate GMO labeling in Vermont, New Hampshire, Connecticut, Maine, Washington, Oregon, California and other states brought the term “GMO” to the common lexicon. The GMO villains (Monsanto, DuPont, Bayer and their minion grocery store groups) poured millions into fighting the labeling movement. By inadvertently raising public awareness of the term GMO, they sealed their own doom and backed themselves into a corner. Lucky for them, Hillary Clinton showed them a way out.

Shell game. All of a sudden a few months ago, the game changed. Big Ag food producers changed their tune and began to announce they would label their products if they contained GMOs. Five big ones jumped on. Campbell’s Soup was first one up on January 1. After spending a half a million dollars to help defeat California’s Proposition 37 ballot initiative that would have mandated labels, Campbell’s now says they support a mandatory federal labeling solution. Following Campbell’s came General Mills, Mars, Kellogg’s and ConAgra. Each promised to label foods with GMOs. In fact, General Mills said blithely, “Consumers deserve to know what is in their food and how we make it.” WhiskeyTangoFoxtrot?

For about 30 seconds I rejoiced. “We won,” I thought. Then rationality struck. Nope, these are not idealistic, altruistic, ethical, moral companies we’re thinking of here. These are profit-motivated, cutthroat corporations. What gives? When does the other shoe drop?

Two shoes. It’s not just one other shoe headed for a drop. It’s both. And here they are. By labeling — or at least saying they will — Big Ag has defused the issue. No more “mandatory labeling” initiatives are pending in any states. It’s a non-issue. Plus, these companies are not legally bound in any way to follow through. They’ll set their own schedule and if they ever do label, it will be entirely on their own terms. Plus, they can now continue to spend their millions lobbying Congress to pass that pending legislation outlawing any state from requiring GMO labeling. Poof! It’s a political end-run.

Secondly, now that the public is finally aware of the term “GMO,” Big Ag is doing the big pivot.

Shilling with Hillary. At the beginning of her run toward the White House, Hillary Clinton cozied up to her longtime buddy, Monsanto. June 25, 2014 saw Hillary cashing a check for $325,000 to appear at the BIO Tech food conference in San Diego. For the biotech industry, it was apparently money well spent to get some advice from one of the best tale-tellers and spinmeisters in politics. Hillary had some good points to tell the Monsanto lobbying group at her talk.

Clinton, who endorsed GMO seeds and promoted them internationally while in her role as “Secretary of State,” (much as she did with the fracking industry,) told the conference exactly how to spin terms that would be softer and easier for the public to swallow along with their processed food. She told them that the term “genetically modified” sounds too “Frankenfood.” Use something more friendly sounding like, “drought-resistant sounds like something you want.” It’s all a matter of semantics. All the biotech industry had to do is come up with a different name for what they were foisting on the consumer.

Fast forward to research from Harvard in 2016. Just this month, scientists published a paper describing a new way of modifying the genetics of a bacteria to produce a new, more potent insecticidal toxin. Oh, they are indeed artificially toying with the DNA of a living organism. But instead of calling it GMO, they’ve pivoted, just as Hillary suggested. They came up with this one: phage-assisted continuous evolution or PACE. “Continuous evolution.” Wow. That sounds fuzzy-cozy, right? Heck, we’re just giving Nature a little nudge — artificially, in a way that would never happen in nature.

So now the second shoe has dropped, following the first. Soon, GMO will be a term relegated to the trash heap of history, like the Lindy Hop and typewriter. And GMO will masquerade as PACE. Time for a new dictionary. Be forewarned and…