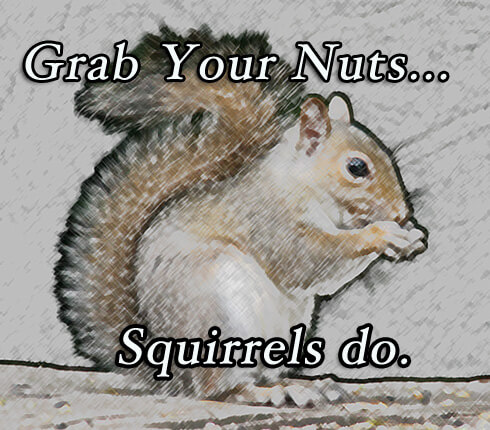 If my casual observation and deduction holds true, we may be in for quite the winter. Squirrels in my neighborhood are gathering copious amounts of nuts and stashing them everywhere. Do they know something about the weather that we can only guess? And on the human side, it’s no wonder that pecans, Brazil nuts, walnuts, almonds, pistachios and other nutty buddies find their way to our diet in the winter months. At a time of year when we need nutrient-dense, high energy foods because of the chill in the air and onset of brutal weather, nuts are just that: power-packed nuggets of protein, fat and nutrients.

Nearly all true nuts have redeeming value when it comes to nutrition and health benefits. Some rate higher than others and some are just plain indulgence. Besides, some nuts are not nuts at all but seeds, fruits or legumes. But when it comes to nuts, it’s crazy not to include them in your diet.

Almonds Almonds are indigenous to southwestern Asia so it’s no surprise they are commonly used in ayurvedic medicine to promote healthy brain and nerve function. In modern research, almonds have been found to have certain cancer-fighting constituents in addition to the expected heart benefits. Almonds’ high level of vitamin E is believed to help with skin problems. There is also the suggestion that the oil present in the almond is slightly aphrodisiac, is highly anti-inflammatory and can protect the liver and intestines. They are a super-source of potassium, magnesium, manganese and other vital minerals.

Walnuts Walnuts are high on my list of healthful foods to include in a winter diet. They brim with high amounts of omega fatty acids, known to promote healthy heart function. A Spanish study found that the healthful fats in walnuts actually appear to reverse some of the damage that can be done from “bad” fats. Researchers noted that a handful or two of walnuts at the end of a meal may protect the arteries from saturated fat damage. Medical botanist Dr. James Duke reports that walnuts are used in Turkish folk medicine to treat glandular disorders and that a possible use is the green walnut which seems to combat the lethargy and effects of hypothyroidism. Another possible benefit of a handful of walnuts as a snack is that a major study of 25,000 subjects found that those who ate walnuts regularly were not likely to be overweight. Walnuts are rich in serotonin. That is the “feel good” chemical in the brain that is suspected of making us feel full. According to NutritionData.com, walnuts have a whopping 11,000 milligrams of omega-6 fatty acids. Those fatty acids are crucial to overall health. Though some omega-6 fats are suspected of being pro-inflammation, walnuts also contain high levels of magnesium which help the body convert the omega-6’s to a form of linoleic acid that lowers inflammation.

Cashews Cashews are the most popular nut in America though technically they are not a nut but the seed of the cashew apple tree indigenous to Brazil. The cashew shares some of the heart protecting characteristics of other nuts and seeds. It might be a decided option because it is lower in fat than other nuts. Some sources claim that the cashew also promotes healthy gums. Along with the pistachio, it has the highest protein ratio.

Pistachios Penn State researchers found that as little as three ounces a day of pistachios can lower blood pressure significantly. What a tasty way to take care of hypertension. And pistachios have been found to lower cholesterol, too. Using a similar amount of between 1.5 and 3 ounces of pistachios daily, the test subjects maintained a normal diet otherwise and yet they lowered LDL cholesterol without drugs. The pistachio is native to the Middle East and is now cultivated in California. Legend has it that pistachios mixed with honey can enhance male sexual performance. Mediterranean cuisine often tops a meal with baklava made from those ingredients. With research pointing to improved cardiovascular performance, maybe that legend is fact.

Hazelnuts Also called a filbert, the hazelnut has a unique flavor and is loaded with tryptophan. Some people believe a few hazelnuts before bedtime lead to a restful sleep because of that. It’s also 65-70% oil and provides a healthy level of oleic acids, helping to maintain healthy cholesterol levels. Filberts are highly anti-inflammatory.

The right nuts. While nuts are inherently good for you, like any other whole food, industrial producers have a heinous way of messing up a good thing. I’d rather eat dirt than some of those snackified almonds from the Quik Mart. Those things have more chemicals than my entire college career. Nuts are best eaten raw but otherwise, choose nuts that aren’t roasted in mystery oil or basted with sketchy swill.

If you grab the right nuts, they can be a boost to your health and a smart alternative to processed foods as a holiday treat. Next up, how to find a good date.