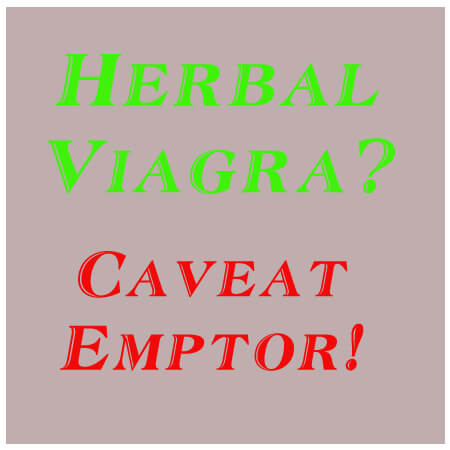 Probably the best thing Lamar Odom has done since giving the Lakers a couple decent seasons as a backup forward is bringing to light the dangers of taking unreliable herbal supplements. Let’s be clear: Mixing cocaine and sketchy herbal supplements, like former NBA player Odom reportedly did recently, is never a good idea. Sources claimed Odom used several doses of a so-called “male enhancement” herbal tonic before collapsing in a Nevada brothel. And while there undoubtedly are some supplements that are beneficial and effective, it’s unlikely that they will be found at the counter of your local gas station or bordello.

There are two diametrically opposed medical systems at work in America and the rest of the Western world. One can be called “holistic” and is often referred to as “alternative medicine” or “alternative therapies.” The other is allopathic or conventional medicine, the kind government subsidizes, that uses primarily drugs, surgery and technology.

Holistic medicine generally recognizes that the body works as a whole organism and treating one complaint in an isolated fashion is counter to how the body is designed. Holistic therapy typically looks at the whole (surprise!) and never ignores how seemingly disparate functions and modes are actually working in coherence with the rest of the body. Every experience, thought, action and behavior has impact on health. By strengthening the whole being, energetically and physically, a healthful balance is restored and disease is eliminated.

Allopathic (modern) medicine works in a reductionist method, isolating symptoms and attacking them directly in an attempt to defeat a specific symptom. To many of us, it’s obvious how such a method fails: It’s like playing Whack-a-Mole with ailments. And you all know of examples. (For an excellent Oscar-winning example of the futility and folly of Western medicine, see if you can get your hands on the film The Hospital from 1971. It’s on Amazon.)

[It should be noted that I believe allopathic/modern medicine does have redeeming values. When it comes to trauma, injury or a grievous insult to the body, there is nought on this gray earth anything to rival what ER docs and surgeons can accomplish. In an acute crisis, one can take a lead from my old friend, cardiologist Richard Collins who said, “If you find yourself in the ER with a massive heart attack, I’m not gonna lay a sprig of broccoli on your chest.”]

Whaddya mean, “alternative”? Somewhere along the line, sometime in the 20th century, therapies that have existed for thousands of years became known as “alternative.” It is ironic that allopathic medicine featuring pharmaceutical drugs, surgery and technology, in existence for only about 125 years, has somehow become known as “traditional medicine.” Meanwhile, time-tested remedies like Traditional Chinese medicine, acupuncture, ayurveda, true herbal medicine, and other holistic modalities effective for thousands of years, were relegated to a genre that seemed second-string and viewed with a skeptical eye.

But with a ‘60s generation that spouted, “Question Authority,” and celebrated comics such as “Mr. Natural”, we saw increased interest in holistic approaches to health. Marry that to journalist James Reston’s account in the New York Times of his positive experience with traditional Chinese medicine while undergoing an emergency appendectomy while reporting on Nixon’s China junket in 1972. Then factor in Linus Pauling’s groundbreaking 1970 best-seller Vitamin C and the Common Cold and we see a huge upsurge of interest in herbs, nutrition and vitamins as a means to restoring and maintaining health.

Clouding the perception came a glut of not-so-natural supplements. Unlike herbs, one would be hard-pressed to find these chemical and extract supplement forms in nature. They have flooded the shelves of drugstores, convenience stores and gyms. These types of supplements with the weird names and formulaic descriptions benefit from the halo effect of holistic, traditional therapies but in most cases suffer Western medicine’s same mistake of being reductionist and derivative in the approach to healing and health.

Such is the case with the type of supplement touted as “herbal Viagra.” It’s wrong on so many levels. First, it’s likely most Viagra-like drugs aren’t really used to treat an ailment but as a “performance enhancing drug” — sorta like what gets athletes banned. Secondly, these kinds of supplements haven’t passed the most important evaluation that a real traditional, holistic therapy must: the test of time.

When worlds collide. The most trustworthy holistic therapies — often labeled “alternative” — are the ones that time has shown to work. Acupuncture works. Meditation works. Massage therapy works. Ayurveda works. Bona fide herbal therapies work. A host of other, adjuvant therapies are also effective. One can’t rely on modern Western medicine to validate those kinds of therapies because Western allopathic medicine doesn’t understand them in the first place. E.g., the Western medical paradigm trying to understand acupuncture is like a dog staring at a stopwatch.

On the other hand, some archaic therapies — like bloodletting, for example (even though there is evidence that there is indeed a very limited example of when modern-day bloodletting is therapeutic) — don’t pass muster. They simply didn’t work well enough or pass the test of time. (One wonders if our current cancer therapies won’t fall into the same category.)

Simply put, I guess I use three main factors in choosing a healing modality: Is it attached to a long-standing cultural system such as Chinese medicine, ayurveda, folk medicine or Native American? Has it stood the test of time? And, does it pass the common sense test?

And, as in the case of the so-called “herbal Viagra”, how could one not practice caveat emptor for something as dubious as that? Just because something is not conventional medicine doesn’t make it a viable alternative. And don’t let the words “herbal”, “natural” or even “holistic” sell you a bill of goods that could put you on life support.