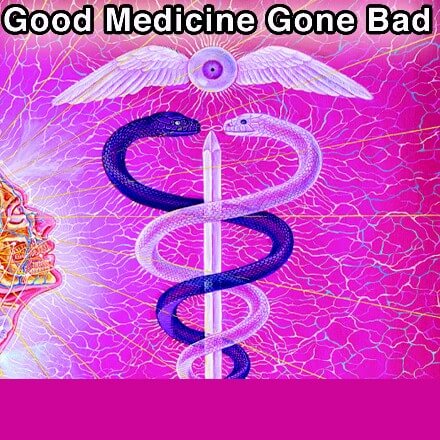 There are two kinds of medicine being practiced in the United States and mostly they are diametrically opposed. One form is of the traditional sort, used for thousands of years, that engages nature and our human relationship to healing. It treats the human being as whole, acknowledging that the entire essence of a human works together in achieving health. It supports the natural ability of a human to heal. Every part of a human cannot be disengaged from any other part. It treats the whole being. This system can be called holistic. To summarize, it works with nature by supporting the whole being’s ability to heal.

The other kind of medical approach can be called allopathic or conventional. It sees illness as an isolated malfunction to be attacked with pharmaceutical drugs and technologies. It targets a specific rather than the whole system. When it sees a malady in the body, it narrows in on what it believes to be the exact cause of that symptom. For example, it sees influenza as the result of one specific cause: a flu virus. Allopathic medicine believes that if that virus is targeted and killed by a chemical agent (the drug Tamiflu, for example) the illness will go away. An arthritic knee will be replaced by a titanium mechanism. Diabetes will be “cured” by injecting insulin. An earache requires antibiotics that kill bacteria even though the exact cause of the earache is not understood. A sleep disorder like apnea is treated by cutting away part of the interior of the buccal cavity or attaching a machine to pump air all night long, rather than addressing the underlying causes; causes that may range from diet, alcohol use, overweight, stress.

Admittedly, the Western approach is the “quick fix” and the holistic approach may take some commitment.

We’ve gotta get something straight here. Unless we call something by its right name, how can we know what we’re talking about? Let me explain.

Viewers of American television coverage of the recent Olympic spectacle saw media types go all google-eyed (yes, that was an adjective before a certain monolithic internet empire appropriated part of it as a brand,) over bruises and marks on our swimmers’ bodies. Media kindly informed that the bruises were due to the ancient Chinese healing technique known as “cupping” the USA trainers were using on our swimmers to heal and relax muscles. Well, that’s close to true, just about a solar system away. Actually, calling what they were doing an “ancient Chinese technique” is like referring to vodka as “potato juice”: there is some slight, remote, distant relationship but boy, what a difference.

The American sports trainers’ version of “cupping” used mechanical vacuum pumping cups placed against the swimmers’ skin, violently sucking tissue and dermis into the cup. And they presumably did mechanically release adhesions and draw blood to the muscles. But the way, means and results were far removed from the method used by the traditional Chinese practitioner. And this is precisely the misguided consequence from the Western adaptation of a traditional medical practice. American medicine continually thinks it can take something that works subtly in tune with nature and make it bigger, harder, more concentrated, more violent and that it’s going to work better. If something is good, the Western mindset says, “More, bigger is better.” It’s just not so. Oh, and coincidentally, “more, bigger,” usually means “more profitable,” too.

East Doesn’t Meet West America’s recent love affair with “alternative” medicine has been evolving for over 60 years. Even in the earliest part of the 20th century, with the exposition of India and China to the modern world, we dabbled in mysticism and the Eastern world’s deep-seated connection to nature, including its application of natural practices for healing. Along with the metaphysical side of Eastern culture, embraced by such as Madame Blavatsky, Henry Olcott and William Judge, Western culture was re-introduced to naturalistic medicine, which, though not fully previously abandoned by the West, had been overtaken by the technological and industrial revolution that commandeered much of European and American development. Historically and parallel to the East, the West had developed its own naturalistic approaches to healing based on what was available to a relatively younger culture in a totally divergent geographical region. But a battle was engaged.

Pharmaceutical companies were in the lead and taking charge. Mankind had lived in and with nature for all of time and when experience and tradition taught man that certain practices and certain plants could alleviate suffering and promote healing, man took to it and passed it on by oral, then written, tradition. In the 19th century, the compendium of medical knowledge in the West included herbs and techniques proven by time. But along came Big Pharma. Well, it wasn’t actually that big to start with, but it was successfully profit-driven.

Massage in a Bottle. Nascent drug companies were smart. They had seen plant-based remedies work for centuries. Herbalists found willow bark (as well as dozens of other plants) eased pain. Jesuit apothecaries watched natives of South America cure malaria with bark of the Cinchona tree in the 1500s and followed suit. The milky juice of the poppy slurred speech and eliminated pain. Teas of the common foxglove could stem chest pain and cure dropsy. But leave it to Western medicine to observe, analyze, reduce and monetize Mother Nature. You can’t patent a willow tree but you can extract the alkaloid, call  it aspirin and make billions of dollars from it. Same with quinine, morphine and digitalis. And 150 years later, our greatest health crisis is addiction to pharmaceutical drugs — derived initially from whole-plant medicines.

Look, I’m not a physiologist or a doctor. But I do understand what bruising is. If one stops but for a moment to consider the American sports trainers use of their perverse version of cupping and apply some common sense to it, how can a bruise of that severity be a good thing? Bruising doesn’t facilitate healing. It’s an anomaly and results from blood being in a part of the body where it shouldn’t be, the interstitial spaces outside of the vessels, capillaries and tissues where blood should remain. It’s not doing any good outside the tissue. Getting blood into the neighborhood of the stressed muscle is like a bald man eating hairballs in the hope of growing hair on his head. Granted, their “cupping” may get some blood back into the damaged muscles but using a hammer to kill a gnat is going to cause more collateral damage than a drone war.

Westernizing a traditional medical approach obscures the reasons that the holistic approach worked in the first place and will likely result in either no benefit or limited benefit. In this case, the cup is half-empty.