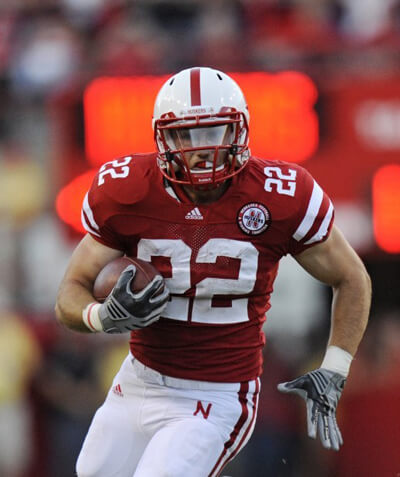 Late in the fourth quarter of Nebraska’s 51-38 victory over Washington, as the Huskers tried to run out the clock by running the ball, Rex Burkhead signaled for a replacement.

Brown asked Burkhead if he had been tapping out. Burkhead said no, he was just trying to get a signal from the sideline. “So I looked over at Braylon,” said Brown. “He was laughing at me. He wanted to get in. He’s eager to play. But Rex, he’s not going to tap.”

Not that Burkhead should never tap out. “I’ve told him this: ‘If you’re just dying and we need something fresh, you need to be wise because we’ve got some quick kids back there. Having you run half-speed, as good as you are, isn’t as good as having those kids running full speed,’ ” Brown said.

“Those kids” are Heard, Aaron Green and Ameer Abdullah, a talented trio of true freshman backs.

The end of the Washington game was such a situation. So was the end of the previous week’s 42-29 victory against Fresno State. In both cases, the Huskers were protecting a lead.

Burkhead got the call in the latter with 5:24 remaining, after a Fresno State field goal cut the lead to 35-29. He carried six consecutive times inside the tackles, gaining 34 yards. Then quarterback Taylor Martinez kept on an option around his left end and ran 46 yards to a touchdown.

Against Washington, Burkhead took over with 7:17 remaining, after the Huskies had cut the lead to 44-31 with a touchdown. The script was much the same, four consecutive carries by Burkhead inside the tackles before Martinez skirted left end for 6 yards and a touchdown.

Washington responded with a touchdown 15 seconds later, however, and back came Burkhead. This time, he carried six consecutive times, but came up short of a first down on fourth-and-3 at the Huskies’ 22-yard line. Washington had one more opportunity but couldn’t capitalize.

“He was very disappointed when he didn’t get the first down on that last drive,” Brown said. “He really wanted to get it. He tried to bounce outside. I told him, ‘You can’t bounce outside because they’re crashing the corners. You’ve just got to stay up in there and just kind of hammer it through. You can’t get too creative at that point.’ But he’s always in a position where he’s learning and growing.

“And I appreciate him.”

What’s not to appreciate? Burkhead rushed for 120 yards and two touchdowns, on a career-high 22 carries, against Washington. But statistics are a poor reflection of his value.

“That’s not what determines how well he plays,” Brown said following the game in response to a question about whether it had been a “break-out” game for Burkhead.

With the departure of Roy Helu, Jr., Burkhead is the leader of the running backs, even though he’s only a junior. And he embraces the role.

“It’s been fun leading the younger guys and being able to learn from them as well,” he said.

As a reporter suggested, Burkhead’s also the Huskers’ “closer.”

When the game is on the line, Brown “trusts Rex over us, you know,” said Green. “(I’m) pretty sure everybody in the state would. I would. I trust Rex over me.”