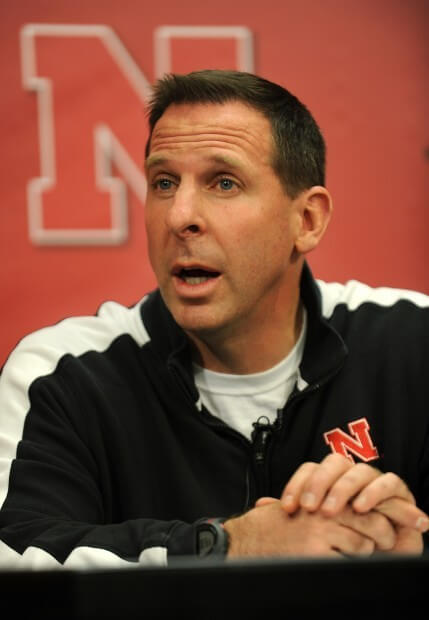 Bo Pelini might have misinterpreted the basis for the question. But no one could have misinterpreted his response. Nebraska’s fifth-year football coach punctuated it with an icy stare in the direction of the reporter who asked. Pelini held the stare for several seconds.

The question was whether the Huskers’ tackling problems in a 36-30 loss to UCLA at the Rose Bowl stadium were a result of lacking “want-to,” a description used by some of his players.

“They’re not . . . believe me, there ain’t a guy out there who took the field, or ever will take that field, for Nebraska that doesn’t want to make the play.”

Pelini is passionate. And he’s a players’ coach. It might be a cliché, but he really does have their backs.

Except for that point midway through his Monday news conference following the UCLA game, Pelini patiently answered questions about the Huskers’ nationally televised loss at UCLA. And though “want-to” wasn’t the right choice of words, poor tackling definitely was a factor.

“First and mostly we need to tackle better,” he said, repeating what he had said after the game.

That, in turn, contributed to another defensive problem, third-down conversions. “Our third-down defense hasn’t been good enough,” said first-year defensive coordinator John Papuchis, who was including an opening-game victory against Southern Miss in his assessment.

UCLA converted on 9-of-20 third downs, picking up first downs or, in two cases, scoring touchdowns.

So UCLA’s success on third down, just under 50 percent, “that’s not good enough,” Papuchis said.

“I think the biggest issue that we deal with on third down, right now, has less to do with the actual play-down and has more to do with first and second down,” said Papuchis. “When you talk about winning third down, you have to have winnable downs.

“If you don’t stop the run good enough on first down and second down, and it’s second-and-5 and then it’s third-and-2, and that makes third down a difficult down to win.”

What’s a “winnable” third down?

“I’d like to be third-and-6 or more,” Papuchis said. “That gives us an opportunity to pressure and eliminates some of the quick passing game and kind of takes the run out of the equation.”

On seven of its 20 third downs, UCLA needed 6 or more yards. And the Bruins failed to pick up the necessary yardage for a first down on all seven.

Offensively, Nebraska’s inability to convert on third down underscored the problem. The Huskers lined up for a third-down play 11 times against UCLA and converted only once. So accountability for the loss was shared by both sides of the ball, as well as by special teams.

As Pelini said following the game: “You want to talk about a team loss?”

In any case, the greater issue in the third downs, and UCLA’s 653 total yards, was tackling, which senior linebacker Alonzo Whaley addressed at the Monday news conference.

He used “want-to,” as well, directing it at himself. “It’s just that difference of being hesitant and attacking, the ‘want-to’ to attack the ball more,” said Whaley.

That was Pelini’s point a few minutes earlier. “Want-to” meant something altogether different, for him.