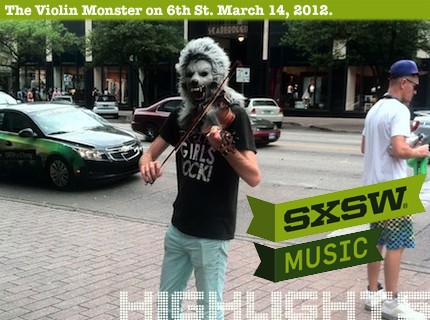 Spending most of my adult life in Los Angeles, I became accustomed to unique opportunities to learn about healing, metaphysics, mind/body medicine and spirituality. Practitioners commonly mounted workshops, seminars, lectures, presentations and conferences in L.A., the nexus of New Age.

Upon moving back to Omaha, I was happily surprised by the number of opportunities in the Heartland. There are more than enough gatherings to keep any seeker busy, offering wisdom and healing to all comers. Omaha is no mere oasis along the Oregon Trail. The grass isn’t really greener on either of the Coasts or in the Big City. In fact, roots grow a little deeper on the prairie.

This weekend bears witness as members of the Bruno Gröning Circle of Friends will present a lecture about the healing practice and techniques taught by the late 20th century German visionary, Bruno Gröning. The Circle of Friends follows the teachings of Gröning, a German faith healer who died in 1959. Once a household name throughout most of post-war Europe, Gröning’s teachings are finding a broad audience in America some fifty years after his death. It reminds us once again that healing is a natural force not limited to modern science, Obamacare or drugs and surgery.

Worldwide recognition. On May 23, 2013, the Bruno Gröning Circle of Friends was awarded the prestigious Peace Pole Award at the United Nations for its work around the world. Organization leader Dieter Häusler accepted the award, noting, “This award signifies the recognition of the life work of Bruno Gröning, and at the same time all of the Bruno Gröning friends worldwide who carry the message of peace, love, and harmony, as well as the possibility of healing on the spiritual path.” That includes a strong group here in Omaha.

Just another carpenter. Gröning was born in Danzig, Germany in 1906 and worked as a trade laborer most of his life. Notes about his life on the Circle of Friends website [www.bruno-groening.org/] describe a childhood in which his parents learned early on that their son was extraordinary. As a young man, he was drafted into service, was captured and interned by Russia until 1945. Shortly after World War II he began delivering lectures on faith healing throughout Germany. According to his biographers, he never promised cures and took no credit for healing, recognizing that healing is due everyone by spiritual intercession. In a German-produced docudrama about his life, Gröning says, “People who receive healing should thank God for it. I am nothing. God is everything.” A fascinating 12-minute trailer for the film is available at www.gh-film.de/.

Gröning continued with his healing sessions, reaching out to thousands across Europe. By the 1950s, he had become somewhat of a cause célèbre in the media. Controversy began to dog Gröning, especially after managers promised to establish healing centers through Europe but instead tried to capitalize on him as a phenomenon. A series of legal issues arose and Gröning was aptly exonerated. He always insisted that he did not promote himself as the source of healing.

Gröning died in Paris in 1959, leaving a number of people who had attended his healing sessions. Grete Häusler met Gröning in 1950. She had been healed of three chronic illnesses. In 1979, Häusler committed herself to preserving the teachings of Bruno Gröning. She formed the Circle of Friends of Bruno Gröning. There are now over 3000 affiliated groups in over 110 countries. The group is not affiliated with any religion or church. There are no financial obligations. There is never a charge for any of the work they perform, which is as Gröning stipulated. All of the work is paid for by voluntary donations.

A physician gets involved. In 1984, a doctor from Hamburg, Matthias Kamp, learned of Gröning’s work. Kamp, a man of science, was skeptical at first. After looking at some of the case histories of healings associated with Gröning, Kamp recognized a need to scientifically document the events. He formed a group of physicians and scientists who recorded facts surrounding the methods taught by Gröning’s followers. Impressed, this group, the Medical Scientific Group (MWF) began lecturing and teaching about Gröning’s method. Now the group travels around the world giving free lectures and demonstrating the technique. Kamp’s group has documented hundreds of spontaneous healings. These spontaneous healings include animals as well.

At 2 p.m. Saturday, October 5, members of the Bruno Gröning Circle of Friends will lecture in Omaha at the John D. Wear Building at 7602 Pacific. Admission is free and donations are accepted. Visitors should use the east entrance. For more information, interested parties can call a local member at 402-891-0121.

The purpose of the lectures is simply to share the potential of this spiritual healing. Past attendees have had an opportunity to practice the technique and experience the healing force. The lectures adhere to Gröning’s teachings. Gröning believed that the healing force, which he called Heilstrom or healing stream, was available to all. No one has a corner on healing and it is free to all.

Heartland Healing is a New Age polemic describing alternatives to conventional methods of healing the body, mind and planet. It is provided as information and entertainment, certainly not medical advice. It is not an endorsement of any particular therapy, either by the writer or The Reader. Visit HeartlandHealing.com for more information.