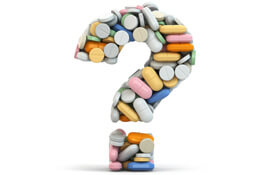 I recently enjoyed a memorable time visiting with dear friends from the past and present. It was a reunion of sorts, hosted in Hollywood, for a close-knit group of creative folks who lived and worked together during a remarkable period, the golden era of modern recording, the 1970s. That was the decade when the rudiments of music production met evolving digital technology and opened the door to the ability to shape sound beyond the norm of real time and physics. It was a decade when people, not boxes, molded music and sound into art. The reunion was a blissful and heartwarming experience.

Everyone I spoke with was typically energetic and a healthy survivor of some physically demanding times, save one. He told me in private that he was “…really sick, on 20 different prescriptions,” for pain, Type 2 diabetes and more. He had been taking most of the pharmaceuticals since 20 years but never drank alcohol or took any non-prescription drugs. We had a brief exchange about the potential of holistic therapies for his problems and I asked him what he wanted to do about his situation.

“I want something that works right away, I don’t have to work at and does the job.” He believed that what I suggested about acupuncture, herbal therapies and diet change would take too long and require too much of his own participation.

It’s true that a typical acupuncture treatment usually doesn’t produce the dramatic effect that a Vicodin or insulin dose does. And regular massage therapy may take several appointments to replicate the decrease in hypertension that blood pressure meds accomplish relatively soon. It may take some dedication before yoga helps relieve back pain. But here’s the difference: Sooner or later, (usually sooner,) even when pharmaceuticals do work, they diminish in effect, dosages have to increase, side effects devastate and no one gets better.

Allopathy versus holistic. Western medicine is allopathic. It’s a simple term that describes the approach our type of medical treatment takes. While some definitions define the word allopathy as meaning “science based,” that definition is completely and misleadingly incorrect. The word, as so many English words do, has its roots in the Latin. It means literally “against the symptoms.” Allopathic medicine, Western medicine, doesn’t get to the root cause of a disorder. Allopathic medicine attacks the symptoms, not the cause. It treats a malady, such as Type 2 diabetes, back pain or even cancer, as an isolated event that occurs independently of all other functionality of the body. That approach is why Western medicine so often fails.

If a person goes to an allopathic (Western-based) physician with a complaint of back pain, say, the typical approach would be to treat with drugs to dull the pain. More invasive treatment may include surgery which, on the surface, looks like it is addressing the cause of the pain, as in repairing a slipped disc or cutting a pinched nerve. Except, that isn’t what caused the pain in the first place. It was a breakdown of the structural integrity of the body. Neither pills nor surgery remedy that.

Or use the example of Type 2 diabetes. Western medicine will prescribe drugs to squeeze more insulin out of the pancreas and choke the glucose production of the liver to regulate blood sugar levels. But a holistic approach would see Type 2 diabetes for what it is, a lifestyle disease, and answer the problem with changes in activity, exercise, stress reduction and diet.

Think it through. My acquaintance from the ‘70s was like most Americans: mesmerized by the message modern medicine metes out in massive doses. That message says two misleading things: Our method is science-based and our method works, quickly. Neither is accurate.

I was taught that the scientific method means the results of an experiment are reproducible. Each time an experiment is run, the results will be the same, thus proving the soundness of the theory. But drug testing and modern medical procedures are anything but. Big Pharma’s drugs only work a small percentage of the time, even in trials bought and paid for by the drug companies themselves.

The 2014-15 flu vaccine is only 23 percent effective. Western medicine’s solution? Use the anti-flu drug Tamiflu. Except Tamiflu is effectively 0, (that’s zero) percent effective. To quote a study of 24,000 patients, “There was no evidence of a reduction in hospitalizations or serious influenza complications.”

This kind of ineffectiveness is typical of so many Western treatments. Yet many of us suspend our critical thinking, trust in the claims of bad science and misleading marketing, and lose sight of the fact that years of paying for useless drugs have left a trail of drug-dependent, damaged bodies.

Allopathic medicine treats symptoms, looks at disease as an isolated, localized event. Holistic medicine sees that pain, cancer, diabetes, heart disease and the rest are part of a larger picture and demand an approach that includes the whole self.

If my sick friend would step back and take a critical look at his conventional solution to his health problems, he would see its failings. It hardly “works right away,” or “does the job.” He’s been taking doctor’s drugs for 20 years and he’s still sick. It is anything but easy, requiring him to work hard just to stay upright. Critical thinking would lead anyone to realize the Western model of techno-pharmaceutical medicine for treating chronic illnesses is anything but science-based, anything but wholly effective.