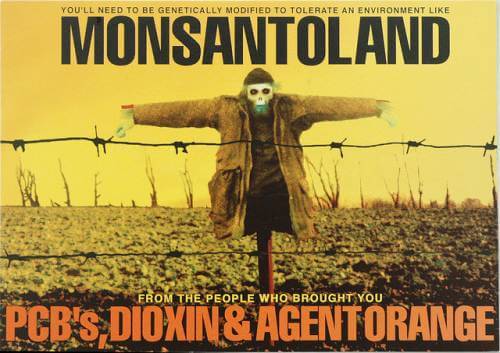 Time for another compilation of the news.

Vitamin C Kills Drug-resistant TB Bacteria — 21 May: In a striking, unexpected discovery, researchers at Albert Einstein College of Medicine determined that Vitamin C kills drug-resistant tuberculosis bacteria. The venerable workhorse supplement first championed widely by two-time Nobel Laureate Linus Pauling in his 1970 book Vitamin C and the Common Cold, could be the magic bullet where hi-tech antibiotics fail. To their credit, some conventional docs are realizing natural solutions may trump our bold science.

Millions Against Monsanto — 25 May: The “March Against Monsanto” wasn’t exactly a flash mob but grew like a slow-burning one. Tami Canal launched a Facebook page on February 28. Less than three months later, an estimated 2 million activists in 436 cities, in 52 countries around the world, voiced their choice for real food versus the science experiment that genetically modified organisms (GMOs) in our food chain represent. If there is a food trend for 2013, it’s the growing awareness that with GMOs, profit-motivated, corporate pseudo-science has foisted a potentially devastating trick on humankind around the world. By gaining the ear of politicians back in the Bush I Era, Big Ag, led by Monsanto, was able to steamroll a moneymaking idea past the American public and roll it out around the world. Problem is, eventually the smoke and mirrors cleared and the public figured out the charade. GMOs are bad, not good. To apply the criterion from Roth v. United States, which once determined obscenity, GMOs have “no socially redeeming value.” The fact that last month millions of people around the world bucked Big Ag with signs like “Hell no! GMOs have got to go!” has brought a tipping point to the fray.

Monsanto Backing Down in Europe — 3 June: Monsanto to halt lobbying for its GMO crop varieties in Europe, the agriculture and biotechnology giant has confirmed. Monsanto does not plan any new applications for approval of GMO seeds in the European Union, a spokesperson said. This is because of low demand from farmers and “stiff opposition” from the general public, according to German spokeswoman Ursula Luettmer-Ouazane. “As long as there’s not enough demand from farmers for these products and the public at large doesn’t accept the technology, it makes no sense to fight against windmills,” she confirmed. Don’t expect quick surrender from Monsanto, Dow, Syngenta et al. in the U.S., however. Michael Taylor, a former Monsanto lawyer and Monsanto Vice President for Public Policy, is now the FDA’s Deputy Commissioner for Foods and continues to fight for his old boss. Still, the GMO door is closing.

GMO Pollution in Oregon Wheat — 5 June: The cat’s out of the bag and the public is getting ticked. Rogue GMO wheat has been discovered on an Oregon farm. Monsanto planted a few acres of GMO wheat in 16 states as test plots back in 2003 without telling neighboring farmers about it. The Frankenfood was never approved for commercial growing anywhere and all tests were suspended eight years ago. But an Oregon farmer was spraying some “volunteer” wheat plants in his field where there wasn’t supposed to be any. The wheat wouldn’t die. He suspected it was GMO and the State of Oregon confirmed it. It’s real-world proof that Monsanto’s ticking time bomb is out of control and has already impacted unsuspecting farmers. The economic implications have already emerged. Japan and other countries immediately banned wheat imports from the United States. There are many countries around the world who haven’t fallen for bogus GMO technology and refuse to sanction GMO foods. Rogue wheat may turn out to be good news because it has already spawned a farmer backlash against Monsanto. A Kansas farmer filed suit claiming the export boycott is costing all wheat farmers money and it’s Monsanto’s fault. Monsanto is quick to sue farmers when they think their GMO seed patents have been violated. Hey, the courtroom door swings both ways.

Fast Food Ice Dirtier than Toilet Water — 1 June: British media reported tests of ice for soft drinks in popular fast food restaurants had more bacterial contamination than water from the restaurants’ toilets. The tested included Burger King, McDonalds, Starbucks and KFC which all had ice dirtier than the water in their toilets. Ice that beats a royal flush. How nice.

Chinese Company to Buy U.S. Pork Producer Smithfield Foods — 30 May: Chinese meat processor Shuanghui International Holdings Ltd. is buying Smithfield Foods Inc. for approximately $4.72 billion. Smithfield is the world’s largest pork producer. It’s another American company going over to Chinese control. The impact will be noticeable. China lags far behind even the United States in food safety, as we all know. Pork consumption in China is growing in leaps and bounds. Livestock operations already contribute more to global warming than any other industrial sector, even transportation. The intelligent solution is to get your pork directly from a local farmer. It’s pretty easy to find them these days.

Links to all the above stories at HeartlandHealing.com/news

Heartland Healing is a New Age polemic describing alternatives to conventional methods of healing the body, mind and planet. It is provided as information and entertainment, certainly not medical advice. It is not an endorsement of any particular therapy, either by the writer or The Reader. Visit HeartlandHealing.com for more information.