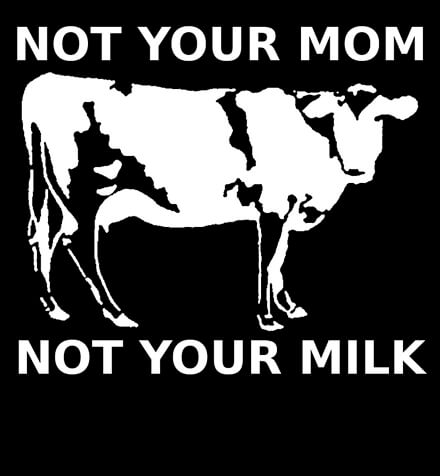 Junk mail. We all get it. Sure, in a lot of cases it’s called “spam” these days. But the snail-mail hardcopy still finds its way to the front door. Like most people, I just give it a cursory glance and relegate it to the recycle bag. Usually, it’s not much more than an annoyance. It’s about stuff I wouldn’t have or don’t have any use for at all. So it’s really not much of a problem, just wasteful.

But occasionally, something really gets my goat. (Hey, would that I had a goat. I could feed the mail to him!) Sometimes that junk mail is downright dangerous. Take for example the junk mail from companies like TruGreen wanting me to poison my lawn and the neighbors by paying to have their company come dose the ‘hood with toxins. And why does Hillary keep sending me mail? Thank goodness Trump doesn’t have my address yet.

But the worst example of dangerous junk mail arrived in the box the other day. It comes from the folks at Nebraska Medicine. I guess that’s the multibillion-dollar layout in Midtown that includes god-knows how many square miles of institutionalized medical services. Now, make no mistake, in the event of acute trauma or physical crisis, there is no better place to be than an American emergency room. It’s a place where miracles are made every day. But the rest of American medicine? Whew. And that’s what gets touted in this eight-page ad book that came the other day.

Just before casting it aside, this glossy glimmer caught my eye: Got Milk? The Dairy Debate. “Hey, debate?” I thought to myself. “Mainstream medicine getting hip?” Boy, was I mistaken. I read on. The “debate” lasted exactly one paragraph of meaningless hype. It disappeared faster than a Federal subsidy check on the desk of the nearest corporate dairy. As soon as the piece started quoting a Nebraska Medicine practitioner identified as a “medical nutrition therapist,” the story went south.

She started with the statement that “milk is an excellent source of … calcium, vitamin D, potassium and phosphorus.” That bit of ignorance is in and of itself a disqualifier for any further legitimacy.

And further, the calcium in milk is not easy for your body to use. It’s not going to help your bones as much as the calcium from spinach or kale, for example. In other words, its bioavailability is questionable.

The stuff you can buy on the supermarket shelf is a far cry from what is really milk. In a nutshell, it goes like this: Milk comes out of Farmer John’s cows. That could be a herd of 20 in a small milking barn but more likely a herd of five thousand cows who have never seen the sun, penned in a huge metal building. It’s put in tanker trucks and shipped to a giant processing plant. One tanker truck could contain milk from hundreds of different cows from different farms. Once at the plant, it’s filtered to get out pus and some bacteria, heated in the pasteurization process, believed to make it safe but also changing its makeup and destroying enzymes and other nutrients. It’s homogenized by a mechanical process that breaks up the long chain fatty acids into uniform short molecules so that they remain suspended in the final product without cream rising to the top. Forget about the fact that those long chain fatty acids are supposed to remain as long chain fatty acids for proper digestion.

The milk is dismantled into its various components of milk fat, milk serum and liquid. Some of the fat goes into making butter and cream products. The rest is recombined in varying amounts to make skim, low-fat or whole milk. That’s how we get 0%, 1%, 2% and 4% milks at the store. Or did you think there were cows that pumped out a certain type of milk? Then, Vitamins D and A are added to the liquid. It’s recombined into the appropriate marketing formula and packaged as “milk.” It’s about as far from the milk found in nature as Twinkies are from spinach. The corporate storyline is just a bunch of empty prose, kids.

The Vitamin D Myth. So, that added vitamin D is what allows a college-trained nutritionist to call milk a source of vitamin D. Yes, milk in the store will give you Vitamin D — just like a plastic bottle on a shelf will give you a vitamin D supplement. But it gets even worse. The vitamin D added to milk, according to the USDA database, is vitamin D2. That’s not even the kind of vitamin D our bodies need! We need vitamin D3. Look it up.

Break No Bones About It. Let’s end with this tidbit. In a 12-year Harvard study of 78,000 women, those who drank milk three times a day actually broke more bones than women who rarely drank milk. Similarly, a 1994 study of elderly men and women in Sydney, Australia, showed that higher dairy product consumption was associated with increased fracture risk. Those with the highest dairy product consumption had approximately double the risk of hip fracture compared to those with the lowest consumption.

Yes, there is a debate about dairy. But it’s not going to be found in the prejudiced, ignorant propaganda put out in junk mail by mainstream medicine.

Now, if you want to talk about raw milk from a reputable, small, clean dairy farm, that’s a whole other story.