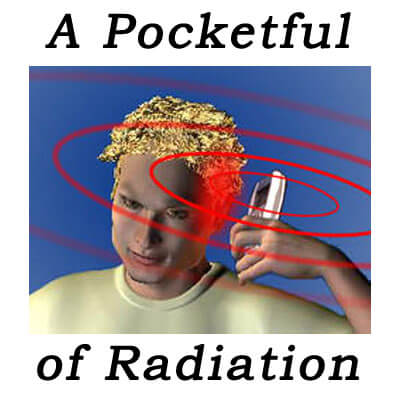 You can run from it. It will find you. You can descend into the deepest cavern of our planet or zoom out into the farthest galaxy but you can’t hide. It is everywhere. It is the essential substrate of existence and it is all that is. It is energy. We live in a sea of energy that is very real and is completely and wholly pervasive. There is nowhere in the entire universe of creation where energy is not.

Fortunately for us, along with the other living beings on this planet, we have adapted well over millions of years to the presence of energy in the natural universe. Certainly there are variances of the energy spectrum that can put us in real jeopardy: Too much infrared and we crisp right up. Too much of certain nuclear rays and we morph. Kinetic energy can be a problem, too. But if we stay in that survivable range, even the radio waves generated by stars and the cosmic rays coursing through the universe leave us relatively unscathed. We have evolved to withstand what occurs naturally as long as we avoid the radical areas of the electromagnetic spectra. Evolution has taught us how to surf the sea of energy that is in Nature.

Though one could argue that humans first began manipulating energy with the use of fire a million or so years ago, we really upped the ante only in the past couple hundred years. That’s but a blip on the timeline of evolution. And in the past 50 years, we’ve managed to swamp the planet with electromagnetic radiation, mostly in the form of radio, light and microwaves, to a magnitude never before seen by the planet or its inhabitants.

This ELF is real. To give an idea as to the range of random energy baths we’re dousing our planet with, one of the most insidious is the use of extremely low frequency radio waves to communicate with our nuclear submarines. ELF is a system developed by the Navy to solve a military problem. To wit: How can we tell our submarines to surface and launch missiles to annihilate the Commies if radio waves can’t penetrate the ocean? Around 1958, the Navy solved it. Extremely low frequencies pass through the rock, soil, water of the Earth just like that thumping bass passes through the trunk of the 1978 Caprice four lanes over and three cars back at the stoplight. Low frequency can penetrate walls from the apartment two floors up, right? You may not hear the vocals or guitar but you sure hear the bass.

So to communicate with subs, the Navy built a few radio stations around the world. The next problem encountered was that low frequencies are very long and to produce a very long radio wave you need a very long antenna. Ready for this? One ELF station in Michigan has an antenna that is 14 miles by 14 miles by 28 miles. Yes, that’s miles. The original antenna plan was 6200 miles of cable buried in bedrock.

Pounding out extremely low frequency in coded blips, the Navy sends thumps through the planet to communicate from Michigan to a sub on the other side of the globe. Are we stupid enough to think that those pounding pulses, sent day in and day out, have no effect on the wellbeing of planet Earth? Yes, we’re that stupid.

Bouncing balls. The Navy’s use of ELF is on the magnum scale. But with the proliferation of cell phones, microwaves, Bluetooth and Wi-Fi, we’re bathing our planet and our bodies in an unstudied experiment with energy. We know that energy affects us. We just don’t know for sure how. Want to make it personal? That cell phone in your pants pocket, butt or front, is throbbing your most delicate parts with tangible, measurable radio wave radiation. And there is enough evidence of harm to prompt many civil agencies and governments to show concern. Check it out yourself. Every cell phone manufacturer warns the user not to touch the antenna or let the phone touch our skin or head while in use. Some of the most popular phones put out enough radiation to warrant serious attention.

Cell phones were never tested for safety before approval for sale to the general public back in the 1980s. Enough research has shown that cell phones have cancer-causing potential to prompt the Federal Communications Commission to issue guidelines.1 These guidelines created a measure of the rate that body tissue absorbs radiation energy during cell phone use called the specific absorption rate (SAR). The SAR for cell phone radiation was set at a maximum of 1.6 watts of energy absorbed per kilogram of body weight. This limit does not take into consideration that lower amounts of energy have been definitively shown to be “possible carcinogen” according to the International Agency for Research on Cancer. In fact, the latest research shows that significant changes do indeed occur to brain cells when exposed to cell phone radiation. Also, the FCC standards were set in 1996. Cell phone antennas have become more powerful and use different wavelengths now. No FCC guidelines have been established on the newer ones.

Earth’s species and the planet itself have had millions of years to adapt to naturally modulated energies. Our survival depended on it. But we’ve subjected ourselves and the planet to new amounts of energy. We cannot have adapted to these new, intrusive and pervasive energies in so short a time. The amount of dirty electricity and untested energy waves we’re dumping into our bodies and onto the planet goes unchallenged. From compact fluorescent lights to radiation generating cell phones, we’ve entered uncharted territory in our sea of energy. Expect storms ahead.

Next week: The Solution