Home » Specials » Sick Because You Want to Be 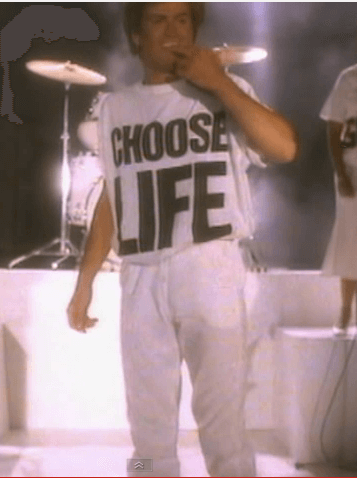 It sounds cold and harsh, but in all likelihood you’ll die of a disease caused by your own doing. In 1900, most people died of a disease caught from someone else or another source, with respiratory infections, tuberculosis and intestinal infections the leading tickets to the Great Beyond. Heart disease and cancer were way down the list. By 1940, that had all changed and by 1990, the top three killer diseases in the United States were all mostly preventable. For the first time in human history, we don’t die primarily from communicable diseases but from diseases caused by lifestyle choice.

The major diseases that are killing us now start with heart disease and cancer then include Alzheimer’s, complications from diabetes, chronic liver disease, chronic obstructive pulmonary disease, metabolic syndrome, chronic renal failure, osteoporosis, stroke, depression and obesity. Each one of these can often be either eliminated or extensively lessened by lifestyle changes.

Eating death. The American diet has changed radically in the past 60 years. Americans are leaders in per capita meat consumption. We ate 450 percent more meat in 2007 than we did in 1909. We eat more junk food than any other country. And our diet is the primary lifestyle change that can affect our health. By eliminating processed foods, balancing the types of foods we eat by emphasizing a plant-based diet and avoiding bureaucratic guidance, we stand a much better chance of living in health rather than surviving with disease. It’s a familiar refrain, but the link between diet and death is well established. If you want to step outside the norm and avoid causing your own illness, take simple steps.

Lose the processed foods. A first step to break the chain would be to swear off processed foods — all of them. The entire commercial food environment has gotten far too centralized, far too impersonal and far too polluted with questionable additives and ingredients. If you can’t process your favorite food in your own kitchen or access from a trusted source, do without until then. It goes without saying, nearly every time you eat out, anywhere, you’re taking a leap of faith.

Dump the meat-centric diet. History has shown that a vegetarian diet is in general the most healthful. It’s also obvious that 90 percent of Americans won’t take that step. At least learn to take meat — of any kind — off the top billing for meals. Practice little things like “Meatless Mondays” or such, where you consciously avoid meat. Making plant-based meals a norm will get your diet back in balance. Unfortunately, things like pasta fall into the “processed” category so you’ll have to learn better ways to eat that home-canned spicy tomato sauce you learned to make. Try it over rice.

Think for yourself. Look, doctors, government agencies, institutionally trained dietitians even, tout a company line and nutritional advice that keeps changing to suit whoever is writing the textbooks or funding the research. We could list a hundred “guidelines” published over the past 75 years that have been misguidance, incorrect, contradictory or downright dangerous. They change every six months! Reach a point where common sense and intuition joined with your own experience guides your food choices. Convenience, price, even hyped up “flavor” should not inform your dietary choices. Learn to read your body. Any restaurant can make a good tasting meal. But how do you feel eight hours later? Or the next day? How did you sleep that night? Same goes with home-cooked meals. If the food you eat is making you sick, change what you’re eating!

Other lifestyle changes, too. Obviously, diet isn’t the only choice that impacts health. Prescription drugs, alcohol, inactivity, smoking and more are some negative aspects one has to examine for cause. On the proactive side of things, stress is a huge killer so learning a real meditation technique is crucial, maybe even the single most important change one can make for health. It seems all other good choices come more easily after we tune up our decision-making engine known as the mind. There is no better way to tune it than with true meditation. Plus, it is a good idea to keep the intellectual part of the mind active along with the body. Exercising the intellect is proven to keep mental decline at bay just as exercising the body enhances metabolism and the immune system.

I’m not the expert here. You are. I’m just reporting observations. It’s understandable that we’ve fallen prey to the misguidance of corporate entities and governmental chicanery but it’s completely within our power to make changes that save money in the long run, save our health and improve our quality of life.

It’s human nature to attempt to reverse the law of cause and effect. We always want to blame something outside ourselves as the reason for our predicament. In actuality, we have utter control over our choices and making lifestyle choices that make sense end up being easy and making our lives easier, too.

Heartland Healing is a metaphysically based polemic describing alternatives to conventional methods of healing the body, mind and planet. It is provided as information and entertainment, certainly not medical advice. It is not an endorsement of any particular therapy, either by the writer or The Reader. Visit HeartlandHealing.com for more information.