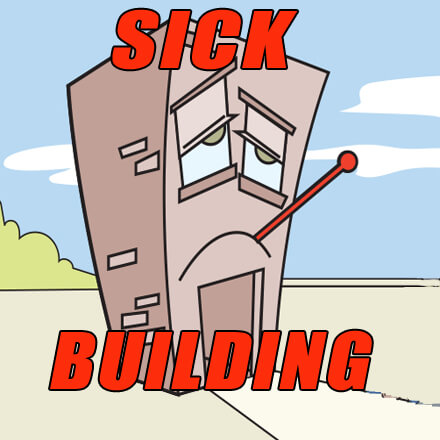 Several years ago, when the local powers decided to avail themselves of the phenomenon of “trickle-up economics,” — you know, where political and corporate fat cats reap the rewards of public tax dollars, — the vaunted Orpheum Theatre was placed on the sacrificial altar. Though it had served as an acclaimed proscenium for 75 years, paid so-called experts proclaimed that the acoustics of the theatre were inadequate. This was in direct conflict with the very words Stephen Stills uttered to me sometime earlier after a rehearsal for a Crosby, Stills & Nash concert in the room.

“Damn,” he said. “This room sounds incredible.” Stephen has been around the block and knows a thing or two about sonics. I knew he was right, since I know a little bit about sound myself.

The threat to raze the Orpheum was sidetracked by trickling up funds to build a new, “state-of-the-art” venue and the Orpheum persists to this day, rambling toward its centenary.

The Orpheum remains one of the most comfortable venues in the city. It bears features and materials that were created, harvested and hewn nearly one hundred years ago. It’s likely that oak used in the building came from trees that were alive when Lincoln was President. That means the boards and slats never were exposed to toxic air pollution. They weren’t treated with arsenic, formaldehyde, toluene and other volatile organic compounds that ooze and seep out of the materials used to build modern edifices. Lumber from that era was often preserved after installation with unctions no more harmful to humans than linseed oil. DuPont was still just a French gunpowder company and laminated wood wasn’t used. That’s not the case in the newer replacements we build.

Air-locked. New buildings are like sealed drums. You don’t see any open windows, skylights or fans in new buildings. They reflect the overall notion humans have adopted that we, in our infinite wisdom, know how to isolate ourselves from nature to improve the quality of life. Buildings are sealed and internal environments are controlled. Air is routed through a human-designed system and materials are “improved” by soaking them in chemicals and covering them with modern paints and finishes. What we end up with is a balloon of a building saturated with harmful chemicals with no hope of exchanging those vapors for fresh air. Seriously, when was the last time you saw an open window in a hotel, hospital, office building or theatre? That’s crazy.

Typical of humanity’s hubris, we think we have a better way than nature and we began constructing homes and commercial buildings without windows that open to the outside. Most of the time now, when stopping at a hotel or motel, we find ourselves in a room with sealed windows and no way to breathe fresh air. The same is true of hospitals.

While some would choose to argue that conventional medical science has made improvements since the early 1900s, and indeed, there may be a couple areas where that is so, apparently hospital design is not one of them. Most hospitals now have sealed air circulation systems and low-ceilinged rooms. A recent study links the confined atmosphere to higher risk of tuberculosis and other hospital-borne illnesses.

Infectious disease researcher Dr. Rod Escombe of Imperial College London used guinea pigs and computer modeling to come to some interesting conclusions. Hospital rooms that were designed before 1950, those with high ceilings, ample exposure to sunlight and with large windows that would allow natural air circulation, offered a lower rate of infection when compared to our modern versions. The key seems to be that the air in the naturally ventilated rooms exchanged volume twice as fast as the mechanical system rooms. Another factor may have been the purifying factor of natural ultraviolet light. With rates of hospital-induced infections soaring, getting back to nature sounds like a sensible idea.

Sick buildings, sick humans. Apparently attempting to totally disengage from any connection with nature whatsoever, builders and architects are erecting edifices that isolate us completely from the outdoors. In newer commercial buildings, windows are sealed, triple-paned thermal glass. Air is recycled through temperature-controlled air conditioning or heating units, regardless of the climate outside the building. But we aren’t getting enough fresh air.

In the early to mid-1900s, building ventilation standards required about 15 cubic feet per minute (cfm) of outside air for each occupant. When the fuel crunch, real or contrived, happened in the 1970s however, national energy conservation measures called for a reduction in the amount of outdoor air provided down to 5 cfm per occupant. Though understood as an effort to be energy-efficient, these buildings virtually trap us inside with every possible pollutant that is introduced to the interior environment. The same is true of most new home environments, too. Building designs decreased the fresh air coming in but construction materials increased the number of toxic chemicals we were exposed to. I have literally felt the physical effects of spending just a few hours inside even sprawling arenas, convention centers and theaters. You can feel it in your lungs. You may notice an unexplained headache or dry throat. Your eyes may not feel exactly right.

None of those things happen when I enjoy a show at the Orpheum. How about that? To quote Stills, “Sounds good.”