Home » Specials » Superfans of the future 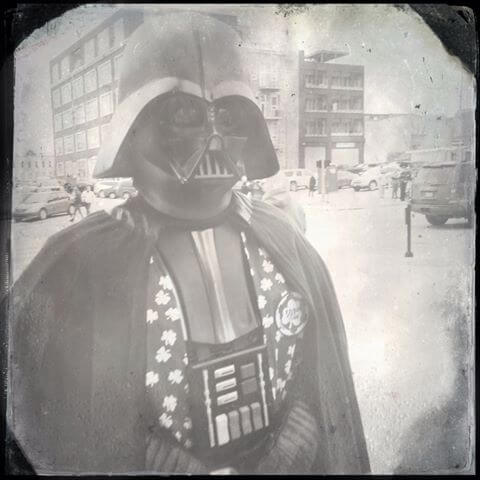 An increasingly large number of Americans will start playacting as characters from their favorite television shows and other mass media in their day-to-day life. It will start simply, with online name generators providing people with names appropriate to characters from science ficiton programming, super-hero comics, rap music, etc. These superfans will then insist on being called these names at all times, even going so far as to get their names legally changed.

Many will also start to dress in costumes appropriate to their character, and a cottage industry will spring up around this. In order to dress in character at work, superfans will develop religions around their shows (often inspired by fictional religions inside the show) and will make it a religious requirement that they be in costume. Employers will be forced to allow these unusual costume choices, fearing lawsuits for religious discrimination.

Many of these superfans will find that businesses will cater to them , such as local bars that sponsor theme nights based on their favorite culture. It will be possible to spend most of your life immersed in a collaboratively created fiction, mirroring and paralleling whatever you are a fan of, as though every moment in life were a scene from a sci-fi movie, or a story in a book, or an illustration from a comic book.