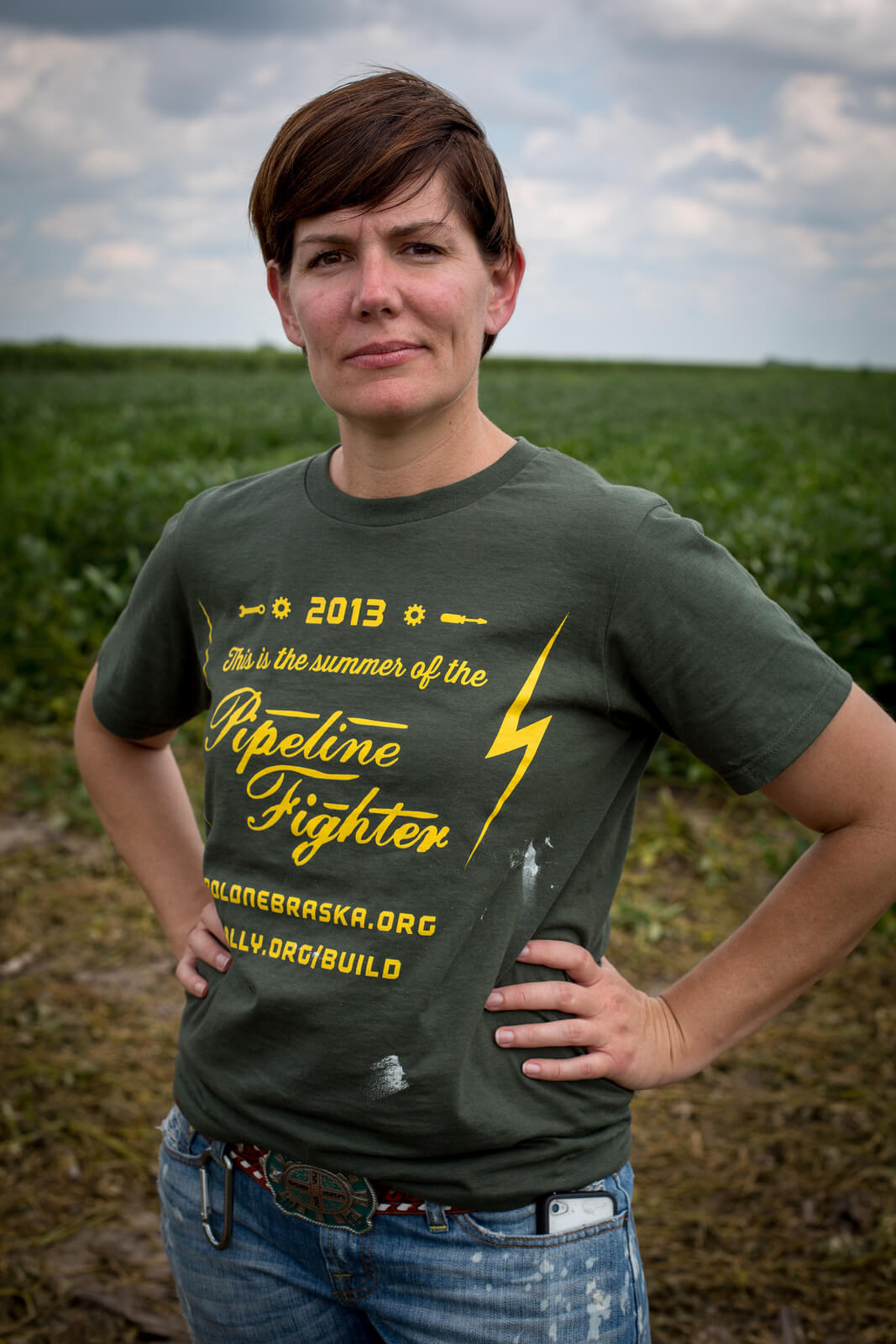 What role do you and your organization play in sustainability?

At Bold, we see ourselves as bringing citizen participation to sustainability; democracy and citizen participation is at the core of everything Bold does, making sure there is a more diverse and independent voice in our politics in our state. So we see our role in connecting the issues of climate change, sustainability, local food to politics and who you’re electing.

What elements of negative human impact concern you most, generally and in your area of expertise?

Before I got involved with the Keystone XL site, I believed in climate change, obviously, but never really thought twice about fossil fuel development. And for me, the thing that is impacting sustainability the most is fossil fuel development, especially extreme energy. And from my perspective, that’s tar sands and fracking.

What good news is out there regarding sustainability?

There is a really growing number of Nebraskans who are taking matters into their own hands and are developing clean energy on their farms, ranches and homes. We have several farmers and ranchers who are fighting Keystone XL who are now putting clean energy into their farm and ranch. And we have individuals who decided to fight Keystone XL as a citizen who have put solar panels on their rooftop. It’s definitely not there yet with politicians in Nebraska but citizens clearly understand that climate change is an issue that we as a generation have to tackle. I think will be something citizens start to ask at town halls and coffees that politicians hold at the local and state level, and I think even that first step is absolutely already happening and we’re seeing with Keystone, is a major leap forward where we were before when we never even talked about it and the words “climate change” weren’t even on the radar screen.

What needs to be done first and by whom locally?

First, individuals have to start making changes in our own lives, and some of that is happening at strong levels. People are buying more local food, which is critical, supporting local farmers and ranchers, going to local farmers markets and really being aware of our food choices. Not only healthier for our families, but definitely better for our climate. Second, not allowing Big Oil to get away with buying our politicians. That means when politicians are up for reelection, and us, as citizens know they essentially sided with Big Oil over our families, we should not give them our vote again. That is where our power lies, in the voting booth. Bold tries to make it easy; we know that people don’t always have time to look up the candidates. We have a voting guide that tells you where politicians stand on energy and local food issues. We see that as two areas that we can benefit our state on.

What are the most important actions individuals here can take to make a difference?

Both the voting and the local food choices are great. I will add, though, that I think Omaha Reader folks will appreciate this: there’s also a local beer movement happening very strongly in our state where you have individuals starting small craft beer companies or whiskey, and they are all using water from the Ogallala aquifer which is critical that we protect. So it’s not only going to farmer’s markets, but when you’re going to your local grocery store, make sure you’re buying local beer and local whiskey as well.

What do you wish more people here knew regarding sustainability?

That we as citizens have way more power than these big corporations, Big Oil, Big Ag, want us to believe. That if we really do come together with not only our food choices but our voting choices, that’s when we’ll start to see big change. That’s one of our biggest obstacles, us believing in our own power.

What resources can help people here learn and understand more about the issue?

Bold Nebraska is creating a new system—we’re not ready to launch it yet, but we will in a couple of months— called Made in the Neb, and that will highlight all local food, local beer, as well as individuals who are putting clean energy on their farm, home or ranch. We’re essentially trying to map out where people as individuals can buy local food, beer, wine, whiskey, and also so they can see what their neighbors are doing with clean energy. Sometimes that seems like such a huge tasks that individuals can’t take on, so we’re hoping that as folks see their neighbors doing this, more and more Nebraskans will take that leap. It’s not going to be just another look-up-the-local-farmers market website. The people we put on that map will have to agree to three principles. One of them is about getting 30 percent clean energy into Nebraska’s energy sector by 2025. We want to push that you’re not buying local food, you’re buying from folks who really do want to see a sustainable Nebraska.

Right now there is a group called Lone Tree Foods that really does connect local farmers with local buyers, and that’s based in Nebraska. So that’s the site where if you want to find out where to buy from, go to lonetreefoods.com.