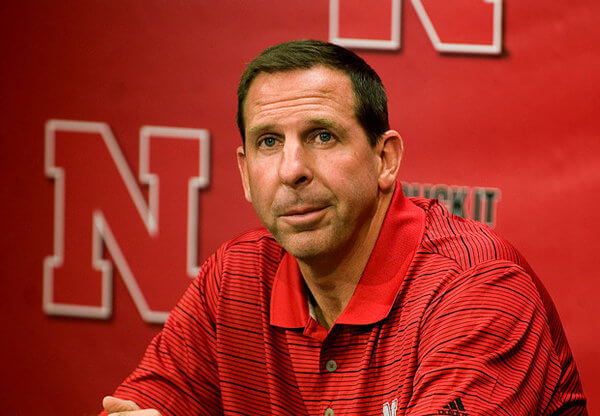 Consider it a life-lesson for the Nebraska football team.

“Sometimes in life you have to get hit in the mouth to pick up your resolve and get back to the realization that it’s ‘not just going to happen to me, for whatever reason,’ ” coach Bo Pelini said during his weekly news conference on the Monday before the Northwestern game.

“You’ve got to earn it. You get what you earn in this world.”

Two weeks before, the Huskers were hit in the mouth, and not just figuratively speaking, at Columbus, Ohio, in the form of a 63-38 loss to Ohio State.

The 63 points were the fourth-most ever allowed by Nebraska, and painfully reminiscent of the four years prior to Pelini’s arrival, when the three higher point totals were posted.

But enough of bad memories. The question now is whether the Ohio State punch in the mouth represents a life-lesson learned or – and this is the concern – a knockout blow.

If the former, the Huskers will regroup and play well on the road against a 6-1 Northwestern team, much the same as the one that upset Nebraska in Lincoln a year ago.

If the latter, well . . . no need to go there just yet. Suffice it to say, however, the Huskers probably can’t afford to get hit in the mouth again on Saturday at Evanston, Ill.

Pelini said as much following the Ohio State loss. “I just told our football team we need to win out because that’s the only way we can guarantee ourselves getting to Indianapolis.”

The key word in Pelini’s challenge to his team is “guarantee.” There are other ways Nebraska could advance to the Big Ten championship game at Lucas Oil Stadium in Indianapolis on Dec. 1. But those other ways would be out of the Huskers’ control. “We have to take control of it because no one else is going to give it to us,” said senior tight end Ben Cotton.

Five of the remaining six games, including the next three, are against Legends Division teams.

The win-out challenge seemed out of character for Pelini, whose emphasis on process precludes looking beyond the day’s practice, much less the remaining regular-season games.

“Trust me, my message to our football team two weeks ago and what it is today is no different,” Pelini said. “I was just making the comment that if we win out, it takes care of itself, period. That doesn’t change my day-to-day message for our football team. I have never talked about what’s ahead or a championship here or let’s go here, let’s do this. For me, it’s a consistent message. It’s about today.

“That has never changed. Our team fully understands that.”

Just to be sure, some Husker seniors called a players-only meeting last week, further evidence of what could become a season on the brink.

“We need the coaches just like they need us,” said sophomore wide receiver Kenny Bell. “But there comes a point that the men of the team need to come together and say, ‘This is the thing . . . we need to be done,’ because when you hear a coach say it every day for 10, 11, 12 months, it just starts to become noise sometimes, so it’s hard to focus on what they’re trying to say.”

What Pelini said was the Huskers needed to win out in order to control their own destiny.

“We, as a team, know what we’ve got to do,” senior wide receiver Tim Marlowe said. “We didn’t need Bo to say it. We know we’ve got to win out.

“Obviously, there’s other ways to do it, but if we just win the next six games, we’ll be in Indianapolis, and that’s where we ultimately want to be.”

First, however, they’ll be in Evanston, trying to avoid getting hit in the mouth again.

“That’s the greatest challenge you have as a football coach,” said Pelini. “It’s how you get 140 guys every week going in the exact same direction, preparing a certain way, believing everything you say, having total respect for the game and your job and everything that goes into it to prepare yourself for that particular week.”