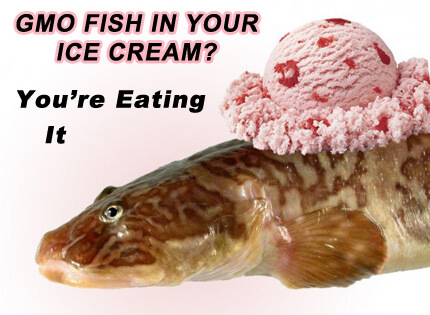 Heartland Healing and The Reader are hardly late-comers to the GMO issue. The Reader published our first cover story on the subject way back in 1996, before most people could spell GMO. By now, most people realize that GMO is the popular acronym for “genetically modified organism.”

Simply put, GMOs are the product of major corporations like Monsanto, Syngenta, Bayer, DuPont and BASF. By arcane science, a piece of genetic material is removed from one species (like fish, bacteria or mice,) and inserted into another species (like a tomato or corn plant or soybean). It’s obviously something that couldn’t be accomplished in Nature or by regular husbandry techniques such as cross-breeding cattle. That is, unless some alchemist wizard farmer out there has perfected the ability to mate a mouse with a tomato. So, as much as the pro-GMO folks would like to convince you, GMOs have not been around since the beginning of agriculture and are not natural. You know that low fat ice cream you’ve been buying? There’s a good chance it contains a gene protein from an arctic fish.

Two primary arguments about GMOs are that they are not proven to be safe for consumption and that GMO foods should be labeled so consumers can choose. Argument number one, the safety issue, certainly is open to debate with more and more evidence that GMOs (and the chemicals they enable) do indeed cause health issues. And argument number two, the labeling concern, should be a no-brainer but Big Food and Big Pharma are spending billions to lobby against labeling. Focus on those two headline issues may be distracting our attention from the big picture. Here listed are a few others.

Environmental. Something barely mentioned in mainstream media is the severe ecological damage caused by the promotion and use of the two big GMO crops, corn and soybeans. Over 97 percent of both are GMO, with corn having stacked two or three inserted genes. Although neither of these two plants can be eaten by humans without drastic chemical alterations after harvest, states like Nebraska and Iowa plant nearly all cropland with GMO soy and corn. The corn is used mostly for the ethanol boondoggle and to feed cattle while the soy also feeds livestock. Both go into junk food. Filling the fields with a single species over and over again creates a lack of diversity that is a set up for a devastating plant disease epidemic. In addition, the topsoil is destroyed. Chemical runoff is increased exponentially. Animals and pollinators are devastated. Water is polluted and a huge dead zone in the Gulf of Mexico grows yearly, due to the runoff of chemical fertilizers and pesticides that flow down the United States’ main watershed. Though GMO backers claim otherwise, the USDA has found more pesticides are used than ever before.

Economic.  The most blatant economic threat from GMO plants is that the seeds are controlled by the Big Food companies named above. Historically, farmers could grow a crop, harvest and sell then save some seeds from the plants for the next season. No longer is that the case. Each year the seeds, patented by Big Food, must be purchased at a premium from companies like DuPont and Monsanto et al. What’s more, the pesticides designed to work on the crops (RoundUp, Dicamba, 2,4-D etc are controlled and sold by the same companies. It’s a closed loop of financial ruin reducing farmers to indentured servants and marginalizing any profits they may realize since prices and costs are manipulated by the cartel. Recent studies have shown that it is actually more profitable to grow conventional (non-GMO) crops but farmers are often coerced in a number of ways to grow GMOs.

Often lost in the debate about labeling and health consequences is the fact that the GMO farming economy is built upon and sustained by federal subsidies. That means your tax dollars are propping up Monsanto and corporate farms whether you approve of the use of GMOs or both.

Moral and ethical questions. There’s a certain amount of hubris that inhabits the development of GMOs. Just because we can do something doesn’t mean we should. It’s clear that the overriding interest in the development of GMOs for agriculture is profit-motivated. There are no nutritional advantages to GMO food. It’s now evident that there are no production advantages, in fact, just the contrary. There are no social advantages. There are no environmental advantages. There is only profit for the mega-corporations that control agriculture from top(soil) to bottom(line). Most countries around the world defy GMO use. Those that have fallen under the sorcery of Syngenta and others, languish in poverty, with control of their own farms and agriculture wrested from them, no longer able to save seed, prosper or even subsist.

Unintended consequences. It’s not nice to fool Mother Nature. That’s what we’ve been told, at least. With GMOs, we’re now learning to pay the piper in the way of super weeds, destruction of bees, butterflies and habitat. Who knows what the future may portend if we persist.

Father of the folly. Remember this guy: Dan Quayle? He was VP under Bush One. Quayle was the guy who couldn’t spell “potato” correctly. He also chaired the committee that announced the Bush administration approval of GMOs back on May 26, 1992. ( https://youtu.be/fCer5NmEw5U ) If that fact isn’t enough to make you buy organic, buy yourself a Coke.