Home » Specials » The most dangerous game 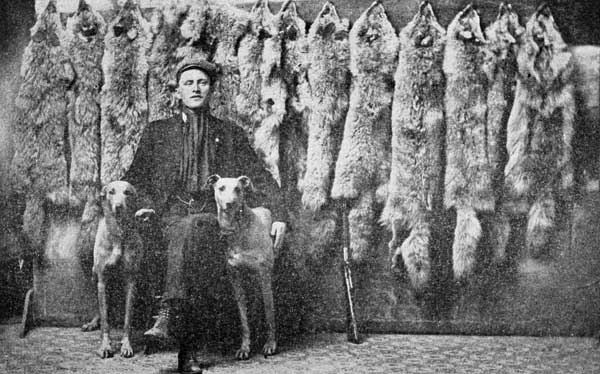 The sport of hunting is about to take a turn toward the weird. The next decades will give humans unprecidented ability to modify their own bodies, both by altering their genes and with custom prosthetics. As a result, there will develop a style of hunting based around modifying the body so that the hunter can chase, capture, and kill his prey just as a wild animal would.

These hunters will be equipped with inhuman speed, metalic talons, and oversized jaws and teeth, and they will often hunt in packs, like wolves. They will insist this is the purest form of hunting, in which they literally battle an animal to the death and then devour it on the spot.

As technology advances, some of these hunters will modify themselves so that they can fly short distances to hunt birds, or stay underwater for long periods of time to catch fish. Some of these modifications will be adapted for military purposes, and our future soldiers will often seem more animal than man.