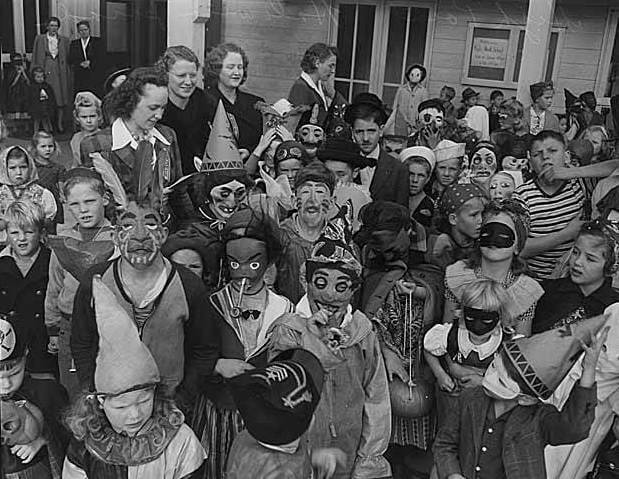 Tomorrow’s Halloween will be a return to the chaotic, anarchic Halloweens of the past. Thanks to a global financial meltdown, America will be filled with orphaned and homeless children living in small groups on the outskirts of cities. They will survive through criminal schemes, and on the night before Halloween — traditionally known as Devil’s Night — they will begin a reign of terror that will last through to the end of the traditional Mexican Day of the Dead.

These feral children will engage in relentless pranking, as well as acts of vandalism and violence. It will be possible to avoid experiencing this by paying the children a bribe — the traditional “trick or treat.” But for those who don’t, it will be open season, and they will suffer arson, destruction of property, physical attacks, and even murder at the hands of hundreds of costumed children.