Home » Specials » We will be Babel 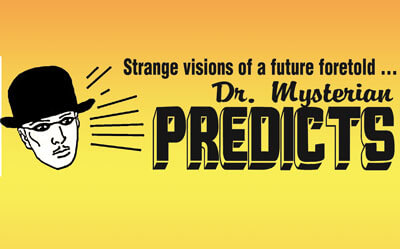 Thanks to increasingly sophisticated translation software, coupled with ease of use thanks to wearable tech that will automatically translate anything heard, English will soon cease to be the dominant language of the United States. Instead, minority languages will flourish. Additionally, groups with shared interests will break off and choose the language best for their group.

Some will speak the language of their culture or ethnicity — German, in particular, will enjoy a massive revival in the United States, as will Scandinavian languages and languages of Africa. Others will choose languages that represent their interests, with some people deliberately reviving dead languages, including Latin and Greek. And some will choose invented languages, or will invent their own, knowing that if they program it into a popular translation program, everyone will nonetheless understand them.

Tomorrow will be like the world was after the fall of the Tower of Babel, with millions of languages, but nonetheless all will be heard and all will be comprehended.