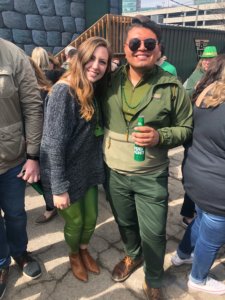 Since debuting The Buzz in The Reader, I often ask myself which bars, nightlife night-outs and happenings I would pencil down for you all. I typically try to tie a theme to either the month or a special event. This month was easy. March is infamous, and/or famous, depending on your experience, for, you guessed it, St. Patrick’s Day. I am biased toward June because it’s my birthday month, but March has always been my second-favorite month. Besides the sound of birds chirping and spring in the air, there’s the laughter and bar-hopping and, above all else, my favorite: green beer! I consider myself Mexican-American, but how does that saying go? Everyone is always a little Irish on St. Patrick’s Day.

I could easily entertain you with the many fun and varied St. Patrick’s Day adventures I have had since 2013 (my well-documented videos of debauchery are saved on my Snapchat). But instead I offer some of the best ways to celebrate this St. Patrick’s Day, even though it falls on a Tuesday this year. Please don’t let that stop you.

1205 Harney St.
The festivities actually start Saturday, kicking off with the St. Patrick’s Day parade in the Old Market, which starts at 10 a.m. Feel free to wander in before or after the parade for an Irish coffee at The Dubliner Pub. This has been one of my favorite places to go on parade day, mainly because of the ambience and the Jameson ginger ales they serve (make that a double). They also have music by Dicey Riley, which starts at noon. Word to the wise: This Irish pub gets packed right after the parade, partly because it’s a hot spot for the Firefighter’s Union, which deserves a round or two of cold ones after marching. 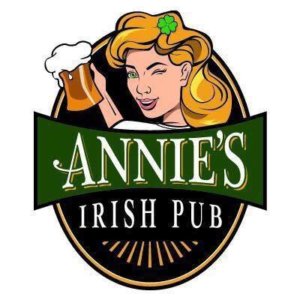 The Capitol District
Annie’s Irish Pub usually hosts a huge post-parade party in the middle of the Capitol District plaza. The Ancient Order of Hibernians, the storied Irish Catholic fraternal organization, will host their party at Annie’s this year, and there will be plenty of food, beverages and entertainment. Entry fees are $10 per adult and include one corn beef slider. All money raised will support Irish Charities of Nebraska.

Where to go on St. Patrick’s Day (Whether it’s on a weekend or not) 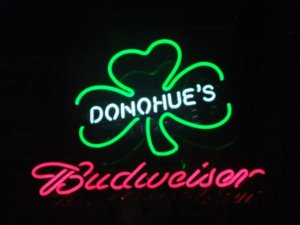 3232 L St.
Donohue’s Pub is by far my favorite St. Patrick’s spot. Opening at 6 a.m., Donohue’s will help you start the day off right with Irish coffees and Budweiser pancakes for breakfast and corned beef and cabbage and Irish stew for lunch, which will be served throughout the day. Donohue’s is a hot spot for St. Patrick’s Day party bus goers and, depending on what time you stop in, it might be hard to even get in the door. Drink specials galore will be poured all day long. They include $5 pints of Guinness, Donohue’s famous Leprechaun Juice, Car Bombs and a new shot called Irish Fog. Besides being located in historic South Omaha, Donohue’s recently took part in the South Omaha Mural Project, which resulted in an expansive mural on the side of the building that depicts Irish immigrants in the Omaha community.

4322 Leavenworth
Barrett’s Barleycorn is my go-to answer for best “party place” on this Irish holiday. Barrett’s closes off their parking lot in order to host and allow people to drink, dance and revel in the St. Patty’s Day festivities. Barret’s goes all out, opening up their many party rooms for people to wander in and out, giving it a true house-party feel. With plenty of drink stations available, Barrett’s is definitely a spot you need to check out, not just this St. Patrick’s Day but every St. Patrick’s Day. 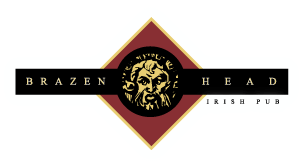 319 N. 78th St.
Crafted after The Brazen Head in Dublin, Omaha has a little piece of Ireland in this centrally located gem known as The Brazen Head Irish Pub. Known for its fish n’ chips, The Brazen Head will have live music, featuring Peter Brennan and Ellis Island throughout the day. The party officially starts at 6 a.m., with an Irish breakfast, and continues into lunch, which will feature corned beef and cabbage and plenty of fish n’ chips. The best is yet to come —  an outdoor beer garden opens at 11 a.m. and runs until 11 p.m. Brazen Head will feature plenty of whiskey and a variety of drink specials throughout the day, along with plenty of Guinness, Harp Lager and Smithwick’s, which will be on draft.

18101 R Plaza
Known as West Omaha’s best party pub, where Guinness is always flowing on tap, Two Fine Irishmen starts the party at 6 a.m. It’s safe to say you should stop by early, and if you feel like drinking that cold one outside in the beer garden, which closes the next day at 2 a.m., you are more than welcome. Two Fine Irishmen will feature live music from Omaha Pipes and Drums, The Shenanigans and Lemon Fresh Day. Corned beef and cabbage will be served throughout the day, along with enough Irish shots, Irish coffee, green beer and Car Bombs to satisfy you until next St. Patrick’s Day. 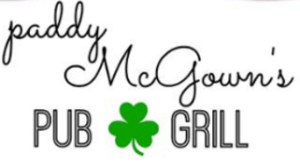 4503 Center
A South Omaha staple known for its economical prices and heavy pours, Paddy McGown’s Pub & Grill knows how to serve up a good time. The pub opens its outdoor beer garden at 7 a.m. and continues the party with plenty of drink specials all day. Food will be in abundance with corned beef and cabbage dinners, Reuben egg rolls and desserts. Plenty of entertainment will also be featured at this St. Patty’s hot spot.

St. Patrick’s Day may not be for everyone, and you might think it’s crazy to celebrate on a Tuesday. But life is too short, my friends, so celebrate this fine Irish holiday with me and revel in some of the best party places our city has to offer.
Remember to have fun, drink responsibly and tip your bartenders. Follow our new Instagram @thebuzz_thereader for live updates and info on drink and bar specials. Message us your favorite bar suggestions, which could be featured in The Buzz.