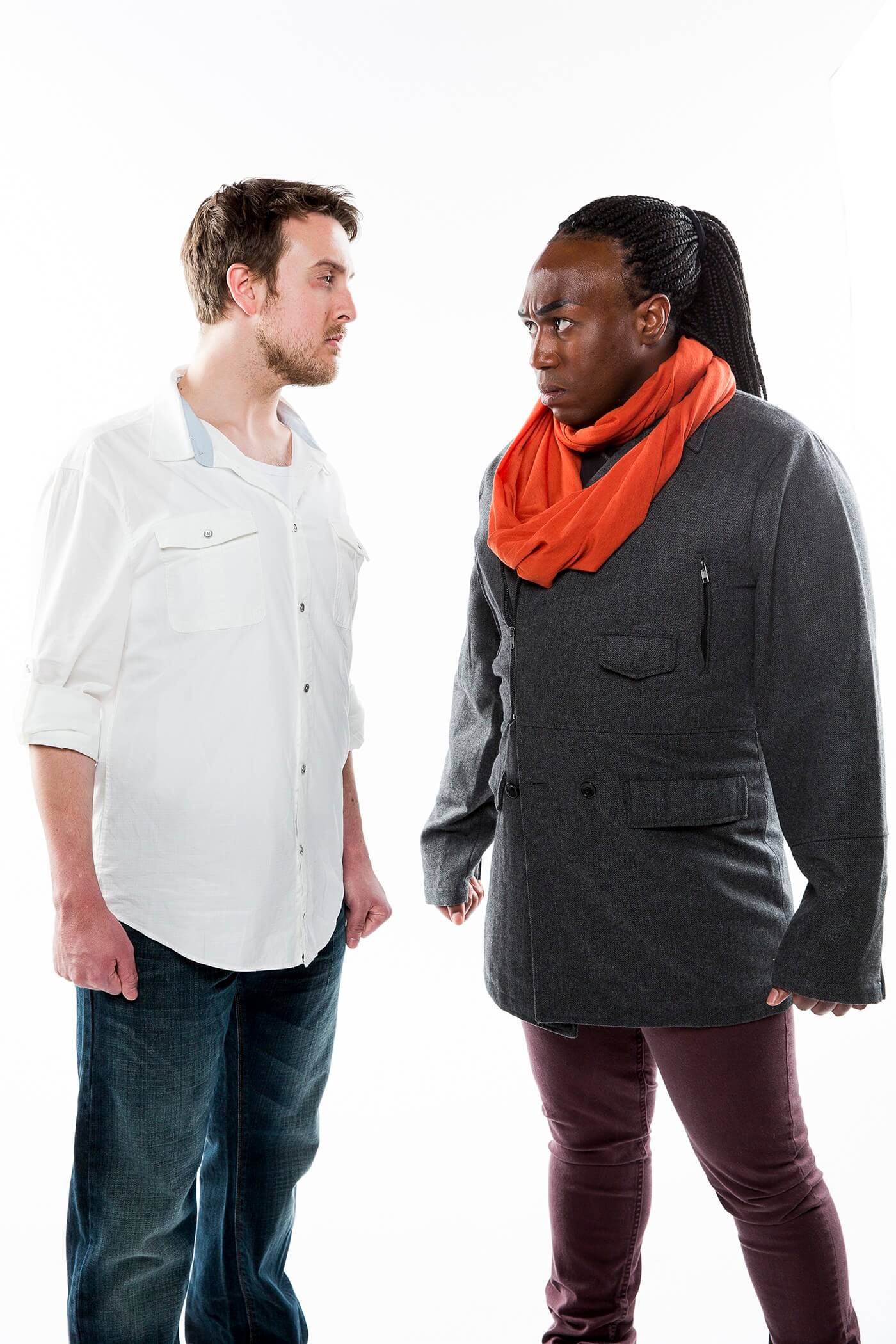 Jesus Christ Superstar is currently running at the Omaha Community Playhouse through April 4th. Celebrating its 40th anniversary, the Andrew Lloyd Webber rock opera attempts to humanize both Jesus and his betrayer, Judas Iscariot, during the last 7 days of Jesus’ life. For director Kimberly Faith Hickman, one reason for the show’s longevity is the high energy music.

“It’s the passion story set to this amazing, epic, rock score,” she said. “The show is entirely sung through, it’s very fast-paced, it’s an incredibly thrilling ride from start to finish. In our version, we approached it in a contemporary way, so it may look a little different than what people are expecting.”

That new look involves placing the show in a modern day city with contemporized costumes and set pieces. Instead of having long hair, a tunic, and some sandals, Jesus wears jeans, a nice shirt, and converse sneakers. Instead of royal attire, Herod and Pontius Pilate wear high class business suits. Hickman said placing the show in such a modern context helps to draw several parallels between the modern and biblical times.

“I think that the disciples and Jesus and what they represent in terms of their ideals, hopes, and beliefs are very similar in what we see today in New York or the Arab Spring,” she said. “There are people that are looking for leadership and answers and a better way of life. When we started really studying the stories in the Bible and the current example it was fascinating and actually really easy to direct the show in that way.”

Hickman said that the show’s key theme is the idea of purpose and the human concern with one’s own legacy.

“The idea that we are put on this earth to do something,” she said. “What is that? Are we fulfilling it? Are we going to be remembered in a positive way when we are gone or are we going to be remembered in a negative way when we’re gone? I think that we are able to explore that in a way that’s very accessible for us. I certainly ask myself, ‘What am I here to do? How can I make the world better? What are we doing to make the world better?’ That was something that really gelled the cast as a unit and made us able to connect to the story a little more easily.”

The Omaha Community Playhouse’s production of Jesus Christ Superstar is currently run now through April 4th on the Hawks Mainstage. For more information on the show, visit www.OmahaPlayhouse.com.