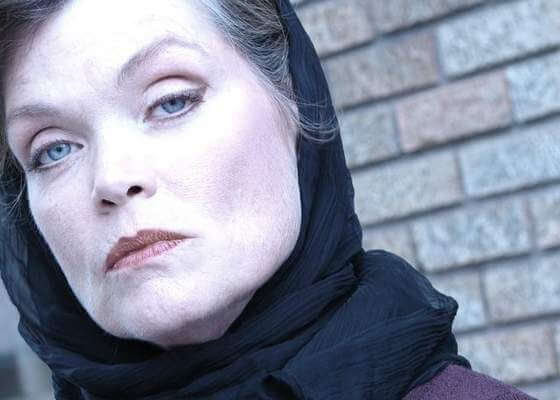 I’m not pleading for a flop, but it could get ho-hum around here if this parade of powerhouse women’s role keeps coming. I’ve seen three plays so far this season and all three featured female triumphs.

It started with Susie Baer Collins as Violet Weston topping the dream team that made August: Osage County a monster hit at the Omaha Community Playhouse. Who could match that role of a lifetime?

Then, just last night, I caught up with Delaney Driscoll as Big Maggie, as strong a title character as you’ll ever see in an Irish play at the Brigit St. Brigit Theatre. More on that hard-hitting widow later.

And the night before it was Leanne Hill Carlson as Elle Woods in Legally Blonde, the new Playhouse musical. I promised myself after settling for “Wow!” in the wake of Violet Weston that I’d pack that exclamation away, but Leanne’s performance as the pink hottie at Harvard completely won me.

I expected Delaney’s brilliance as Maggie, but I’d seen the touring company’s blonde. While it was an enjoyable show, it wasn’t great enough to make me excited about seeing what director Carl Beck would do with a lightweight musical.

But I loved it, thanks to the director’s magic, and to the fact, as Frankie Valli would sing it, “I can’t take my eyes off of you” Elle Woods. Forget Reese Witherspoon. Forget everybody else who has ever played that role. Forget all the strong supporting cast, from the highly likable Steve Krambeck on down the impressive list.

I’ve seen Leanne Hill Carlson in many a musical and liked her without realizing she had the star power to take such a cliché feel-good character and make it soar.

And that doesn’t mean it was as gripping as Delaney Driscoll’s Maggie, a woman abused all her married life and now liberated by the death of her hard-drinking, womanizing husband. At his graveside, she won’t praise him in stone, saying, “There’s enough lies on the tombstones of Ireland without my adding to them.”

What a wonderful welcome back to the stage for this talented woman. And we’ll likely see another significant star turn this week when Creighton University unveils its Fanny Brice in  Funny Girl.

Then the men get their turn with Jerry Longe as artist Mark Rothko in the Blue Barn’s Red and guest artist Qadir Khan as Titus Andronicus at UNO. Yes, they won’t be alone out there, but what riches we’re getting in big roles.