It starts with the light, and builds upon the frame. It has to be just right to capture the shot, that moment in time by the lens of a photographer. Frame by frame it reveals a moment that leads to another. From the opening scene to the last, each frame of this musically adapted story transitions through vignettes depicting the lives of two characters brought together by chance.

Bridges of Madison County premiered at the Omaha Community Playhouse Thursday night. Patterned after the film, a clandestine love affair is the impetus of the plot. When Robert, a stranger who is a National Geographic photographer, serendipitously comes to call to ask directions to the Roseman Bridge, pining, wistful Italian housewife Francesca finds herself going down a wayward path that is capricious, yet full of excitement and impulsive desire. Francesca has been married with two children for eighteen years, and we can surmise she is undoubtedly discontent living an unfulfilled life in idyllic small-town Americana. Based upon the 1995 movie starring Meryl Streep and Clint Eastwood, the stage musical hosts a multitude of timeless love ballads and soul-searching torch songs. Music is by Jason Robert Brown (Parade, The Last Five Years), with book by Marsha Brown.

Artistic director Kimberly Faith Hickman directs, (Shrek the Musical, Singin’ In the Rain, Beauty and the Beast) with sound design by Tim Burkhart, scenic design by Jim Othuse, costume by Megan Kuehler, and music directed by Jim Boggess. A double cast features the talents of Angela Jenson Frey, and Mackenzie Dehmer as Francesca, and Thomas Gjere and James Verderamo as Robert. 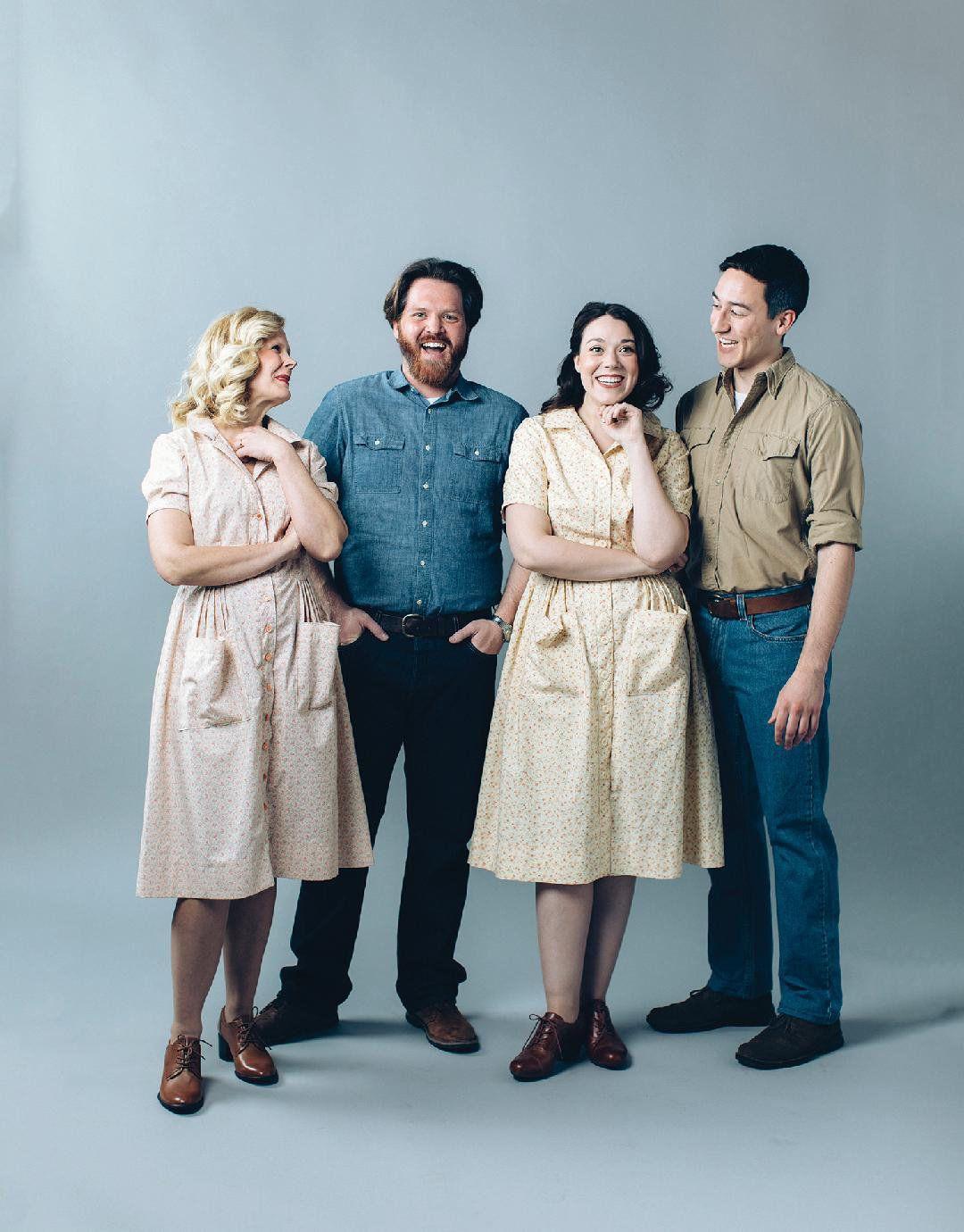 The actors and music in this production really make the show. Angela Jenson Frey (OCP credits Mamma Mia, Next to Normal, and Legally Blonde), and Thomas Gjere (Murder Ballad, Next to Normal, Les Misérables), have palpable chemistry, with a tension that is undeniable. Jenson Frey pulls off a carefully crafted Italian accent, but when she sings, it is hauntingly lyrical and serene. Kelli O’Hara originated the role on Broadway, and Jenson Frey does it every bit justice. The amount of cohesion between Gjere and Jenson Frey is powerful and draws you into the forbidden secrets they share. Gjere entices as the charming nomadic artist who appears unexpectedly to sweep Francesca off her feet, albeit a morally questionable decision.

The music is no doubt one of the highlights featuring songs such as evocative melodies “To Build A Home,” “Almost Real,” “Before and After You,” and duets “Falling Into You,” and “One Second and A Million Miles.” The music definitely evokes feeling, whether it’s bittersweet, dramatic, or thought provoking. 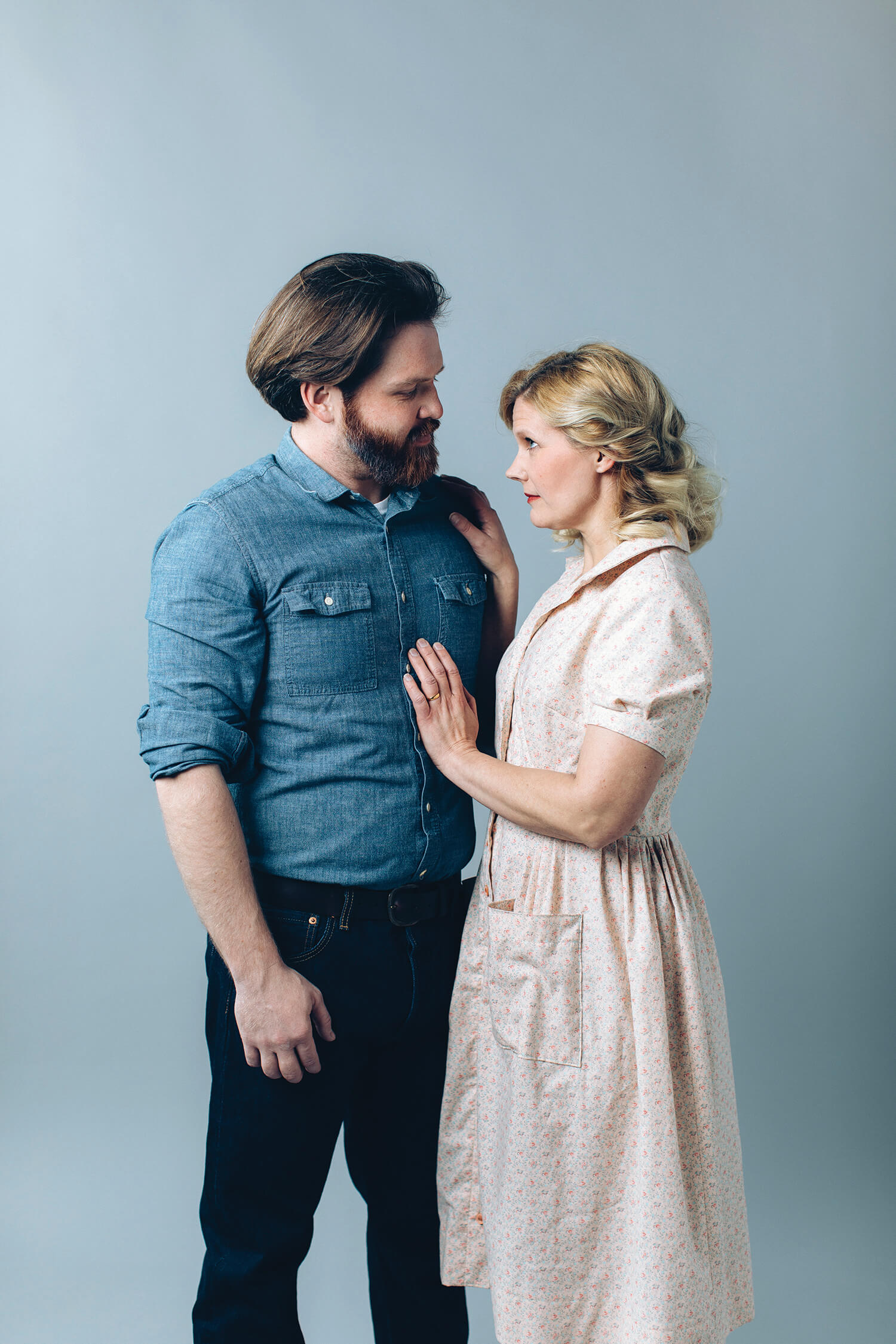 Other notable moments are found in some of the supporting roles. The lovely vibrato of Analisa Peyton sends you soaring in the folk infused “Another Life,” her voice recalling the memories of long ago as the National Geographic photographer’s ex-wife. Perfectly coiffed beehives, retro garb, nosy neighbors, quarreling kids, (which offers a bit of comic relief), and a country song and dance number at the fair liven the more somber aspect of this production.

Sentimental, controversial, and heartbreaking, Bridges of Madison County is evocatively tinged with a melancholy that translates throughout. Despite any criticism of the narrative, if anything, the musical makes you reflect about what happens when two paths are presented and you take one but not the other. It’s hard not to look back and wonder what could have been.

Bridges of Madison County runs through March 24th on the Hawks Mainstage Theatre. For reservations call: 402-553-0800