We sent two of Omaha’s most badass women to UNO’s production of ‘The Revolutionist’ written by a badass women about other badass women. Here are their takeaways from the night! Get your tickets now, just a few performances left! 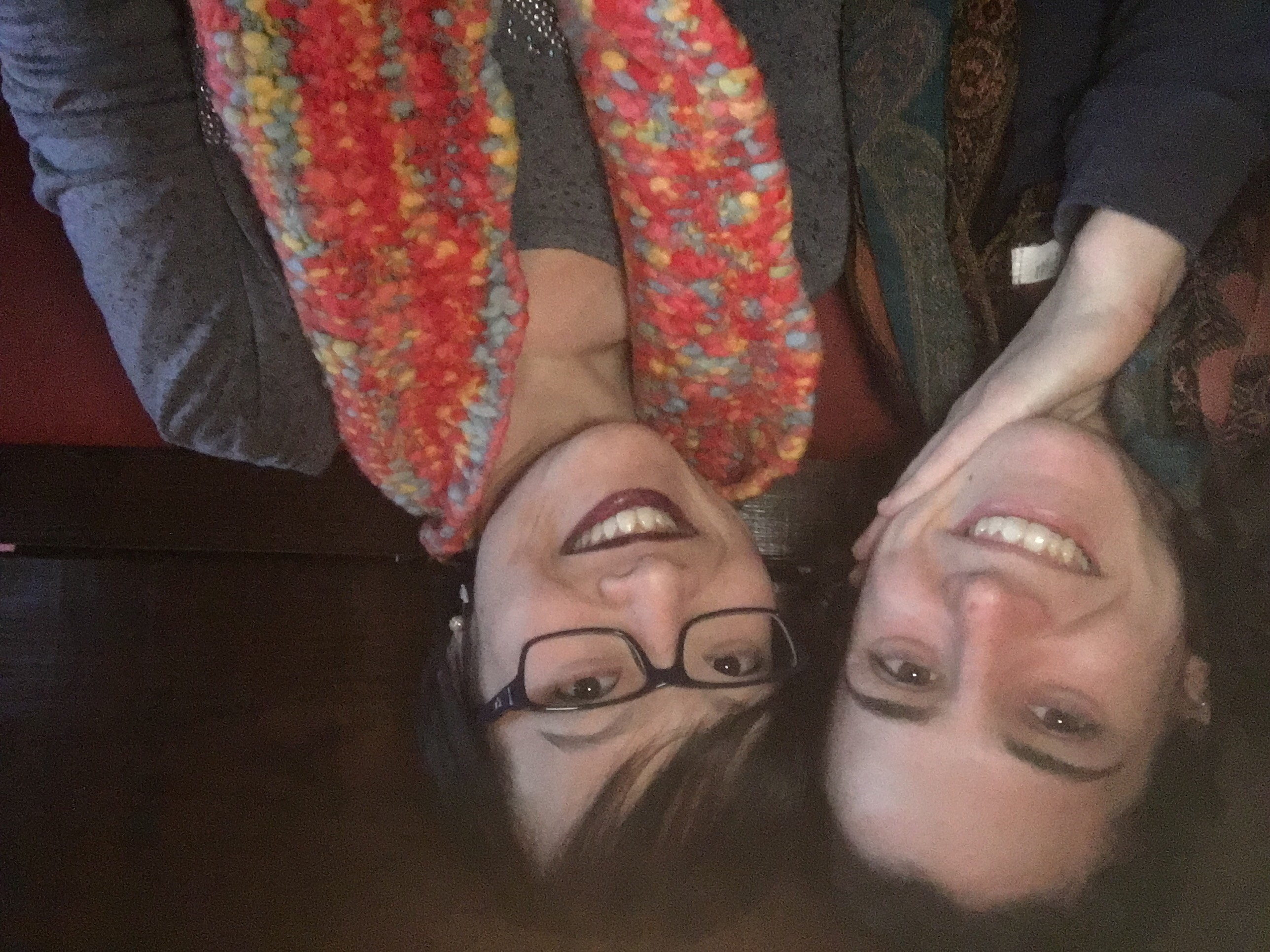 Four beautiful, butt-kicking women lose their heads in this irreverent, girl-powered comedy set during the French Revolution. At the height of the Reign of Terror, playwright Olympe de Gouges, assassin Charlotte Corday, activist Marianne Angelle and former queen Marie Antoinette hang out, plot murder and try to beat back extremist insanity in Paris. A fantasia by one of the country’s most exciting young playwrights considers how we actually go about changing the world.

What did you know about the show going in:

Cecilia: I’ve seen some other stuff by the playwright that I really liked. She tends to write stuff that’s very female driven. I know it’s about the French revolution and that’s my favorite time period to study. Also, there are guillotines.

Amy: Yeah, I know just about nothing. I know the director has done some pretty amazing work in the past, and I’m super excited to see what she’s done with this!

What are you most looking forward to:

Amy: Women being awesome! And maybe there will be some blood and gore! (I mean…it’s about the French Revolution, right?)

Thoughts on Set and Costume:

Cecilia: I wanted to touch everything! The bleu-blanc-rouge painted on the floor was both subtle and brilliant. The corsets, especially were impressive, not only because they were beautiful, but also because the actors managed to breathe in them!

Amy: The set was so minimal, which meant I never had an issue seeing what was going on. The floor looked hand painted, which is pretty darn cool. The costumes were one of the more elaborate parts of the show (as far as tech goes). Everything is kinda old-school French meets modern pop, but the costumes looked all old-school French. 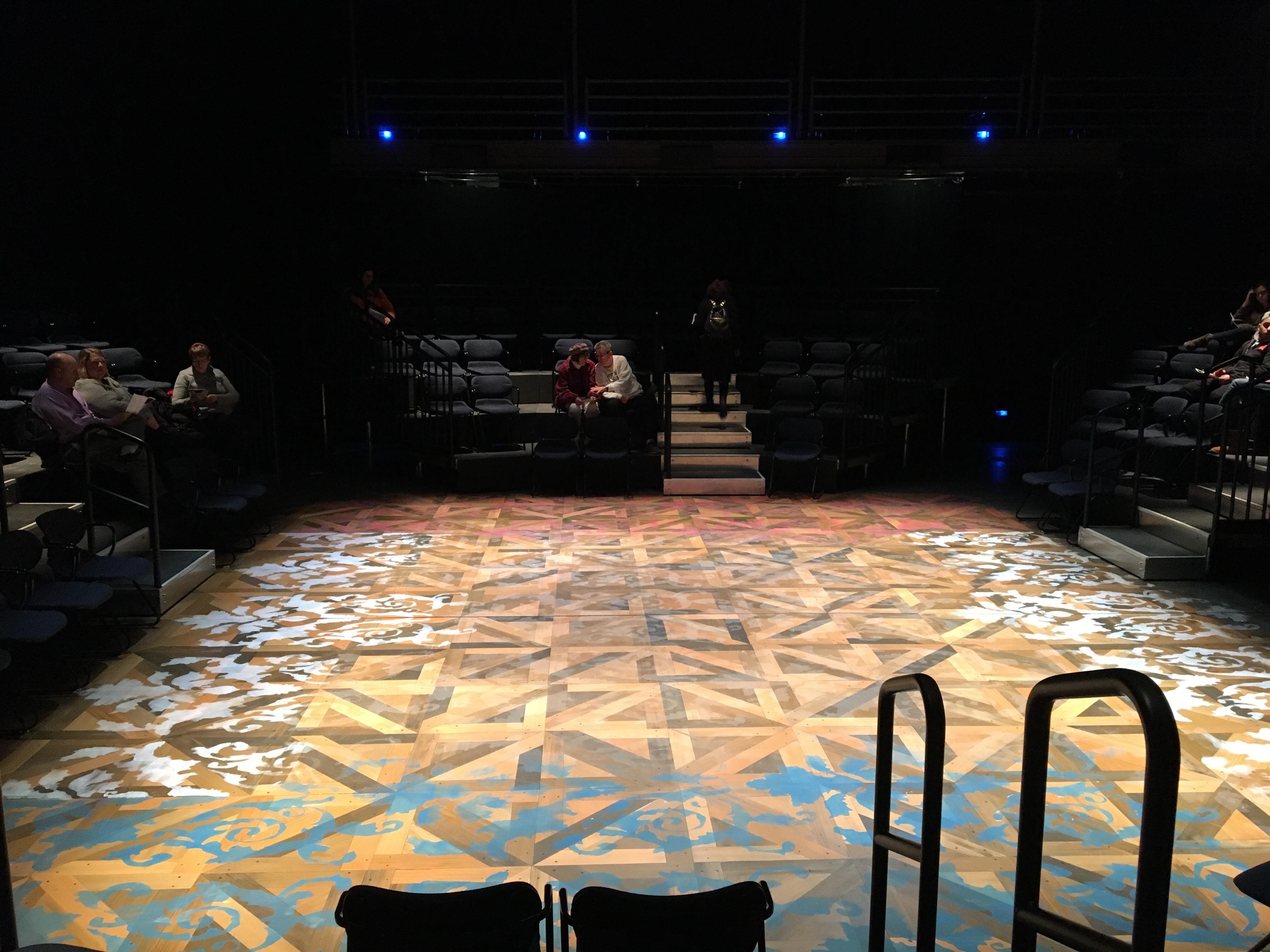 Who Do You Relate To:

Cecilia: I want to believe I have the deadpan look and sharp wit of Marianne. She’s part of a revolution within a revolution, and a true romantic! I felt Olympe’s struggle to use her words and identity wisely as an artist and advocate.

Amy: I think I related to all of the characters in some way. I probably felt most connected to Olympe’s desire to change things and her frustrations when she can’t. But, I also felt connected to Marie’s capacity for change and hope, Marianne’s strength and Charlotte’s convictions.

Cecilia: It was a small, engaged, and fairly diverse crowd for a Wednesday preview night.

Amy: Yeah, totally. I felt like it was a pretty large audience for a performance so early in the week! I always love theater where you can see other audience members because it makes you all kind of feel like a team in some way.

How are Your Seats:

Cecilia: There’s no intermission. Use the restroom before the show begins if you don’t want to end up in front of the guillotine!

Amy: We had great seats! Pretty sure there’s not a bad seat in the house.

Highlight of the Night:

Cecilia: The music was unconventional for a play about the French Revolution, but it was also perfect at the same time.

Amy: Probably anytime Marie Antoinette (played by Bethany Bresnahan) was onstage. Oh man, she was fun to watch! I loved the new take on such a famous figure.

Lowlight of the Night:

Cecilia: I kinda wanted to see some fancy French wigs, but then I realized…it’s the French Revolution…they got rid of them because they represented the wealthy.

Amy: Probably some of the transitions felt a little long? Although the music playing throughout them was awesome.

Words to Describe the Show:

Who Should See This:

Cecilia: Those who love French history. Those who are ready for witty humor, intense emotions, and some soul searching.

Amy: Anyone who loves a story about badass women, who isn’t afraid of a little bit of politics sprinkled on the top, and anyone who is ready to be engaged with the performers. Oh, and artists and empathetic people of all kinds. But it’s probably not for the kiddos.

Cecilia: There’s a lot of thinking to do. Make sure you got a good night’s sleep before going! It’s part factual and part fantasy. One of the main messages I took away was that we shouldn’t be fighting among ourselves when we are trying to change the world.

Amy: After I left the theater, all I wanted to do was talk about the show, and the messages within it. To me, that’s the mark of a really good story. Also, I kept thinking about how these people are in college and insanely talented. It’s so cool we have such a strong theater school right in our town!

University of Nebraska at Omaha presents:

The Revolutionists by Lauren Gunderson

Showtimes: Wednesday-Saturday thru March 3rd. All shows at 7:30pm