Amy and Beau were able to check out Fun Home at Omaha Community Playhouse last Thursday night. Directed by Roxanne Wach, Fun Home follows the Bechdel family as they navigate the tumultuous waves of coming-of-age, family expectations, sexuality and mental illness. Winner of the 2015 Best Musical Tony, Fun Home, is not to be missed.

Book and Lyrics by Lisa Kron

Based on the graphic novel by Alison Bechdel 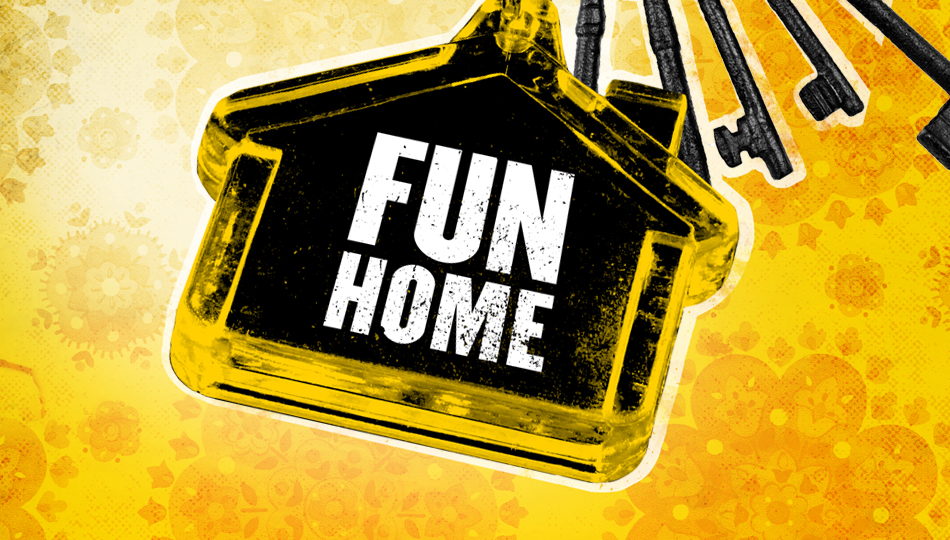 What did you know about the show going in?

Beau: Nothing about the story line, just it’s reputation on Broadway.

What were your thoughts going in?

Amy: I love love love musicals, and I’ve heard great things about this piece. I’m stoked to get see something different. I know the Bechdel test (if a show has scenes where women are talking about something other than men) was named after Alison Bechdel. I love shows that portray strong women in a non-stereotypical way.

Beau: I didn’t know that! I knew I wanted to see it, I was really excited. Listening to the music on the Tony’s or in passing is one thing, sewing it all together is the full package. And I wanted that experience. I love bringing contemporary hits to Omaha and this just felt like a really exciting choice. When I heard it takes place in a funeral home…well, that was unexpected.

Thoughts on the characters:

Amy: I felt like the main characters were pretty well fleshed out. It was really cool seeing three different ages of one person. I thought the actresses playing Allison did a great job of making her cohesive, even though she was in different stages of life.

Beau: *SIGH* Deep, complex, tormented, innocent, trapped. I mean…very, very meaty roles and psyches to chew on. There’s magic in seeing Alison watch herself in the past, harmonize with her past selves, beg to change a memory into a moment. I loved that. The children won my heart. I connected to Bruce, I felt his torment in the his life and I rooted for him.

Thoughts on the atmosphere:

Amy: The set was beautiful, and the space intimate. It really drew me into the story, and made me feel like I was a part of it. I did feel like there was a big chunk of underutilized space, and I would have liked to see more.

Beau: I thought the set changes and the mobility of the pieces were very streamlined. I loved the costumes and color palette. I too thought the set could’ve been either utilized more or downsized for a more intimate experience. But it was beautiful and ornate as it was meant to be. 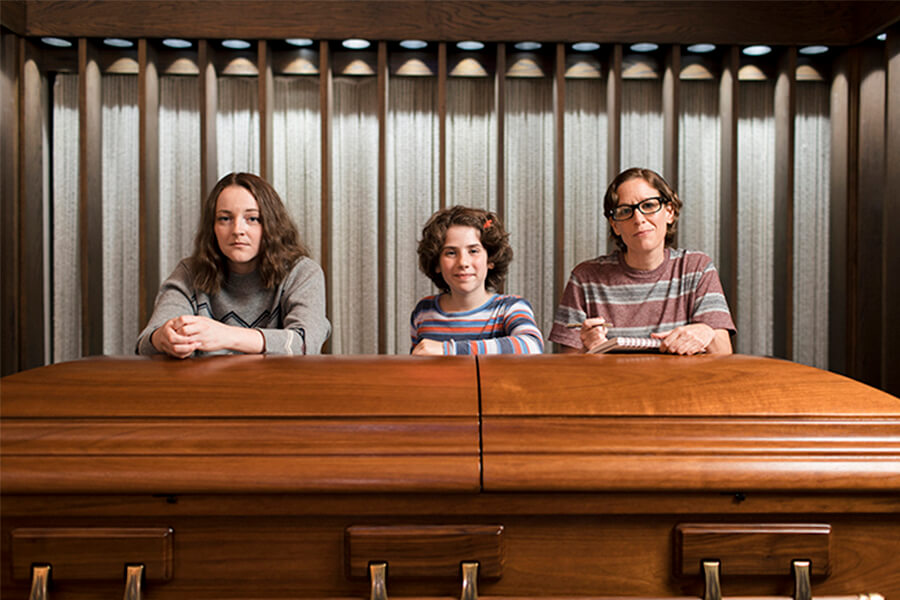 Highlight of the night:

Amy: Oh, for sure the kids. They had this musical number that was my favorite part of the show. They were so adorable, animated and entertaining. Plus the choreography was awesome-it really fit the space and the characters.

Beau: The kids blew me away. They brought levity and light to an ultimately heavy story. They kept the energy high. Sasha Dennenburg as young Alison was so vibrant and incredible to watch. ‘Changing My Major’ and ‘Ring of Keys’ were the musical numbers that really spoke to my heart, with Analisa Peyton being so relatable as an awkward middle Alison. I also haven’t seen Angie Heim onstage in some time (I missed her last big show) and I thought she really brought the introspective and somewhat tormented Alison to life. Particularly, as I said, when she was watching her past selves in amusement or otherwise.

Lowlight of the night:

Amy: I feel like there were a lot of moments I had trouble seeing what was going on. Also, I felt like the pace was kind of slow at times.

Beau: I was offended to be ID’d at the bar. Look into my eyes and tell me I’m not in my mid-30’s, with two children and worn out. I dare you.

Was there anything you could relate to?

Amy: Absolutely. I think it’s something that a lot of people can relate to: Loving your parents desperately, but knowing they want you to be something that you’re not. Also that feeling of looking back on your life. The clarity of detail that comes, and the desire to change things that are unchangeable.

Beau: All of it–I don’t identify as a white lesbian–but I can share in the intimacy of growing up and feeling different. The adult role of pretending everything is fine, when it’s not. The anxiety of blossoming sexuality…there’s a lot to find yourself in.

Who would you recommend this to?

Amy: I don’t think there are a lot of people that won’t find something in here to relate to. There are a few adult themes (though nothing too intense), so maybe keep the little ones away.

Beau: I would love for adolescent LGBTQers to see this show. I think it was made for them.