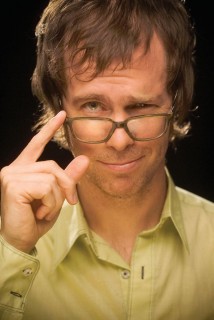 Ben Folds’ biggest hit has always been a sidestep from what makes Ben Folds such a captivating musician. 1997’s “Brick” off of Ben Folds Five’s Whatever & Ever Amen painted Folds as a somber, delicate songwriter. Meanwhile, Folds had already cultivated a fan base that knew his piano pop could morph into all sorts of shapes, the best of which coupled upbeat, jazzy arrangements with tongue-in-cheek smart-ass lyrical voice. Since then, Folds has left the Five behind for rewarding solo turns including the inventive 2010 album Lonely Avenue, a collaboration with High Fidelity author Nick Hornby. –Chris Aponick