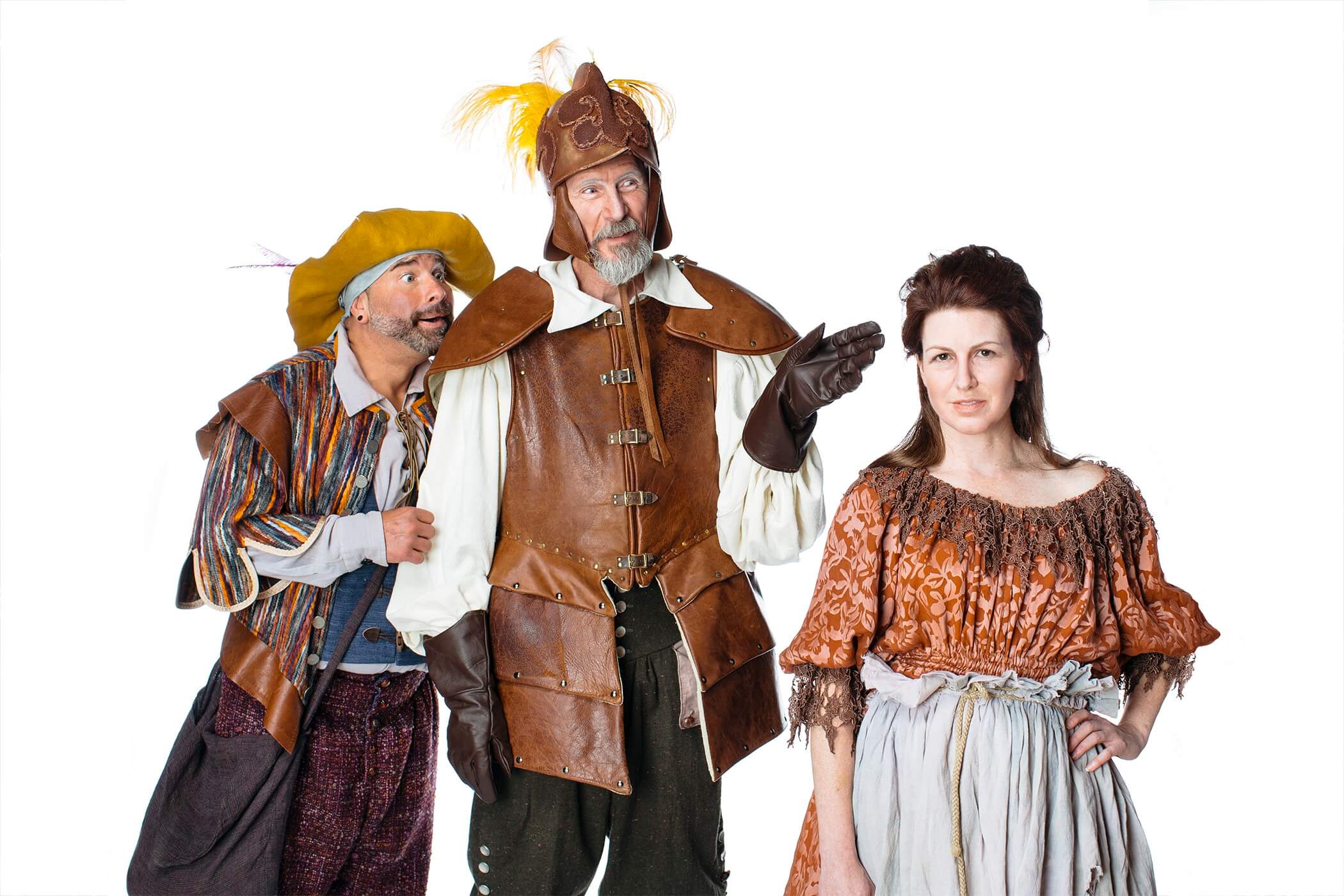 The five-time Tony award winner Man of La Mancha runs at the Omaha Community Playhouse through October 18th. It tells the story of Miguel de Cervantes after he’s imprisoned during the Spanish Inquisition. With the manuscript of a play he wrote his only possession, Cervantes uses the prison and his fellow cellmates to tell the story of Don Quixote, a story that celebrates the power of imagination. The Playhouse’s Artistic Director, Hilary Adams, said the classic 1964 musical was long overdue for a mainstage run.

“Man of La Mancha is a classic and it hasn’t been done at the Playhouse for some time,” Adams said. “It’s one that has lasting appeal and is enormously fun to put onto the stage. It’s also an opportunity for a whole generation of artists to work on a show at the Playhouse that they haven’t’ had the chance to [work on].”

Adams said that the musical is more like a play merged with an opera. It comes from a time of experimentation in musical theatre and, as such, doesn’t fit into the traditional musical format. Often times, songs don’t further the story along, choosing to enhance a character’s emotional state instead of their plot points. The scenes between songs are quite lengthier than your typical musical. The non-traditional format paired with the imaginative script made for a lot of fun for cast and crew alike.

“There’s also something really fun in La Mancha,” she said. “The transitions in the script just say things like ‘…and then we’re in an inn,’ and they give you a few bars of music. That’s all the instruction you have, there’s no text, so you have to magically and theatrically get yourself from location to location throughout the musical. It’s been really fun to find the ways to storytell those with this company.”

Adams said that even 400 years after Cervantes’ death, audience members can see how a version of his classic tale still resonates with people all over the world.

“There’s a heart in Man of La Mancha that’s enduring and appealing to everyone,” she said. “It’s about the power of storytelling to give hope in impossible situations. That’s something you hear even today when people are in prisons around the world. They talk about how various forms of storytelling and communication with their fellow prisoners have given them a lifeline and an ability to cope and transcend the situations which they’re in. You get to watch a hero not only be courageous himself, but impart courage to those who may not have it anymore, who may have lost it and feel like they are in a hopeless situation. I think it’s that journey that is deeply inspiring and really touches people.”

The Omaha Community Playhouse’s production of Man of La Mancha will run through Sunday, October 18th on the Hawks Mainstage. For more information on the production, visit www.OmahaPlayhouse.com.