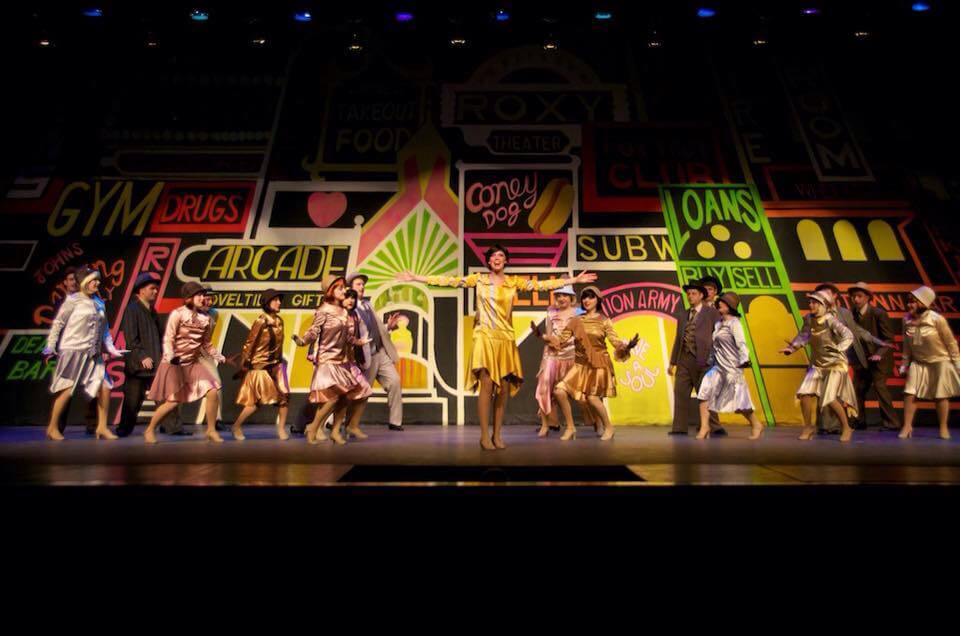 While the month of July is typically the ‘off-season’ for most theatres in the Omaha area, Ralston Community Theatre’s production of Thoroughly Modern Millie is in full swing. Cast member Jon Flower said the show is a great tale about a young woman in jazz age New York.

“It’s about a young girl who moves from Kansas to New York City,” he said. “It’s set in 1920, during prohibition. It’s a big production, full of a bunch of big dance numbers. It’s also a coming of age tale. She comes to New York thinking she wants to change her life. She’s trying to figure out who she is, what she wants to be, she meets some friends, and falls in love. It’s a journey of self-discovery.”

Flower plays Millie’s boss, Trevor Graydon III, who hires her after seeing her top-notch stenography skills. It’s a fun role that gets plenty of laughs, but the best part of show, according to him, is watching the top-notch chorus.

“Most of my bits are a little larger than life,” he said. “I’m the comedic relief so it was a little easier for me to jump into the role. A lot of the work was done by our chorus members. I give them a lot of credit. We have one of the most talented choruses I’ve ever worked with. In the first act especially, they run from number to number, easily changing their style of vocal performance. It’s truly outstanding.”

Since the show is set in 1922, a good portion of the music features high energy, upbeat jazz music. But Flower said the show provides plenty of musical variety, both in pace and tone.

“One of the cool things about the show is that there’s multiple types of music,” he said. “Big band jazz was a huge influencer of that time period. However, one thing our music director, Chris Ebke, was able to do was rather than focusing on those high, upbeat, spirits of the roaring 20s numbers, he really got into that more speakeasy kind of style; a lot darker, a lot grittier.”

While most theatres in the Omaha area put on several shows per year, Ralston Community Theatre does only one, usually in the summertime. Flower says it helps put complete focus, energy, and attention to detail on a show that audiences will love, all while helping Ralston maintain its unique identity. He wants area residents to take a trip to Omaha’s neighboring city for a chance enjoy a top-notch production full of music and dancing.