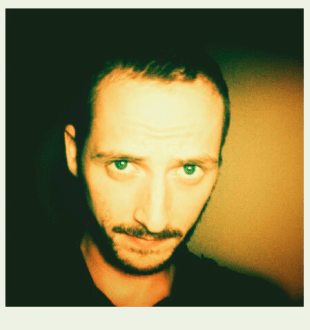 Operation Crucible shows four survivors of the Sheffield Blitz, the Nazi bombing of the British city known to the rest of the world for its cutlery but targeted for its vital steel-making in World War II.

Those bare facts only scratch the surface of the humanity brought to life as they cling to it huddled in a small section of the cellar under a seven-story hotel. They live while 70 others die as bombs turn the building into a pile of rubble.

Thanks to director Lara Marsh and four players of the Brigit Saint Brigit company, the 80-minute play by Kieran Knowles is a compelling experience, rich with insight into coping under the most challenging conditions. The small audience sits on the stage of the Jewish Community Center, hearing the menacing sounds of warplanes in the night and the whistles of falling bombs, but mostly the words of men sharing what could be their final moments.

At their most excruciating, they recall the last words spoken to loved ones. But the playwright lightens the burden by escaping the despair with brighter memories and even the dark humor as they laugh at the thought that bombs could also be falling on Hillsborough, their soccer rivals. Once Phil (Eric Grant Leanna) turns on Tommy (Daniel Sukup), blaming him for stopping Phil from fleeing their shelter to run to his wife and baby.

They share the refuge with Arthur (Daniel Dorner who wowed playgoers in Brigit’s Iliad) and Bob (Eddie McGonigal), the youngest who they tease and send on fool’s errands. Their thoughts that fill the hours captive in the cellar reveal family and community ties.

Bob seeks optimism from the others, repeating his hope that all will end well. Tommy retreats to memories of his father’s fate in World War I, advancing across No Man’s Land into German machine gun fire.

Arthur recalls arriving on the steel mill job with his father and learning the hard life of working with molten metal that must be handled carefully and precisely to shape it into the steel expected from the Sheffield mills. And Phil relives meeting Elaine, the woman who will become his wife and bear the baby he wants to hold in his arms again.

Brigit’s devotion to classics and Irish drama is honored here, not with an established work, but one that lives up to the quality expected from a selection by founding artistic director Cathy Kurz. Dorner and Grant Leanna are proven members of her company, and McGonigal joined her Inherit the Wind cast earlier this season.

Newcomer Daniel Sukup hails from Honey Creek, Iowa, but claims credits ranging from the Missoula Children’s Theatre to the Royal Caribbean staff on “Brilliance of the Seas.” All four give the convincing performances necessary to the intense intimacy of this spare setting.

Director Marsh uses few props and minimal furnishings (a few chairs and small benches), but offers plenty of movement. At times, as the players rush around the stage and get in the faces of the audience, it can feel a little overdone, but more often it works.

Operation Crucible does justice to an awful time in history when the English people stood strong and heroic against a brutal enemy. Arrive early enough to read some of the background for this story in the program. Brigit always does a good job of supplying such history, but this time the added insights are exceptionally valuable.