Recently I’ve been giving a lot of thought to what exactly “community theater” means. In the purest form, it’s shows put on by a community for a community. As I sat watching Ralston Theatre’s current production of Annie, I felt I was watching Community Theater at its finest. The auditorium was filled with a variety of ages, and everyone stood around the concession stand getting to know each other during the intermission. Did I feel like I was exposed to a new way of thinking or new cultures? No. Did I feel surrounded by an audience that was thoroughly enjoying watching their neighbors and friends and family pour their hearts out on stage? Absolutely. 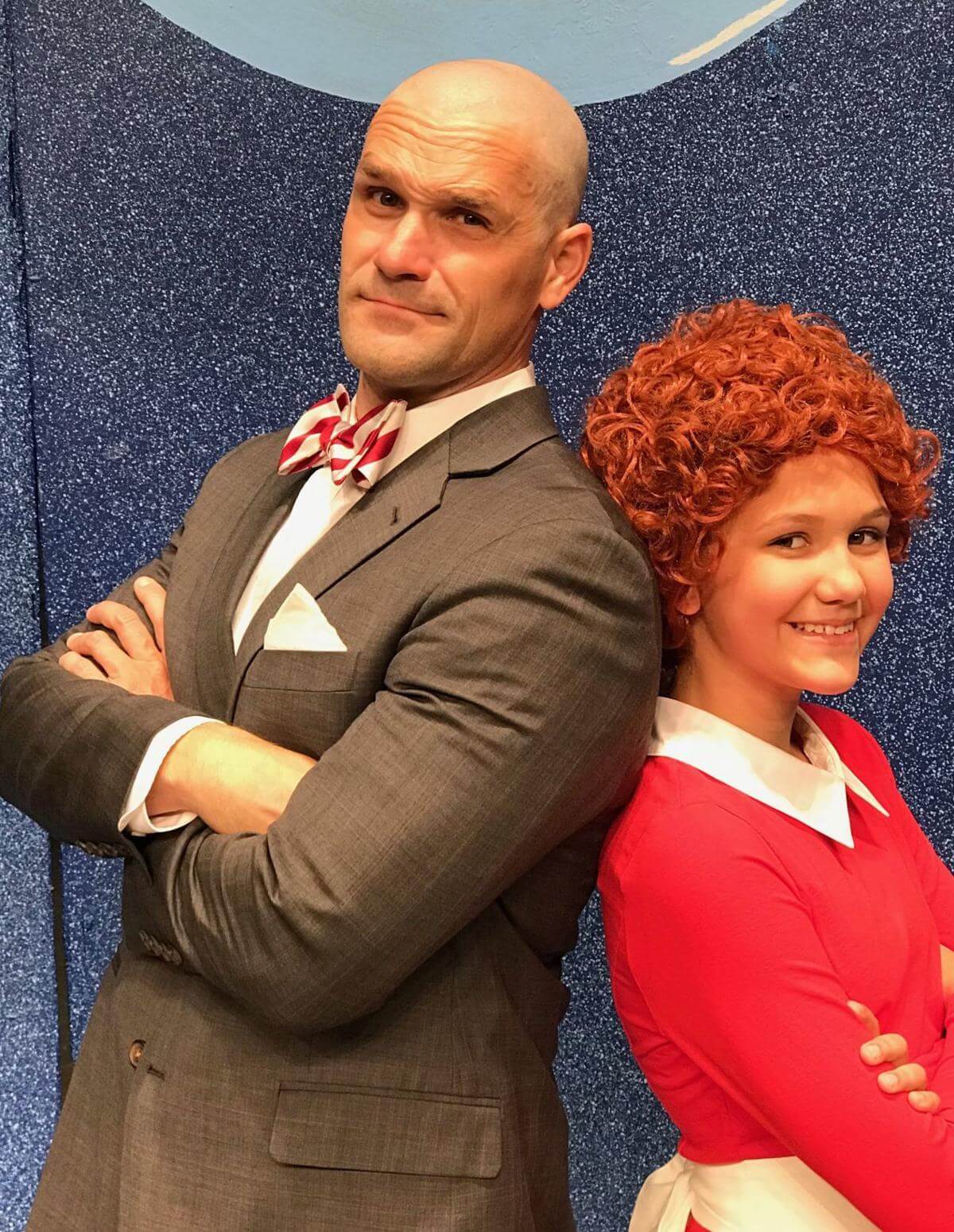 For those of you who aren’t familiar with the classic, Annie follows the beloved and optimistic orphan, as she warms (almost) every heart she meets. The young girl, clinging to the hope that her parents are still alive, is taken in by Oliver Warbucks, the billionaire. She helps remind the money loving man that there’s no real point in having a lot if you don’t have anyone to share it with. While a few sat in ivory towers, there were also glimpses into the poverty and disparity of the many during the Great Depression. Some lived on the street, some turned to less stoic means of survival.

With an insanely large cast of 42, director Todd Uhrmacher compiled a group filled with a wide range of ages, and talent. The young girls playing the orphans were adorable as they tumbled across the stage singing some of the musical’s most iconic songs. Tessie (Braylyn Coats), perhaps the youngest of the group, was beyond charming, and her comedic timing was impeccable. One might have thought she was a more seasoned actress. Miss Hannigan, played by Sarah Ebke stole every number she was in. He voice was crystal clear and her characterizations were funny and sharp. Sarah wasn’t the only Ebke involved with the production. Her husband Chris was the music director, Chris’ brother, David, played President Roosevelt, and parents Steve and Debi played Drake and Mrs. Greer. The family is clearly full of talent, and again I felt an overwhelming sense of the word “community” as I watched them perform together. 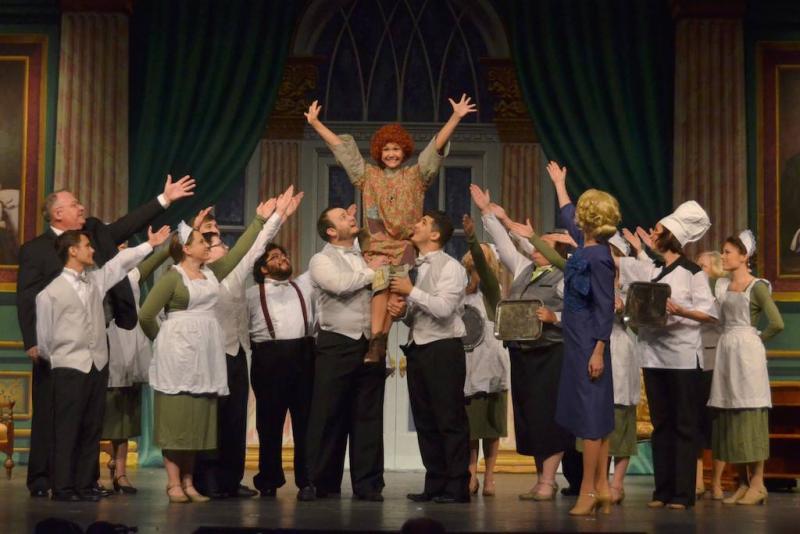 The scenic design (Joey Lorincz) and scenic art (Trish Place) were beautiful. The intricately painted backdrops and detailed set pieces brought the production to a more professional level. However, the pieces were large and elaborate which led to some slow transitions between scenes. Perhaps this is why the run time was about 2.5 hours. Some tightening up of these changeovers would be ideal. However, there weren’t many times that I felt like the evening dragged; almost every moment was fun to watch.

There are two things in theater people joke that you should never work with: Children and dogs. Annie had both (and oh my goodness that dog was so cute). This production was full of fun and joy, so if you’re looking for a night of classic theater that will leave you feeling good, this is a great choice. I highly recommend bringing the kiddos! Watching the youngsters onstage strutting their stuff just might spark a love of theater and community that will be hard to break. -Amy Schweid