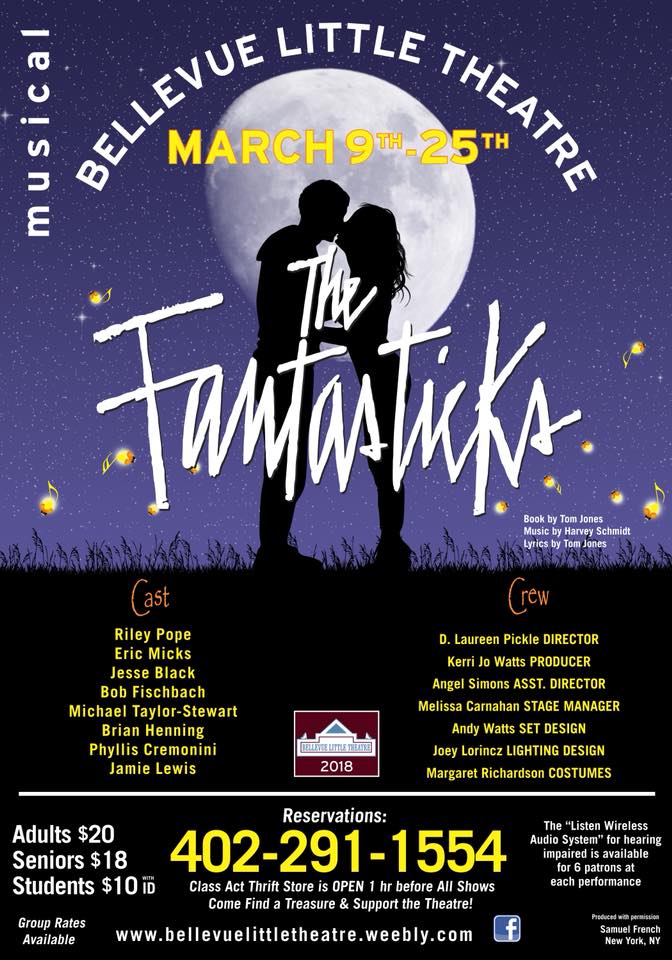 “The Fantasticks” first premiered in 1960. Apparently, it’s kind of hard for people to figure out exactly why it ran for so long (42 years) and was so popular. But I have to say, as I sat in the audience, I think I understood it. The show has a message that probably speaks to almost every human; life is beautiful, but it hurts. The first act is an act of romance and moonlight where lovers whisper and dream. The second act is one of harsh sunlight, pain, and the growth that comes because of it. If that doesn’t resonate with you on some level, you might be a robot.

The music is insanely catchy, and sounds super hard to sing. The performers could hold their own in some of the more complicated numbers. Jesse Black, as El Gallo, had an entrancingly powerful voice that filled the theater. Bob Fischbach (Bellomy) and Michael Taylor-Stewart (Hucklebee) were adorably delightful in their duets. That’s not even touching on the off-the-charts high notes that high school student Riley Pope (Luisa) was expected to hit. I give credit for this success to the direction of D. Laureen Pickle. That woman works magic with a singing voice. I did wish at times that I could have heard the accompaniment and the singing a little more clearly in the large room.

The staging, on such a small set, sometimes felt like it was lacking, but the big performances made up for it. I was most captivated by Jamie Lewis playing Henry, an old, washed up performer. His comedic timing, and goofy physicality was spot on. 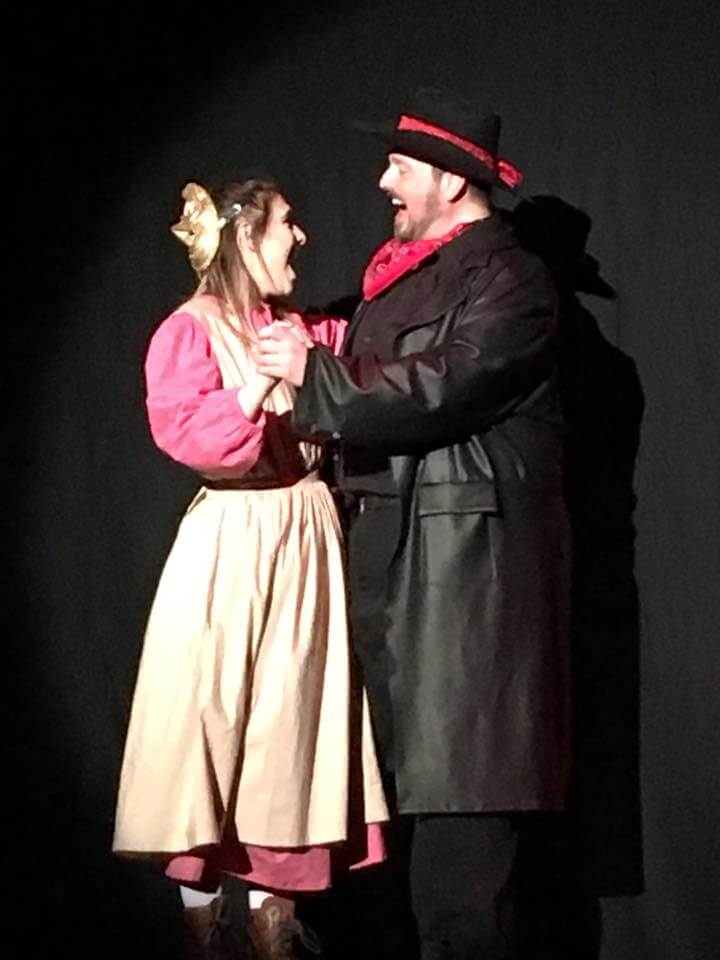 One of the downsides of doing some of these older musicals are the occasional outdated cultural references. I squirmed a little bit every time they mentioned Indians in a derogatory way, or saw one of the characters wearing imitation war paint. I wondered how much of that, however, was the script and how much was a production choice. I’m looking forward to seeing how we address problematic issues of classic scripts in the future. Recently, in a one-night only revival of the show starring Eric McCormack (Will & Grace) at the Stratford Festival in Ontario Canada, the character Mortimer was cut altogether. Entering the show, bumbling, wearing a loin cloth and “Indian headdress”, Mortimer was the prime offender and not many were sad to see him go, as we advance as humans I imagine he won’t be the last character to be scrutinized in our theatrical lexicon.

This is a show that resonates with a wide variety of people. I think that it will be a musical in which both younger and older generations alike will find something to love. Anyone who grew up in the 50’s and 60’s though, I have a feeling this will be one you won’t want to miss.

Showtimes: Fridays and Saturdays 7:30 and Sundays 2:00